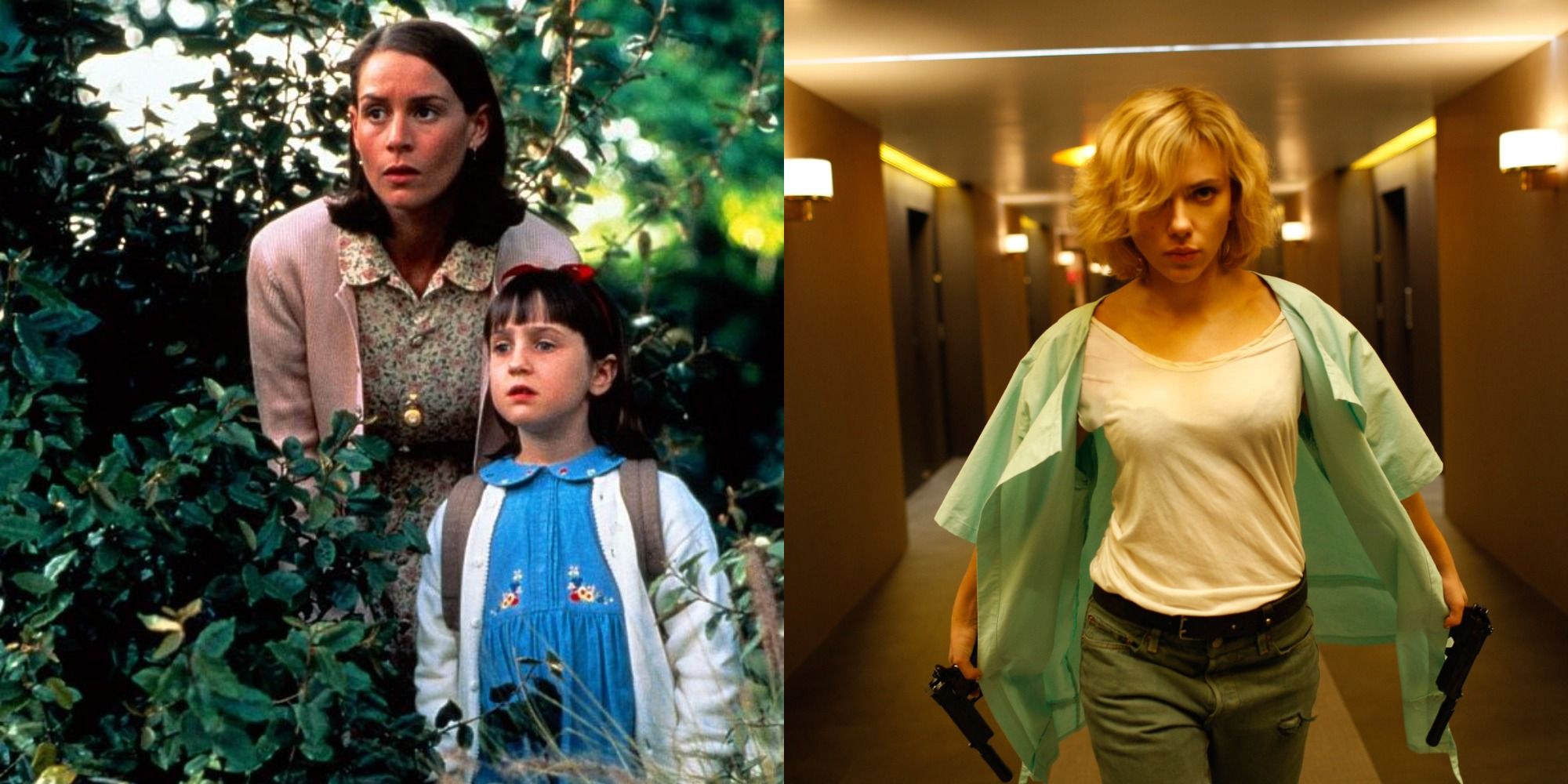 Content Warning: This article contains references to kidnapping and murder.

Telekinesis, also known as psychokinesis, is a psychic ability that has been shown on the big screen several times. The power to move objects with the mind became a popular subject in many films from the late 1970s to the early 1990s, when the subject was often debated both in the scientific community and on talk shows. in the morning.

Modern representations of telekinesis are often used to advance plot points, rather than having the whole movie revolve around psychic ability itself (as seen in movies like Star wars and hit series like Strange things). Of course, there are recent exceptions that highlight telekinesis in a unique way, taking inspiration from older films to add a new twist to the concept.

Set in a small town in Northern California, the 1996 film revolves around the story of a mechanic named George Malley (played by John Travolta). After seeing flashing lights outside a bar one night, George gains telekinetic powers and high levels of intelligence. He uses these new skills to do good, even saving someone from certain death at some point.

Phenomenon is often criticized for its surprising plot that somewhat undermines the protagonist’s telekinetic abilities. However, it’s this same twist that makes the film so poignant at the end as it explores what matters most to George in his final moments on earth.

Based on the novel of the same name from 1976, Fury tells the story of former CIA agent Peter Sandza (played by Kirk Douglas) who has to work with Gillian Bellaver (played by Amy Irving) after his son is kidnapped because of his telekinetic powers. Criminals conduct experiments to figure out how to use these telekinetic powers for their own purposes.

This film deserves much more press than it received and deserves to be seen again today. It’s one of those forgotten horror movies from the 70s that really captured the spirit of the genre at the time. It was (arguably) the best job Brian De Palma ever did as he created a masterpiece that was entirely his with Fury.

After the resounding success of Train to Busan in 2016, director Yeon Sang-ho directed South Korea’s very first superhero film, Psychokinesis in 2018. It stars a bank security guard who unexpectedly gains telekinetic powers after drinking from a mountain spring. He uses these powers for good, saving people and defending a community against an exploitative business.

The film doesn’t take itself too seriously, as between its well-choreographed action scenes there are some humorous conversations that often poke fun at the premise of the film. Behind his comedic approach, viewers will find a more in-depth commentary on real societal issues present in the country and around the world.

The 1981 sci-fi horror film directed by David Cronenberg Scanners depicts a tense struggle between people with psychic abilities and ConSec, a private military company that wants to use those powers for itself. The main “scanners” fighting in the film are Michael Ironside and Stephen Lack, played by Darryl Revok and Cameron Vale respectively.

Despite mixed reviews after its initial release, Scanners has been reassessed over the years and is today considered one of the best horror films in the Criterion collection. It is now a cult classic that any movie buff will recognize thanks to its unforgettable, sometimes literally explosive, body horror scenes.

Based on the 1956 novel of the same name, The power was director Byron Haskin’s last film. It revolves around the story of a group of scientists who must find out who among them has telepathic and telekinetic powers.

This thriller is a unique take on the subject that is often only portrayed in sci-fi and horror films. While this still contains elements of horror throughout the film, it mostly focuses on the protagonist’s efforts to unravel an elaborate cover-up by one of the scientists.

Known for movies like Leon: the professional and The fifth Element, director Luc Besson took the best elements of his previous work to produce the sci-fi action drama, Lucy. It centers around Lucy Miller (played by Scarlett Johansson), who gains superhuman abilities after a drug accidentally enters her bloodstream.

RELATED: 15 Thriller Movies From The 90s To Watch Again

While the film received polarizing reviews from critics and fans alike, it delivers a compelling story that its target audience will no doubt appreciate. The quirks of the film may seem laughable or distracting to others, but will likely appeal to some who appreciate its unique take on the genre. Telekinesis is used here to assert the physical and mental potential of humans, often questioning the origins of existence itself.

Sarah’s initiation is a hidden gem among the many horror films made for 70s television. Directed by Robert Day, the film tells the story of telekineticist Sarah Goodwin (played by Kay Lenz) and her sister Patty (played by Morgan Brittany), who must navigate the terrifying process of joining a sorority.

While the film is often cheesy, it remains enjoyable for viewers who want classic catfights and sorority dramas, interspersed with psychic powers and brutal killings. The odd combination ends up working really well, and those who watch it for the first time are likely to be pleasantly surprised by the thrilling twists and turns and dramatic ending to the film.

This Norwegian thriller, directed by Joachim Trier, follows the story of Thelma (played by Eili Harboe), a young woman who begins to develop feelings for Anja (played by Kaya Wilkins). Thelma discovers that these feelings trigger telekinetic powers, which soon become too intense to be controlled.

Considered one of the best romantic horror films, Thelma explores the themes of acceptance, love and religion. The supernatural thriller brilliantly uses telekinesis as a metaphor for the protagonist’s internal struggles, while also depicting the impact of psychic power on the real world.

Directed, produced and narrated by Danny DeVito, Mathilde is a ’90s classic that fans probably watched as children. Based on Roald Dahl’s 1998 novel, the film follows the story of Matilda Wormwood (played by Mara Wilson) who unexpectedly develops powers of telekinesis. She uses them to deal with her neglectful parents and tyrannical manager, hilariously putting adults in embarrassing and embarrassing situations.

RELATED: 10 Movies To Watch If You Love Matilda

While some fans may recall some scary moments in Mathilde, it is above all a light and comical film intended for children. The black-and-white portrayal of adult villains in the film is typical of this genre, as some viewers can likely relate to the protagonist’s experiences at school and with her family. Of course, the scenes where Matilda uses her telekinetic powers to defeat bullies are also entertaining.

This 2012 simulated documentary revolves around the experience of three high school friends who accidentally discover a hidden object that gives them powers of telekinesis. Directed by Josh Trank, the Chronicle explore how the trio deal with the darker side of these powers.

At first glance, the film looks like a deceptively simple account of the dangers of the superpowers. However, the found footage-style film becomes surprisingly moving as viewers are drawn to the protagonists’ individual stories. The drama surrounding the lives of these teenagers eventually becomes the focus of the film, with telekinesis only used as a tool to express the characters’ inner struggles and turmoil.

NEXT: 10 Sci-Fi Movies From The 70s That Are Still Stunning Today


Next
The Suicide Squad: 10 biggest differences between the 2021 and 2016 versions

Saab is a freelance writer for Screen Rant. She is based in Metro Manila, Philippines, where she lives with her partner, two big cats and two hundred houseplants. She is passionate about everything related to pop culture and design. When not writing, she tends her indoor garden or watches real crime stories on Netflix.