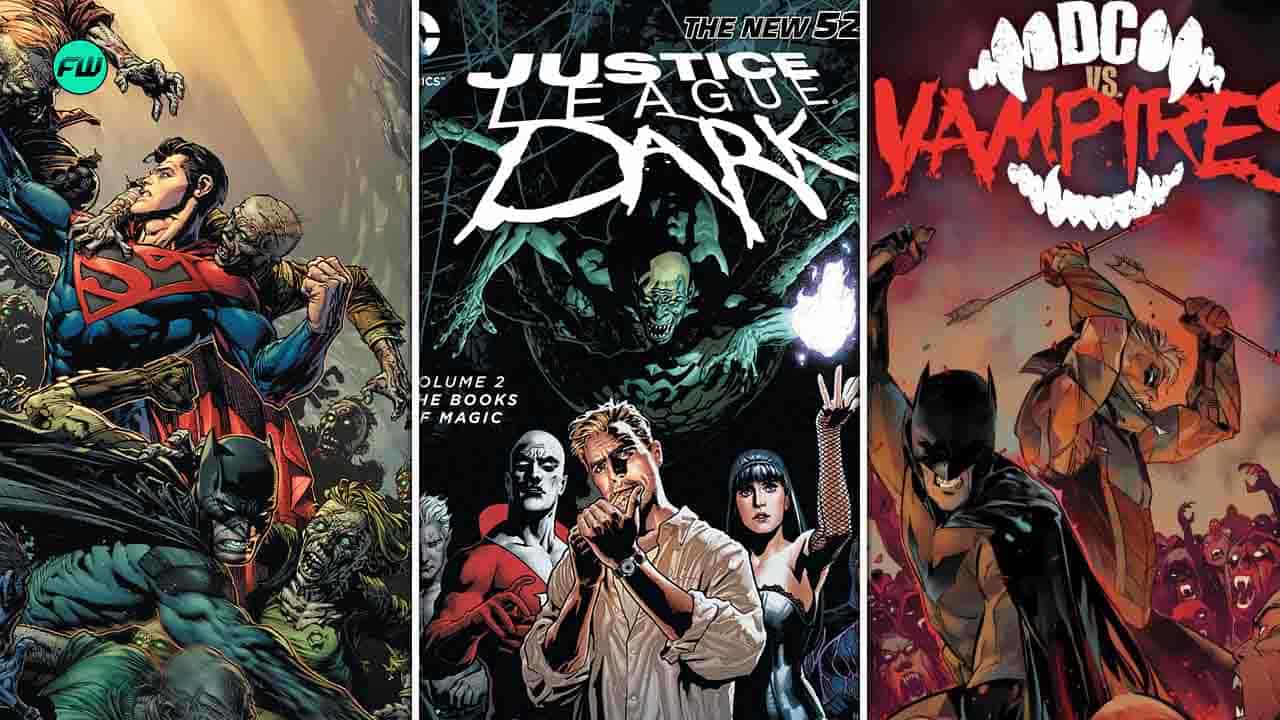 DC Comics is best known for its superhero comics, producing some of the most intense horror comics. Since the company’s flagship character, Batman has been a brooding goth terror who uses fear as a weapon. However, DC’s horror stories foreshadow that superheroes nonetheless embody hope.
DC Comics has housed several well-written genres like Batman, Aquaman, Sandman, Vampires, etc. Yet that horror lurks in the dark, waiting to pounce.

1. The Hellblazer portrays working-class mage and con artist John Constantine. Alan Moore created the character of Constantine in his run on Swamp Thing. During the Thatcher years, Constantine faced homelessness, sexual violence and racism. The story has horror, thriller, action, and a character to follow, which makes it highly anticipated.

2. The Sandman is one of Neil Gaiman’s most important works of English literature, not just as a comic. This story has it all! Outside of the Golden Age DC comics, the Sandman is arguably the most recognizable comic of its genre. The Book Fanbase is also increasing every year. Netflix’s latest series is sure to keep Gaiman’s opus alive for a long time to come.

3. Scott Snyder began writing Batman when Dick Grayson took on the role of Batman after Bruce Wayne’s apparent death in Final Crisis. Snyder injected into his writing the terror he felt when writing characters as important as Batman and Dick Grayson. As a result, the antagonists fill up with the story and James Gordon Jr., one of the most disturbing elements in the story.

4. The original members of Justice League Dark are John Constantine, Madame Xanadu, Deadman, Shade: The Changing Man and Zatanna, along with prominent members including Swamp Thing and Wonder Woman. Additionally, the DC Universe supernatural characters make up the team that handles situations outside of the League’s traditional task realm.

5. The Dollhouse Family, a dark fantasy thriller, has the most disturbing characters and secrets to uncover so far. The story of a small family living in a haunted dollhouse with a young girl creating a growing sense of dread, will keep you awake at night. The series features a new / old horror genre and, as the label says, “playtime never ends.”

6. DCeased is an incredibly terrifying and horrifying DC story told with a brilliant twist. Sadly, even Batman doesn’t survive the first issue, showing how scary things are. The story is filled with many deaths, gore, and intense fears, as you would expect from a zombie story.

7. First appeared in 1981 as a backup story in the horror anthology House of Mystery, Andrew Bennett is the Lord of the Vampires. Although after receiving critical acclaim, the series was canceled due to low sales.

8. In Blackest Night, a character called Nekron revives dead superheroes to eliminate all life and emotion from the universe. The book is full of spooky images and spooky moments that will engage readers and make them feel terrified.

9. In CC VS. VAMPIRES, our heroes will grapple with the question of who to trust as they face off against a secret army of vampires. While the book is yet to be released, the title lays out what readers can expect: lots of superhero vs. vampire action in 12 issues.

10. Doorway to Nightmare debuted as part of DC’s new mystery series, which looked to see if readers would embrace horror again. But, sadly, he didn’t survive the DC implosion after just five issues.