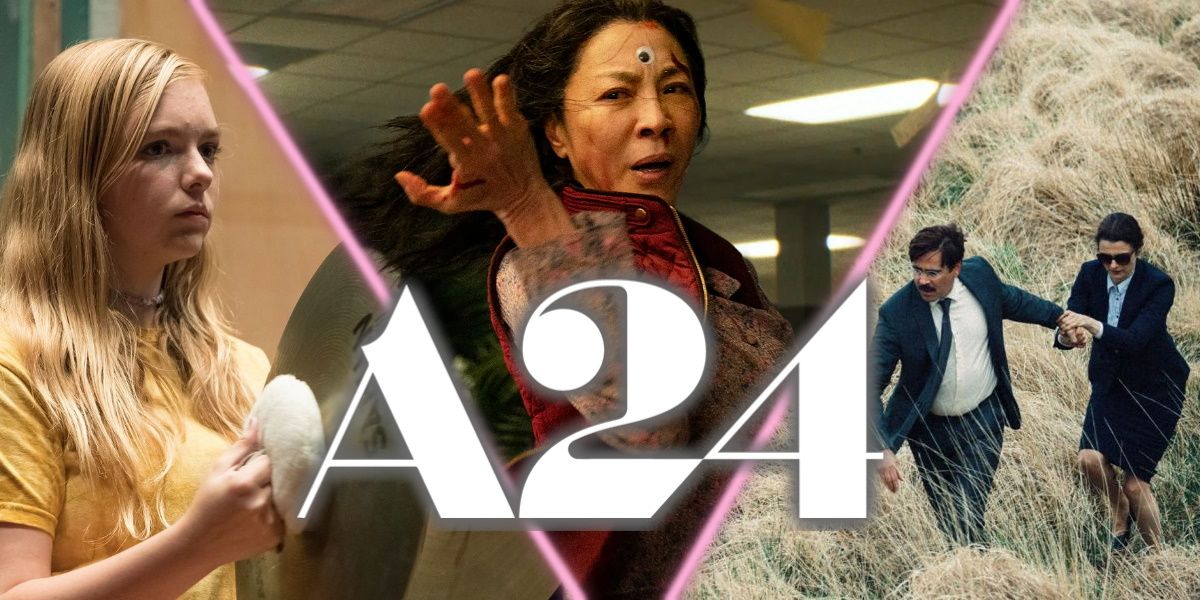 10 Highest Rated A24 Comedy Movies, According To IMDb

A24 is a name any movie buff has probably heard thousands of times. It’s the movie studio responsible for allowing many great, up-and-coming filmmakers to express their true vision and have full creative control over their films. The studio’s main success was born out of their popular horror, and that’s what most people probably associate A24 with, surreal, more artsy “horror” films that have essentially become a genre of their own. People often forget that A24 produces all genre films, one of which has seen a big increase in recent years, its “comedy” films.

RELATED: 7 A24 Movies That Could Score Oscar Nominations This Year

Recently, Everything everywhere all at once became one of A24’s biggest hits, connecting with many audience members and becoming the studio’s highest-grossing film. But that’s not where A24’s comedy successes end, as they still have many other great hits in this genre, such as lady bird and spring breakers.

Swiss army man marks the duo’s directorial debut Daniel Kwan and Daniel Scheinertknown collectively as The Daniels. movie stars Paul Dano and Daniel Radcliffe in a surreal journey between the friendship of a man named Hank (dano) and a corpse called Manny (Radcliffe). The film follows their journey as they try to get Hank to the woman of his dreams after being stranded on a desert island.

The film is known for its absurd and random humor which is generally enjoyable but can sometimes be a hit or a miss. However, if you find you like the special nature of some other projects the Daniels are involved in, such as Everything everywhere all at once Where Ththe death of Dick Longyou might find yourself loving this movie.

Yorgos Lanthimos is a director with an eye for the strange and the surreal. Lobster is no exception; some people may not get over its quirks. The film is a surreal dark comedy set in a world where single people are whisked away to a hotel and forced to find a partner within 45 days. If they don’t, they will be transformed into an animal of their choice.

The film requires a specific taste to be enjoyed, but if you like Lanthimos’ more brutal style, this is an absolute hoot! It manages to be a multi-layered exploration of relationships and how the world views love, presented in a very compelling and oddly humorous way.

RELATED: Every A24 Horror Movie Ranked From Worst To Best

Director Sean Baker understands how to study a terrible, trashy person in a way that still makes the character charming and fun to watch, and it excels in red rocket. movie stars Simon Rex as an ex-porn star who has to retire to his hometown after being unsuccessful in Los Angeles. However, when he meets a young woman, he begins to get back on his feet and believes he can regain his sense of stardom.

Like many others on this list, this movie combines comedy and drama to make for an equally funny yet engaging and captivating experience. The film has great performances that perfectly convey the range of emotions the film expresses, especially Rex, who shines in a role unlike anything he’s done before.

The Disaster Artist is led by and even stars James Franco, who plays a fictional version of a real actor Tommy Wiseau. The film serves as the actor’s biography and tells the story of the unlikely friendship between Wiseau and Greg Sestero (David Franco) and their production of their film Bedroomwhich is regularly considered one of the worst movies ever made.

Bedroom is a film that is widely considered “so bad it’s funny”, which makes The Disaster Artist a great companion, as this is a truly hilarious film about the story of how Bedroom has been conceived.

RELATED: From ‘Plan 9’ to ‘Birdemic:’ The Best Worst Movies Like ‘The Room’

Mid 90s is the first film of the famous comedian Jonah Hill, and its comedic journey is definitely reflected in this movie, but it doesn’t fail to be a compelling drama either. It follows a young boy named Stevie (Sunny Suljic) who struggles to find her place in the world while dealing with many family dramas. However, he begins to feel a sense of belonging after spending time with a group of older skateboarders.

Much of the film’s comedy comes from the fun dialogue and enjoyable characters. This movie has a sense of nostalgia and care about the community and time period the movie is set in, which adds to the aesthetics and fun.

Eigth year is a famous comedian Bo Burnhamdirector’s first feature film, following a young teenage girl named Kayla (Elsie Fisher) as she struggles through her final week of eighth grade. Although Burnham is known for his comedy specials, this film differs from his usual style of art and humor.

The film is a great coming-of-age comedy/drama meant to capture the essence of the senior year of college and show the modern age of how teenagers interact with each other and the world around them. surrounds through school and social media.

RELATED: 7 Best Actor-turned-Director Debuts Of The Past 20 Years

lady bird tells the story of a high school student (Saoirse Ronan) who plans to escape his small town and his declining relationship with his mother by going to college in New York. The movie was made by Greta Gerwig, with yet another terrific directorial debut on this list. Gerwig is known for his acting roles in Frances Ha and 20th century women and then led Little woman.

lady bird has a ton of personality, which can be seen in the style of the movie. Although its scope is very grounded, the film builds on its lighthearted and very hilarious storyline which does wonders in terms of movie enjoyment. Much of the humor in this movie works well and is brought to life by the fantastic script and performance.

The farewell tells the fascinating story of a family who learns that their grandmother has unfortunately contracted cancer and that they have a long time to live. However, the family decides to keep this information a secret and not tell their grandmother and choose to have a family reunion to give her a good start.

The film is based on a true story, which the director Lulu Wang experimented. You can tell the movie put a ton of care into its subject matter and presentation. The film reflects on responsibility and cultural differences related to how people choose to express information.

RELATED: 9 Great Lesser-Known A24 Movies On HBO Max, From ‘Enemy’ To ‘Locke’

Based on the popular YouTube short Marcel the shell with shoes tells the story of a small seashell who sets out on a journey to find his long-lost family because he misses the seashell community he once lived in deeply.

The film is such a joyful and sweet little experience that you might find it hard not to get emotionally invested in it. Marcel is such a lovable yet witty and funny character that lifts the tone of the movie and makes it an amazing family movie that anyone can enjoy.

The Daniels are back, grabbing the top spot with their latest outing, Everything everywhere all at once, which is one of the best films of the year. The film follows a Chinese woman (Michelle Yeo) living in America that is audited by the IRS. However, during this whole affair, she is contacted by another universe with a message that she must stop a powerful being from destroying the entire multiverse.

Fans of most movie genres can enjoy this one because it’s not entirely a comedy because, as the title suggests, it’s a bit of everything. However, the film emphasizes its humorous aspects. It manages to blend so many genres such as drama, action and comedy in such an entertaining way. Although very strange and unconventional, the film is still very accessible and a joyful experience that has charmed many people.

KEEP READING: The 10 Best A24 Comedies Based On Rotten Tomatoes Tomatometer

3 bad credit loans to avoid at all costs