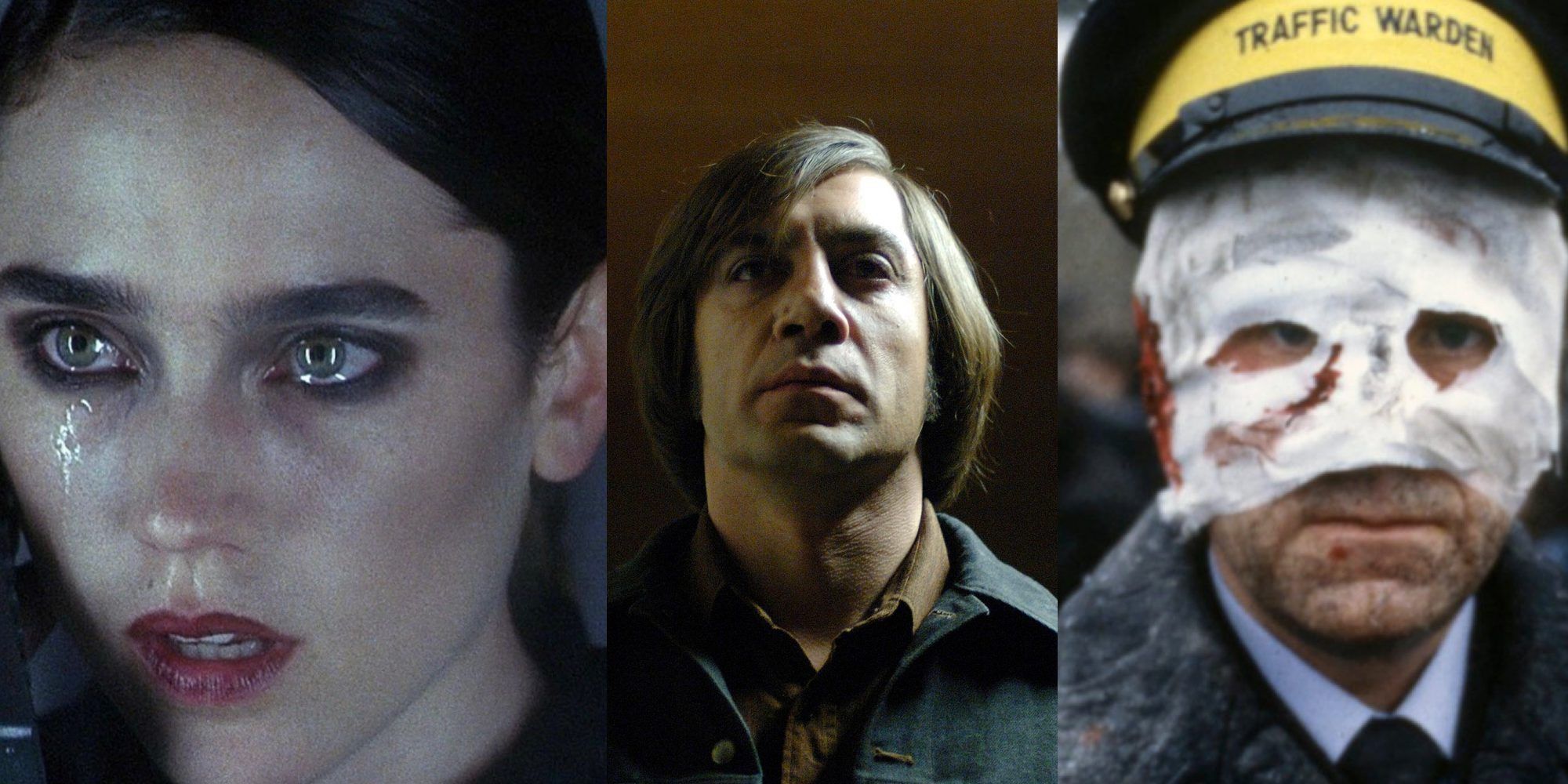 Not all movies are what they seem at first glance. Sometimes a movie’s marketing does nothing to prepare viewers for what they really expect. Dr Strange in the Multiverse of Madness took the MCU into much darker territory than previous films, but some films went even further.

Some movies, whether categorized as sci-fi, thriller, or even comedy, can turn out to be real horror upon viewing. A recent Reddit thread gave site users a chance to discuss the movies that scared them.

Stream on Tubi or rent on AppleTV

Just because a movie is aimed at families doesn’t mean it can’t be downright scary at the same time. Redditor DiddlyTiddly points this out with “Jumanji with Robin Williams. There was something eminently tragic about his character trapped in the game’s survivalist horror, alone in the face of the terrifying nature of said game.”

RELATED: What Year Is It? 10 Hilarious Original Jumanji Movie Memes That Make Us Nostalgic

Even if the Jumanji seems to have a fun premise at first, as a children’s board game comes to life as the characters play it, it quickly spins south as each roll releases a new monstrosity trying to kill them. Worse still, Robin Williams’ character is revealed to have been trapped in the game for years, desperately trying to survive. It’s dark material for a children’s movie.

Most of the projects David Lynch does are going to be very surreal and probably a little unsettling, and Mulholland Drive certainly contains many Lynch brands. As Redditor Unholymanserpent wrote, “Surprised no one mentioned Mulholland Drive. The restaurant scene and the very end tripped me up.”

The entire film has an aura of unease, with creepy characters and several enigmatic plot threads, but two sequences in particular veer completely into horror territory. A scene in a restaurant contains one of cinema’s best scares, and the whole final act is an existential nightmare.

Stream on Tubi and rent on AppleTV

The psychological drama Requiem for a dream isn’t scary because of a monster or surprise violence, but rather because of the hauntingly realistic way it portrays addiction. The film follows four central characters as they go around in circles and self-destruct due to their heroin addiction.

RELATED: 10 Movies With The Best 10 Last Minutes Ever, According To Reddit

There are a few hallucination scenes in the film that are scary on their own, but what really makes Requiem for a Dream one horror is the sickening fate each character encounters, which includes amputation, enforced prostitution, and electroshock therapy. Reddit editor darkuen said: “Requiem for a dream definitely helped me never want to do drugs again.” and Redditor OmgOgan agreed “The movie is a masterpiece that leaves you completely empty afterwards.”

What could be scary in a kids movie with cute little bunnies? Many fans probably asked when boat down first exit. Unfortunately, this question was very quickly answered while watching the film. Redditor Naomi_honey89 said: “I haven’t watched this movie but the trailers and things I’ve read boat down (1978) sound extremely frightening and disturbing”

Indeed, they are, despite water vessel Downcuddly protagonists, it’s also filled with shocking visceral and bloody violence between animals, a genuinely unsettling villain, and several haunting scenes of rabbits slaughtered in chilling fashion. boat down probably marked generations of children who expected a fun movie about rabbits.

Crime thrillers often delve into very dark and scary subject matter, but few are as effective as Se7fr. Following two detectives tracking down a serial killer murdering victims based on the seven deadly sins, it is in these murders that Se7en the roots of horror begin to appear.

Much of the gore is left to the viewer’s imagination, but it arguably makes some deaths worse, and the implication of what happened with the victims of Greed and Lust will send shivers down anyone’s spine. Plus, few viewers are likely to forget the terrifying sequence with the sloth’s victim, or the infamous box revealed in Se7en. Redditor Multichromatic-NOW hit the nail on the head, writing: “Seven is scary as hell, but not really horror at the same time. Nice selection!”

Ask anyone what’s the first thing they remember about the Coen brothers There is no country for old people is and they will no doubt say Anton Chigurh, the terrifying villain of Javier Bardem. As user jarvispeen goes so far as to describe the film as the “best bogeyman story ever told”.

Lumpy-Professional 4o agreed “This movie is scary as shit. Really pissed me off in an overly realistic way.” It’s hard to argue. Chigurh can stand alongside many slasher movie villains as one of the most intimidating antagonists in movie history. It’s emotionless, unforgiving, and takes the film from neo-noir to outright horror.

The Elephant Man is the true story of John Merrick, a man born with a serious disfiguring disease. The fact that Merrick’s affliction is entirely real is tragic, and the way he is treated in the film makes it even worse. The film has incredible prostheses.

As Redditor klavanforballondor sums it up perfectly, the movie “terrified me…that people could be so cruel…And the fact that the movie ends with the same dissonant music playing at the beginning as if to signal that nothing finally changed – very, very disturbing. I don’t think I’ll see it again.

Stream on the Criterion Channel

Very few good WWII films are joyful affairs, but Soviet film come and see presents the horrors of the Eastern Front like few films ever have. As user Sea_Shoddy summarizes, “come and see is the most disturbing movie I have ever seen. It’s about partisans in Belarus during World War II with surprisingly little gore. But the movie is made to haunt you forever.”

come and see follows a young boy who joins the Belarusian partisans and soon learns how brutal the war is. The film contains many unflinching depictions of Nazi war crimes and is replete with hauntingly realistic scenes of human suffering. come and see will stick with viewers long after the credits roll.

Few sources seemed to agree on what genre the phenomenal Annihilation has been. Some called it science fiction, mystery and action. Redditor totallynotalssa correctly identified it as pure horror, saying, “Aannihilation. this shit screwed me up”.

It’s not hard to see why, as AnnihilationThe deeply disturbing premise leads to a whole series of unsettling scenes. The film features a literally heartbreaking body horror scene, an alien lookalike loaded with subtext, and one of the scariest non-horror movie monsters ever seen on a movie screen. For those who didn’t know what they were getting into, Annihilation almost certainly leads to nightmares.

Stream on AMC+ and Shudder

Redditor TSG61373 named a popular pick for the secret horror movie, saying “Check out the made-for-TV movie. Son whether you can. Fictional documentary that realistically depicts a nuclear apocalypse, and it is by far the scariest film I have ever seen.”

Nuclear war has been portrayed in many movies, but none quite like it. Son. The documentary-style filming makes the entire experience feel even closer to home and doesn’t shy away from stark depictions of societal and environmental collapse. The movie itself is disturbing enough, but the scariest thing is that it could theoretically happen. In the words of Redditor jpjtourdiary, “Son is the only medium that literally gives me nightmares. It’s terrifying.”

NEXT: 10 Best Lovecraftian Horror Movies To Stream On Netflix