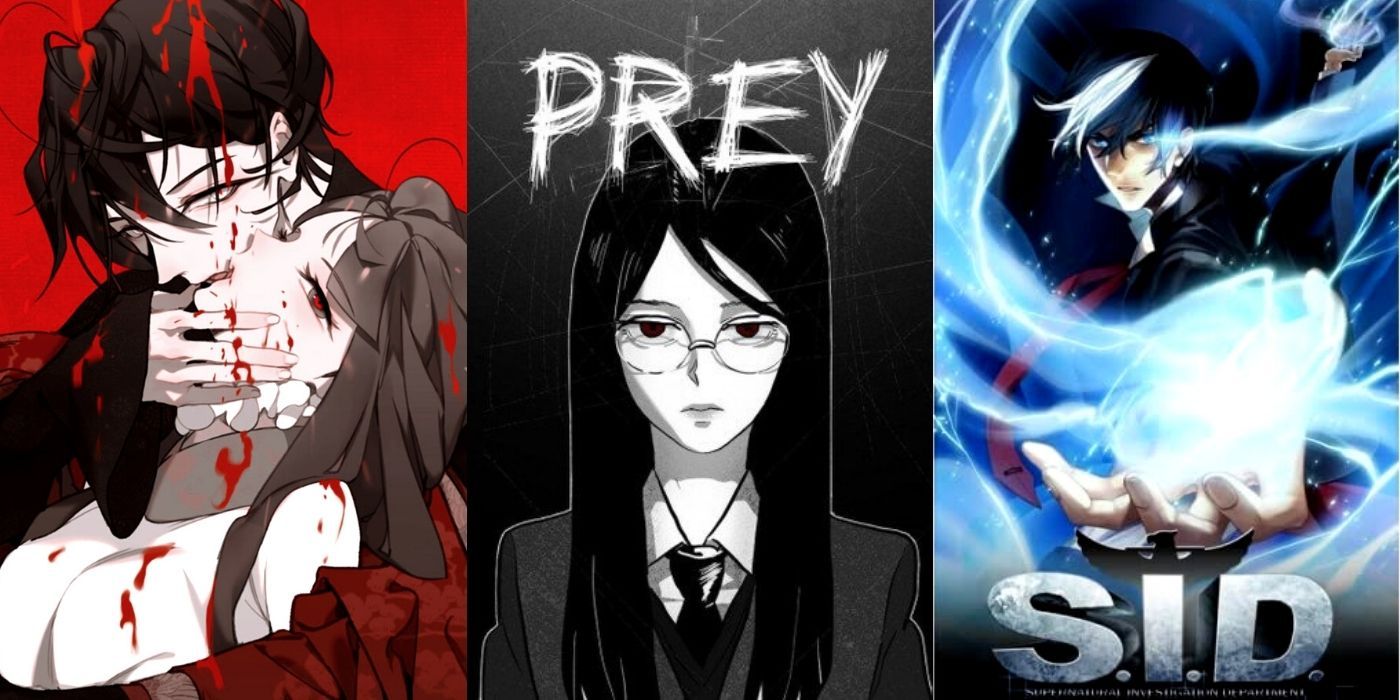 Horror is an incredibly popular genre in fiction, and when combined with supernatural elements, it gives a story a whole new world of opportunity and possibilities. This genre often deals with unseen evils or those lurking in the shadows just waiting for the chance to strike, such as demons, ghosts, or evil beings.

Sweet home is a dramatic and horror manhwa from creators Carnby Kim and Youngchan Hwang. In this manhwa, Hyun Cha has not had it easy. He has suffered unimaginable abuse, torment and bullying and spends his time in his bedroom playing video games.

When his family is killed in a car accident, he is forced to leave his home and move into an apartment building. Unfortunately for Hyun, his neighbors start to turn into monsters and his situation only gets worse when he realizes that he is becoming so slowly. He has to understand how it goes before he loses his humanity.

Ghost storyteller, from author and artist QTT, is a manhwa of mystery and horror. This manhwa contains mature and dark themes and should be read with caution. What’s interesting about this manhwa is that it is told from the ghost’s perspective on the human race.

Where humans would say ghosts are scary, these ghost stories turn it around and tell stories about scary humans. Each story is unique and deals with many dark facets of human emotions and their abilities. It’s dark and twisted and, overall, an exciting read.

8 Park Yun-Yeong can see ghosts, but if she recognizes them, they become deadly (prey)

Prey is a supernatural horror and school-life manhwa from creators Cyclops and Subong Park. Prey contains mature themes and acts of violence, so please read them with caution. This manhwa focuses on Park Yun-yeong, a young girl who has a mysterious ability that allows her to see the ghosts that inhabit the world.

However, it is impossible to interact with these ghosts unless a person recognizes them and their existence. Once recognized, the person is in grave danger as these ghosts cease to be harmless and become fatal, making Yun-yeong’s life all the more difficult.

Dream, from creators Jung-Hoon Hong and Weol Shin, is an action, adventure, and fantasy manhwa about a young man named Hazin Nam. Hazin has always had terrible dreams, but they only get worse when he dreams of an apocalyptic world that takes place seven years in the future. But that’s not all. In the future, humans are fighting the supernatural, zombies and demons, to be precise.

He dismisses it as nothing too important until the girl of his doomsday dreams becomes a transfer to his school. Now he must do everything in his power to prevent the apocalypse from unfolding.

Ultimate Outcast is a supernatural action and horror manhwa by author and artist No Do Hwan. It contains mature and graphical content that can be triggering, so please read it with caution. Kang Haneul led an ordinary life until a new transfer student entered his school.

From that moment, his life became hell. When he and his friend were captured, he was forced to witness a horrific and tortured event. After this incident all he wanted was to get stronger and get revenge, and it turns out he has the ability to do that.

5 Go-Eun Ma is hoping to save her family’s belongings if she can stay sane and survive a haunted house (Jack: The American Ghost)

Jack: The American Ghost, from creators Ji-hye Han and Jeong-eun Ahn, is a dramatic and horror manhwa with mature content and themes. Go-Eun Ma’s family run a haunted house, but over time it has fallen into disrepair and the number of visitors has grown less and less over the years.

RELATED: 10 Webtoons That Will Make Your Heart Beat

To survive, she decides to go to America and stay in a notorious place known as Ghost Jack’s House. If she can survive there for a fortnight, she will receive a prize of one million dollars. All she needs to do now is stay sane, but it’s not as easy as it sounds.

Infected is a horror and drama manhwa by author and artist Yi Gang. It is a very dark manhwa with mature themes and should be read with caution. Han Seokgyu was an ordinary high school student until something strange happened. He woke up with no memory of the last month or his school trip.

As he tries to figure out what happened and the cause of his amnesia, he discovers that many students are missing. When a girl in his class attacks and starts killing people, he begins to realize that something strange and dark is going on, and how much he’s changed as well.

SID. by author and artist Sa Da Ham, is a comedy, action and horror manhwa with supernatural elements. Due to being the grandson of a shaman, Si Mun has the ability to see ghosts. However, his grandmother gave him a talisman when he was a child that locked away his abilities and erased his memories of anything to do with the supernatural.

Now an adult, he has a regular job as a homicide detective. But when her grandmother passes away, the seal that had locked her powers on breaks and strange things start to happen. He slowly regains his phenomenal abilities and decides to use them to help solve gruesome crimes.

Rotten is a dramatic and horror manhwa by author and artist Digeut. Jaeshin has an interesting and difficult ability – he can see the dead – and his friend, Officer Han, can literally smell evil. Together, they combine their abilities in the hope of finding their missing friend.

Their search leads to a woman known as Yuhyeon, who is a professional stuntwoman. As they dig the trail of their missing friend, they discover a dark web of violence and incredible cover-ups. Even with their abilities, they are not sure they can find their friend and survive the evil lurking in the shadows.

Red fox, from author and artist Hama, is a horror manhwa with elements of romance. Ibana may be a beautiful country, but it is also known as the Red Country. This country is home to a red fox who can transform into a human – and it also happens to enjoy eating human livers.

For many years he terrorized the people of this country. However, that changes when he meets a beautiful woman who teaches him what it is like to experience the human emotion known as love. Now all he wants is to own this human woman’s heart and will do anything to make it happen.

NEXT: Jujutsu Kaisen: 10 Reasons To Catch Up With The Manga Right Now


Next
10 most iconic anime swords, ranked

Hayley, under the guise of a pseudo-name, is a fantastic bestselling USA Today author with a background in business and human resources. When not writing stories about gripping worlds, she can be found indulging in manga, anime, and video games. If you would like to contact us, please do not hesitate to contact us at [email protected]

Is Spencer the Ultimate Horror Movie?