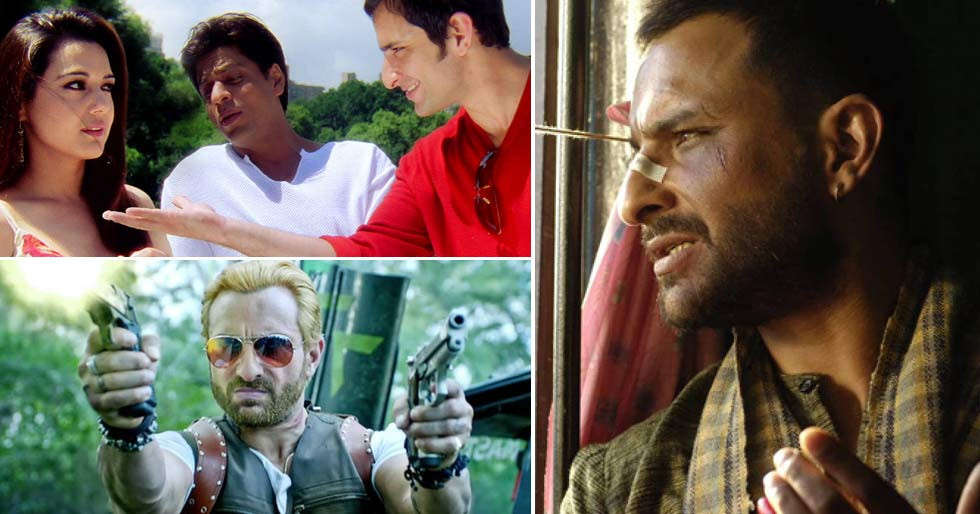 Saif Ali Khan is one of the most popular actors of his generation in the Hindi film industry. Like most of Bollywood’s Khans, he has a filmography that spans decades, dating back to 1993. Over the years, the actor has done everything from major commercial successes to experimenting with gray personas to the foray into the streaming space. In retrospect, it looks like he did a bit of everything while walking the fine line between stardom and underrated performance. Although he has played the lead role on several occasions, he has not always been the quintessential “hero”. Saif has a way of occupying essential supporting roles. Whether antagonist or funny best friend, he’s a scene stealer. And that comes with a fair share of risk he’s been willing to take.

As the actor celebrates his birthday today, we take a look at his movie roles that aren’t main characters, but still stole the show and deserve their own spinoff.

Go Goa Gone came out in 2013, but the vision of Saif Ali Khan sporting blonde hair, smoking a cigar and speaking in a comical Russian accent hardly sounds like a distant memory. The horror-comedy film, which is often cited as India’s first attempt at a zombie comedy, saw the actor play Boris, a trigger-happy zombie killer. He wasn’t the main character in the film, given that it revolved around a group of friends who take a trip to Goa that turns into a nightmare. It includes Vir Das, Kunal Kemmu, Anand Tiwari and Pooja Gupta. Saif doesn’t even appear until the second half of the film, and yet he steals the show by cleaning the hands of the main trio. Looking at the movie, it can be said that Saif had a great time playing an unhinged undead killer. Go Goa Gone is also one of those movies that left fans begging directors Raj and DK for a sequel movie. Considering the movie ended on a cliffhanger, there’s enough material to bring Boris back, a petition fans could easily follow.

During the 2000s, Saif Ali Khan seemed to play funny handsome guys. Most memorable of the lot is his role in Kal Ho Naa Ho. The film saw him star alongside Shah Rukh Khan and Preity Zinta. Its plot revolved around Naina (Preity), a rather serious young woman whose life changes when she meets Aman (Shah Rukh) and soon falls in love with him. Saif plays Rohit, Naina’s best friend, who, with the help of Aman, tries to woo her. On paper, his character is about to be overlooked in more ways than one. Still, Saif Ali Khan manages to bring out Rohit. He’s funny and loving in a way that has you rooting despite all the other elements of the film that threaten to overshadow him. The film effectively established Saif as a rom-com star, and it’s a shame we get to spend so little time with his character. Between her chemistry with her co-stars and her effortless charm, there’s enough material to leave us wanting more.

Saif had played antagonists before Omkara, but audiences just weren’t prepared for how sinister he was in director Vishal Bhardwaj. In the film about jealousy and ambition, the actor played the role of Langda Tyagi. The most striking aspect of his portrayal of the character inspired by Iago, Shakespeare’s character from his play Macbeth, was his physicality. As his name suggests, Saif limped and never broke character. And that includes a rural accent. It’s safe to say that his performance can’t be put in a neat little box of villains or supporting characters, it was in a league of its own that defies typography. He’s just so good at talking to characters with chameleon-like ease. The film was released just three years after his time in Kal Ho Naa Ho, which made his transformation even more shocking to the audience. While Omkara had a sprawling runtime and an ensemble cast that included Ajay Devgn and Kareena Kapoor KhanSaif has more than managed to shine on his own.

In Tanhaji, Saif Ali Khan is reuniting with his Omkara co-star Ajay Devgn. The film, directed by Om Raut, revolved around a historical figure – Tanaji Malusare, the trusted general of Chhatrapati Shivaji Maharaj, and his efforts against the Mughal Empire in India. Saif Ali Khan has been seen in a new avatar of Rajput fort guardian Udaybhan Singh Rathod. He was quite a flamboyant character that required Saif to deliver an over-the-top performance, and he had to rise to the challenge. No surprise there. While the role drew comparisons to Ranveer Singh’s brilliant Alauddin Khilji in Padmaavat, Saif’s portrayal of the historical figure was self-contained. Again, he wasn’t the main character in the movie, but he managed to draw attention to himself in every frame he was in.

Saif Ali Khan is hilarious and has done its fair share of comedy movies, but it culminated with Main Khiladi Tu Anari. The 1994 film saw him play an actor who has been pigeonholed as a romantic hero but wants to be taken more seriously as a performer. When he is arrested for drunk driving, he meets Inspector Karan (played by Akshay Kumar). One thing leads to another, he decides to follow Karan closely in the search for his next role as a cop. Saif has impeccable comedic timing which shone through in the film. It’s important to note that the film was partially inspired by the Hollywood film The Hard Way, and Saif’s character was loosely based on the film’s Michael J. Fox character. Not that that stopped Saif from owning the role and delivering a highly entertaining performance.

10 Highest Rated A24 Comedy Movies, According To IMDb