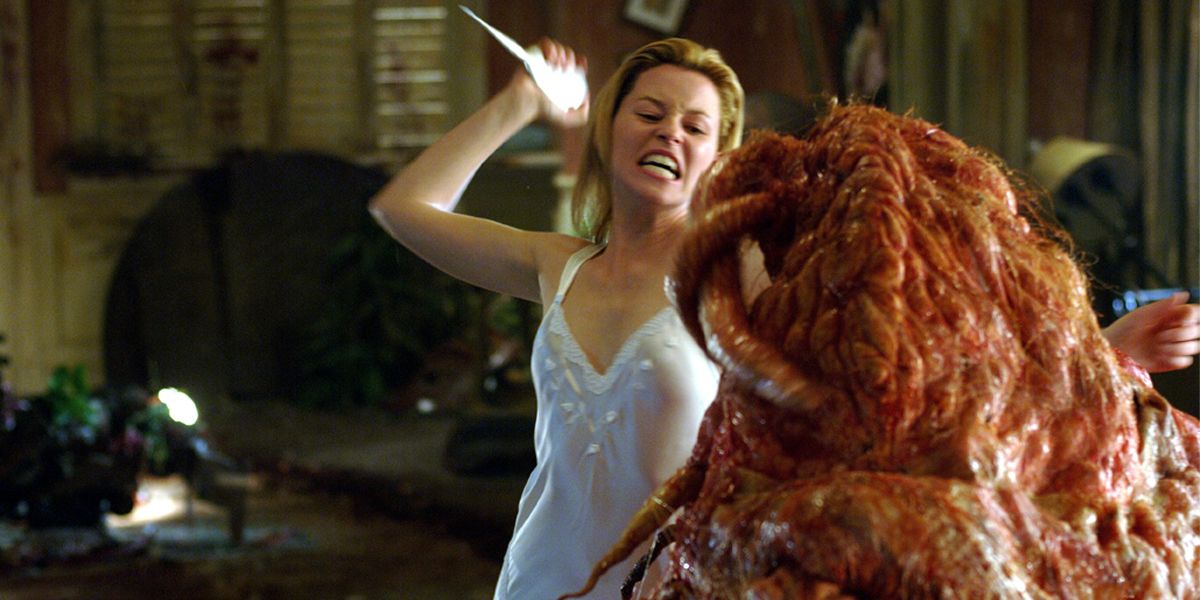 Horror cinema encompasses the widest variety of content and quality, giving way to some of the most throwaway trash and incredible artistry in the medium. It’s also one of the most prolific genres of cinema, so there’s a ton of good stuff that can get buried by bigger names.

Body Horror eschews the incomprehensible threats of cosmic horror or the unkillable murderers of slasher movies for something a little simpler. Instead, body horror focuses on the inherent unpleasantness of the blood and skin humanity walks around within. Between transforming into an inhuman form and being torn apart from within, body horror is the kind of thing that doesn’t appeal to everyone but does appeal to a select few.

James Gunn may be the most sought-after director in the world of blockbusters and independent cinema right now, but in 2006 he was a more obscure figure. Gunn’s masterful contributions to both the Marvel Cinematic Universe and the DC Extended Universe are hugely popular, but his first film only found success with cult audiences. Slide stars Nathan Fillion as a small-town cop facing an alien invasion. Elizabeth Banks stars opposite him as the first person in town to find out about the problem. Parasitic aliens infest the bodies of their victims, turning them into sprawling monstrosities. The first victim is Michael Rooker, in a stellar role as the gruesome host. In the age-old style of James Gunn, the film plays out this nightmarish situation in pitch-black comedy alongside its horror elements.

No list of body horror movies could be complete without the work of David Cronenberg. From his definition of gender Scanners in 1981 upon returning that year to train in Future Crimes, he has been the king of the subgenre for forty years. His 1999 sci-fi horror effort brings the world of the internet and virtual reality games into his traditional horror style. exist, as the title is stylized, follows Jude Law as security guard Ted Pikul, tasked with defending Jennifer Jason Leigh as game designer Allegra Geller. Geller has designed a fully immersive virtual reality experience, in which the rules of the human body simply do not apply. Guns made from flesh that fire teeth, neural implants, and connections through the intestinal tract, this movie gets gross without limits. Cronenberg continues to be the biggest name in body horror, and his take on cyberpunk is happy to mix concepts.

Brilliant independent director Julia Ducournau has intricately crafted the weirdest and most powerful body-horror family drama of the last century. Released last year Titanium is not something that can be understood through the text. It must be experienced first hand, with an open heart and a strong stomach. It stars model Agathe Rousselle as Alexia, a woman whose behavior becomes increasingly erratic after a childhood car accident leaves a metal plate in her skull. Beneath the revolting body horror, of which there is quite a bit, lies a complex narrative of gender, sex and love. The film is masterful, but it is not for everyone. This film’s extremely specific audience needs to find it because it deserves to be seen and discussed.

Justin Benson and Aaron Moorhead are well known for their independent sci-fi and horror careers, and their more recent work with the Marvel Cinematic Universe. The filmmaking duo’s early films were directed, written and edited by Benson and Moorhead. They even play it occasionally. Released in 2014, Spring is the second film created by Benson and Moorhead, and it’s a very special experience. It follows Lou Taylor Pucci as Evan, a man who goes on a trip to Italy only to find himself in a time of personal crisis. He meets and is instantly smitten with Louise, a captivating and intelligent student played by Nadia Hilker. Their bizarre romance is sidetracked a few times by the fact that Louise is so much more than human. Its nightmarish transformations complement the naturalistic romance and combine to form something truly unique. Spring wasn’t a big-budget blockbuster, but it’s a masterful work of independent horror and romance from two beloved filmmakers.

Written and directed by satire master Larry Cohen, this 1985 horror comedy mixes the horror of the blob with commentary from They live. The film is a sharp parody of American consumer culture and the perils of modern marketing, while being a shocking display of body horror. The eponymous Things is an alien organism that infects the minds of its victims. Rather than fear and destroy this beast, mankind discovers its sweet taste and markets it as a healthy alternative to ice cream. Michael Moriarty was highly praised for his performance in the lead role as a corporate saboteur. Between gross horror, dark comedy and focused satire, there’s something for everyone in The thing.