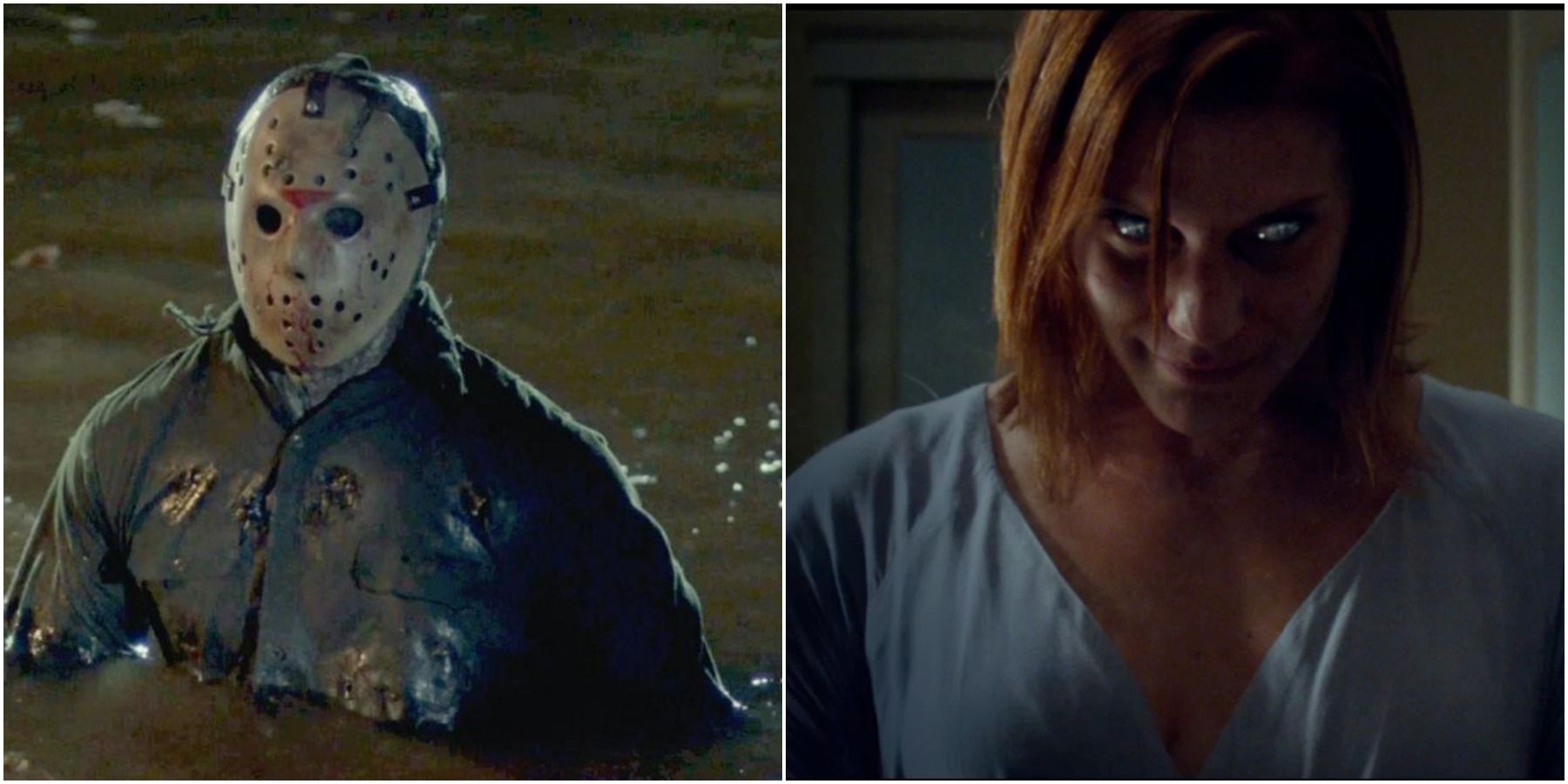 8 Horror Movie Clichés That Will Never Get Old

Horror movies are filled with cliches, and they honestly have been since their inception. In some ways, horror movies need certain cliches to be categorized as horror movies. Few films in the genre skip them all with good reason, they pay off and are generally quite simple to make.

RELATED: The 10 Best Open World Horror Games (According To Metacritic)

While critics and other naysayers may scoff at the horror cliches, others welcome them with open arms like familiar friends. As far as tropes go, that’s how they work. They get under the skin of a cinematic genre and then take on a life of their own. The result is common themes and motifs that audiences have come to love and expect.

Horror movie writers love that the last person left alive is one of the girls in the movie – usually the cool-headed one who advises against doing whatever got them into their predicament in the first place. It often comes down to the killer/ghost/monster and the girl left behind. Whether she makes it out alive or not depends on the horror movie.

“You better watch out kids!” One of the dumbest horror movie cliches is still prevalent to this day. The old gardener or guardian of the supposedly haunted place is always a grumpy old man with a chip on his shoulder. As a rule, they know of a past event that plays an important role in the story, but it always comes later. More often than not, these guys get the ax before the movie ends.

A signature move of horror movies, the twist’s ending is almost too cliche at this point. Still, they’re downright shocking at times, and will largely play a part in any potential sequels. Either way, these twist endings are a lot of fun and audiences have loved them for years. So they don’t seem to be going anytime soon. A few recent horror movies have attempted to move away from this category, but it’s too prevalent to get rid of completely.

5 Flashback to the sequel

Horror films are renowned as franchise darlings, attracting sequels like ants to a picnic. Especially in the 80s, it was common for popular slasher movies to get a cheap sequel every year. The result is some very confusing timelines, but also some really impressive flashback sequences.

RELATED: The 10 Iconic Horror Movie Sets And Their Real-Life Locations

They have a long way to go and doing a fifteen minute flashback is just the ticket. Once the sequels are gone, maybe that shot will be too, but that seems unlikely these days and so audiences will have their flashbacks.

More than a cliché found in slasher movies, a killer’s signature weapon is as iconic, if not more iconic, than the killer himself. Freddy’s finger blades, Jason’s machete, Michael Myer’s kitsch knife, and Leatherface’s chainsaw are some of the most recognizable, but many of the other franchise killers have their own lesser-known weapons as well. Every sharp maniac needs a business card.

Without this cliché, there would be no horror movies. People need to do stupid things to get into horrible experiences. If every teenager minded their own business and didn’t invoke the ancient curse or enter the forbidden asylum, then what would happen in horror movies?

RELATED: The 10 Classic Survival Horror Tropes That Are No Longer

A cliché necessary to the genre, but also one of the biggest critics of the genre too. It’s a fine line to walk, but this cliché is too ingrained in the genre to go away.

One of the most iconic scary props, the mirror is common to nearly every form of horror film. Sometimes the reflection doesn’t turn away when the character does, other times the killer pops up from behind the shower curtains. It’s almost too cliché to be scary now, but that trope is still everywhere in new horror movies. Filmmakers are always finding new ways to scare people with the same prop over and over again.

Another must-have for horror filmmakers, scary kids are a surefire way to scare audiences. Even better if they have a scary song to sing along with them. More common in ghost movies, creepy kids have a knack for always being scarier than they should be. Audiences might never get sick of these bizarre cherubic demons. This cliche can also be seen in many satires and parodies of horror films. Maybe this cliche is just too popular to ever die.

MORE: The 20 Forgotten Horror Games You Need To Play

Assassin’s Creed lost its way dropping Juno to the comics