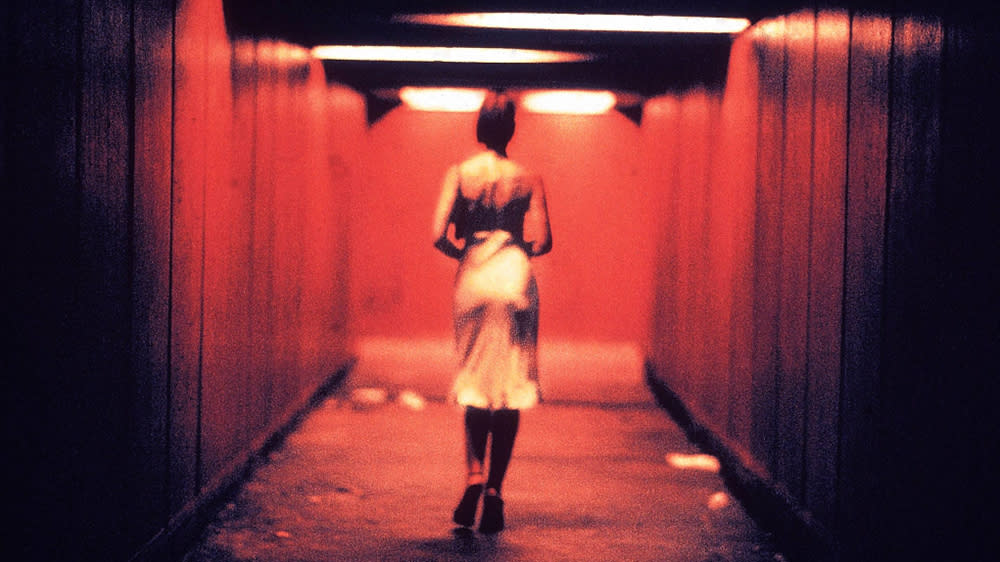 The cult film, considered a milestone in Spanish cinema in the post-Franco years, is seen as a metaphor for how directors can be consumed by cinema. It centers on José, a frustrated low-budget horror filmmaker trying to finish a film while battling drug addiction. When he receives a package from an old acquaintance Pedro – a reel of Super 8 film and an audio tape – José soon finds himself sucked into the vampiric orbit of the eccentric young man.

“”Arrebato” has such a rich blend of horror influences, punk aesthetics, artsy vibes and queer film history that audiences can’t help but be thrilled by this total gem. of a movie,” said Frank Jaffe, founder and director of Altered Innocence. .

“It also helps that in addition to acting in the film as a dubbed transgender character, Pedro Almodóvar was such an outspoken patron of the film and its director, Iván Zulueta,” adds Jaffe.

“Audiences have been really supportive of the film and the new 35mm print we’ve created for theatrical release and we’re thrilled that Criterion Channel has realized the film’s potential and signed it for exclusive broadcast on their channel.”

Jaffe notes that the film never had a theatrical release in the United States “other than a few festivals and a repertoire in South Florida in the ’80s which apparently lasted a while”.

Jaffe oversaw the new 4K restoration, completed in 2020 by the American Genre Film Archive in Texas using a 4K scan from Mercury Films.

“Arrebato” is screened at the MIFC in Lyon as part of this year’s focus on Spanish film heritage. The Parisian company Tamasa Distribution holds the French rights to the film.

Launched by Jaffe in 2015, Altered Innocence focuses on LGBTQ and coming-of-age films with an artistic twist.

The company is preparing for the November theatrical release of another work from the Spanish transition era, a new HD restoration of Antonio Giménez Rico’s “Vestida de Azul” (“Dressed in Blue”) from 1983.

The hybrid docu-fiction follows the lives of six transgender women in a country where democracy has just arrived and where the transgender community is beginning to emerge from the shadow of the Franco dictatorship.

“Anthology Film Archive [in New York City] runs it for a week and we also book it across the United States,” says Jaffe.

Altered Innocence will also release a 2K restoration of Gaspar Noé’s 2002 psychological thriller “Irreversible” as well as the director’s new version titled “Irreversible: Straight Cut”. The film will premiere at the closing night of the Brooklyn Horror Film Festival this month.

This year, Jaffe also oversaw the 4K restoration of David Buckley’s 1975 American film ‘Saturday Night at the Baths’, described as a “historic excursion into bisexuality, 1970s relationship politics and the historical significance of gay bathhouse culture” which was filmed on location. at the famous Continental Baths in New York. Altered Innocence is now releasing the film on home video.

The best of variety

Every Leigh Whannell Horror Movie Ranked From Worst To Best