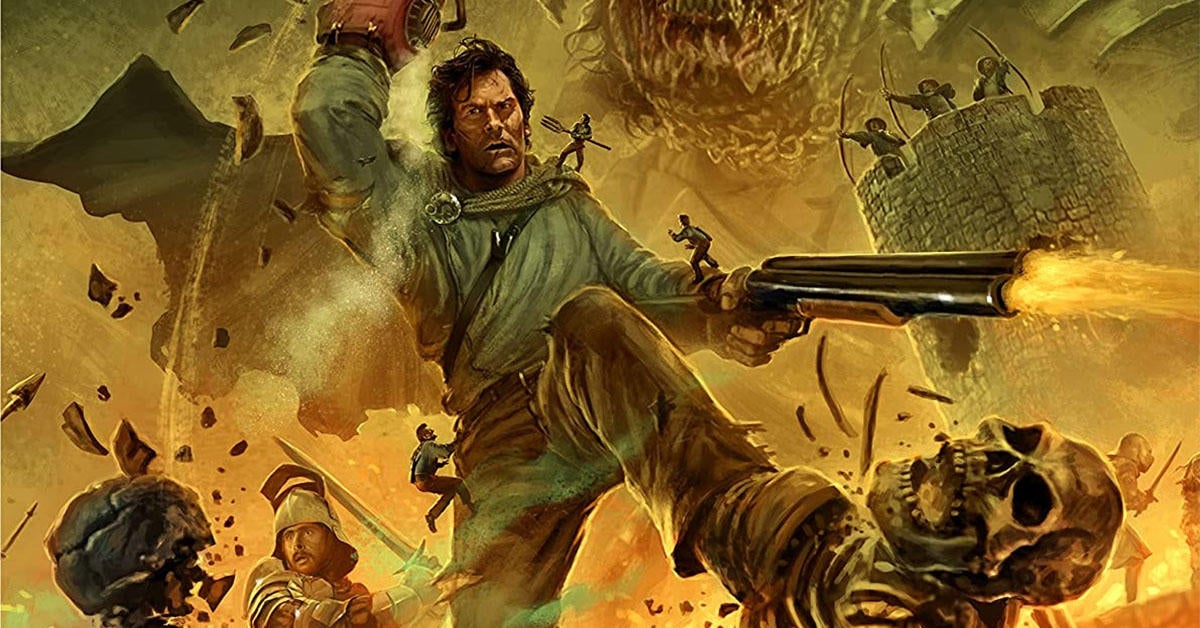 Each product has been independently selected by our editorial team. We may receive commissions from certain product links on this page. Promotions are subject to availability and retailer terms.

Earlier this year, Lionsgate Home Entertainment unveiled The Evil Dead Groovy Collection 4K UHD Blu-ray box set, which included The Evil Dead, The Evil Dead II, and the entire Starz TV series Ash vs. Evil Dead (Blu-ray only). The absence of the 1992 film Army of Darkness was certainly disappointing, though not surprising given the well-documented rights issues with the De Laurentiis company. The good news is that you can finally complete the set thanks to Shout Factory, which has released Army of Darkness on 4K Blu-ray in a Collector’s Edition and SteelBook variants.

Details on the new Army of Darkness 4K Blu-rays are scarce at this point, but we do know that the Limited Edition SteelBook has an awesome cover design and can be pre-ordered here on Amazon for $44.98 with a release date. set for September 27. . The standard 4K Blu-ray is also available for pre-order on Amazon for $39.98 with the same release date. Note that you will not be charged until the Blu-rays are shipped, and you will automatically receive any discounts that occur during the pre-order period.

If you missed The Evil Dead Groovy Collection 4K UHD Blu-ray box set, you can reserve a copy here on Amazon now for $59.99 (25% off). A breakdown of the special features can be found below.

Don’t forget that Evil Dead Rise is slated to arrive sometime in 2022. You can keep an eye on production here.

New to DVD: A family must confront their past in ‘Montana Story’ | Entertainment