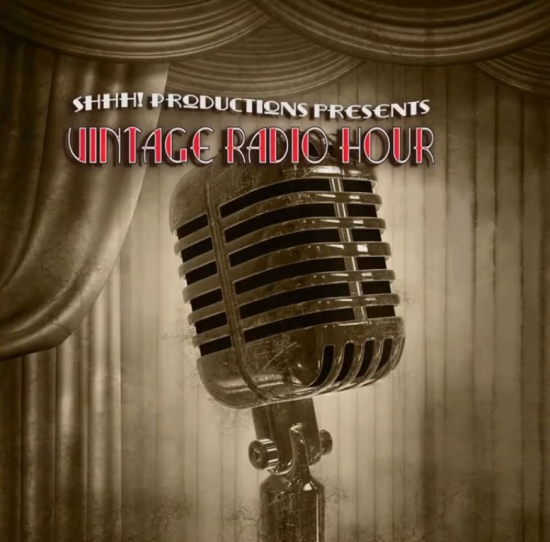 Image of Hush! The production’s “Nothing Behind the Door” is suitable for its recreation of the venerable radio horror series “Quiet, Please”.

Fans of classic audio drama will be happy to hear that Sonic Summerstock Playhouse is booming again! Whether one is interested in mystery, drama or thrillers, there is something in these productions for everyone. Indeed, the deft audio summer festival performances of pieces by Lucille Fletcher and Wyllis Cooper represent audio drama at its finest.

Hosted with panache by Jack Ward and David Ault, the shows reproduce classic radio scripts from the 1940s and 1950s using new voices of our time. We recently had the opportunity to experience three productions written by masters of the sound thriller – “Dark Journey” and “That Thing in the Window” by Lucille Fletcher and “Nothing Behind the Door” by Wyllis Cooper.

“Dark Journey” is a drama between two women. Ann Brady is in love with Clyde, a boyfriend without commitment. She lives for him, but his attentions waver. Can Ann win him back and does she really have supernatural power, a “will that can kill,” as she claims? Or are there more natural causes behind a strange death and Clyde’s suddenly rekindled interest in Ann? The captivating performances of Rhiannon McAfee as Ann and Kristy Glick as his confidante Alice are proof that these vintage radio pieces are not only worth listening to today, but also worthy of new interpretations. .

The other piece by Lucille Fletcher on offer is “This Thing in the Window”. In a plot reminiscent of Alfred Hitchcock’s thriller “Rear Window”, Martin Ames thinks he sees a corpse in the window of a neighboring apartment. Readers of the Maryland Theater Guide will likely appreciate the theater references. The Mr. Ames of the story is an actor (which turns out to be a crucial piece of the plot), and there is a veiled reference to the then popular Broadway play “Arsenic and Old Lace.” (“There just happens to be a play on Broadway right now in which two nice old ladies are committing murder after murder.”)

With his observations, Mr. Ames begins to frighten the two elderly sisters who live in the apartment opposite (and who cannot see the corpse, “that thing in the window”). In her speech to one of them, we see the highly literate qualities of a script by Lucille Fletcher and why these productions were among the best productions of the classic radio series: “I have always had a feeling for the beyond hidden, the intangible, the shaded. We are children… children playing by the ocean. We laugh and play with the waves… Sometimes one of us slips into the dark. Sometimes the depths rise and we see the fiery things of the Eternal.

The performances in “That Thing in the Window” are excellent throughout, but especially that of Martin Ames of Pete Lutz, in a nervous and frenzied performance very different from his role last year as die-hard reporter Randy Stone in his own re-enactment of the black radio series “Nightbeat”. The music for this and “Dark Journey” is in the style of Bernard Herrmann, who also composed the score for key Hitchcock films as well as the themes and other music for the “Twilight Zone” television series and the show. radio station “Suspense” – and who was married to playwright Lucille Fletcher.

Both of these audio dramas originally appeared in the long-running “Suspense” radio series. Here the shows are again performed by Dream Realm Enterprises. In an interview with Maryland Theater Guide, director Rachel Pulliam told us, “When selecting a radio drama for recreation, my goal is not to produce it as an exact copy, but to give it a little something more while remaining faithful to the original. episode. Sometimes that means adding music throughout a scene or adding different sound effects. I also point out to my voice actors that I am not looking for exact mimics of the vocals used in the original episode. I really love when actors create their own take on the role and I always hope my listeners enjoy it too!

The third production heard on Sonic Summerstock Playhouse is Wyllis Cooper’s screenplay “Nothing Behind the Door” from the radio horror series “Quiet, Please”. In this adventure, three thieves flee to a high mountain after having robbed a bank, in a plot that is not unlike “The Pardoner’s Tale” from Chaucer’s “Canterbury Tales”. Here the thieves find a dark and mysterious warehouse in the middle of the night in which they hope to hide the stolen money. One of the men enters after throwing a bag of money in the dark storage room… and disappears. What happened to him ? Will the other two follow? Will greed be followed by just punishment, again reminiscent of “The Pardoner’s Tale?” “

Cooper’s writing is sometimes the stuff of poetry. As the narrator says, “It was half past four when we got to the top. The hotel was dark; the cabins were dark, but the sky! It was like solid with stars. And you could almost reach and touch them. I remembered the old man in the Hundred Inch Dome: Nothing Between Us and the Stars ”, reminding us of a crude version of Robert Frost, who wrote about the terrifying“ empty spaces between the stars ”in his poem“ Desert Places ”. “. “

“Nothing Behind the Door” originally aired as an episode of the radio series “Quiet, Please”. Unlike the big-budget “Suspense” series which in its heyday attracted Hollywood’s highest-paid actors, “Quiet, Please” was a low-budget affair. The program has used this to its advantage, however, relying on crisp, innovative writing and subjective first-person psychological storytelling. While the series originally only lasted two years, the reputation of “Quiet, Please” has grown over the years. In fact, the series is the inspiration behind the name Shhh! Productions, who produced the show reviewed here.

Indeed, Hush! Productions uses the qualities of the previous series to its advantage, with actor David Allen Vargo’s lengthy captivating monologues ranging from detached clarity to desperation. In this vein, silence is used just as effectively as evocative sound effects. Patrick Clark is the founder, director and occasional actor of Shhh! He previously lived in Maryland and contributed to the local theater scene, performing in live theater productions with Colonial Players, Fell’s Point Corner Theater, Spotlighters, Vagabond, and more. Regarding “Nothing Behind the Door,” Mr. Clark explained to the Maryland Theater Guide, “We chose to produce this play because of the incredible voices we had at our disposal and because of the weird but straightforward nature of the story. The drama created by the actors and the minimalist sound effects created an atmospheric episode which it was a pleasure to produce.

All three of the Sonic Summerstock Playhouse drama productions reviewed here, along with many more, can be heard here.