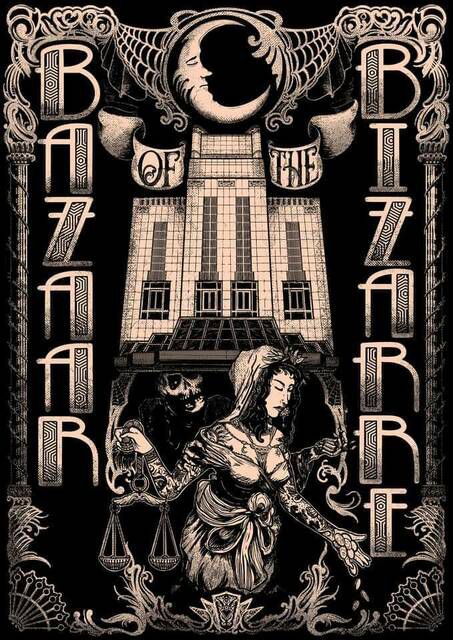 Bazaar of the Bizarre to bring horror, punk and tattoos to the Kirby Center

WILKES-BARRE – Just in time for Halloween, a spooky new event will take over the FM Kirby Center for the Performing Arts.

The very first Bazaar of the Bizarre will bring horror, punk, tattoos, and other quirks and curiosities to the Kirby Center on Sunday, October 24.

The event was hosted by Nick and Amy Frenchko, along with Josh Balz and Jeremy Pauley. According to the organizers, who spoke to the Weekender last week, this year’s event was actually supposed to be the second annual Bazaar of the Bizarre, but last year’s one had to be canceled due to – eh good, you know.

Amy, owner and sales manager of The Northeast Wine Company (and wine columnist for Weekender), said she and her husband, Nick, a tattoo artist at the South Main Street Tattoo in Wilkes-Barre, wanted to create an annual event that captures the eclectic, the creepy and the bizarre.

â€œWe wanted to have an event where we could bring in sellers of really unique curiosities,â€ she said.

According to her, the Frenchkos have teamed up with Balz, owner of The Strange & Unusual Oddities Parlor in Kingston. It was Balz who introduced them to Pauley, who has experience in hosting similar events. Pauley said the variety of items will be “very wide”.

Nick Frenchko said three artists from his tattoo parlor will also be on site, tattooing pre-designed flash pieces, as well as two barbers from Loyalty Barber Shop who will provide haircuts. Visitors will also be able to sample wines from Amy Frenchko’s winery, available at the second mezzanine bar at the Kirby Center.

According to Balz, events like this serve the needs of the region, claiming there is a desire for the spooky and the macabre.

â€œI think this is something our region needs; I think our region is more and more aware of the weird and the unusual, â€he said (referring to the concepts rather than the store).

â€œWe give people an experience to do things at Wilkes-Barre, especially after a huge pandemic,â€ he continued.

Balz thinks the particular team assembled to organize the event is part of the secret sauce as to why it works so well.

â€œWe are all passionate and caring people,â€ he said. “There’s nothing like being the weirdos.”