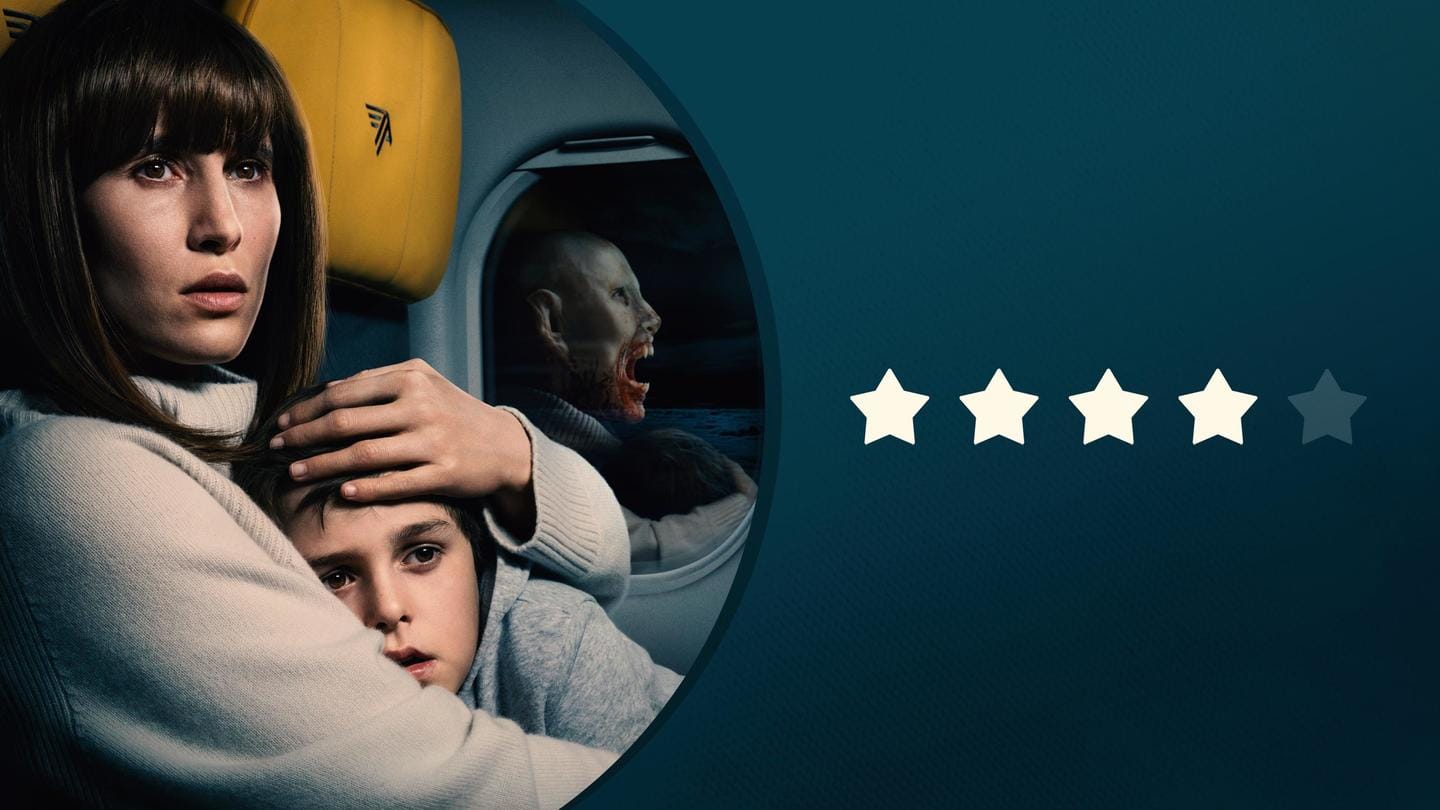 At first glance, the film, one of 71 original films to be released on the streamer this year, appeared to be about a hijacking.

But, it’s more of a vampire drama.

It revolves around a woman, Nadja, who at first seems to be afraid of others, but soon begins to startle them.

Here is our opinion.

The start of the film ties up the necessary suspense, giving no future clues

Peter Thorwarth and Stefan Holtz’s narration will keep you going throughout.

The film begins with an air war force providing assistance to the aircraft for a safe landing.

After landing, a boy falls.

The force takes the boy away for questioning.

And, the plane is still at gunpoint.

The real story takes place when the boy begins to tell the officers something.

Dominic Purcell Adds Muscle to Hijackers; Know the aggressor and the victim

The first 30 minutes kept me engaged thinking Nadja might be the hijacker.

Instead, a group of Muslims intervene, claiming that “Allah Almighty” allowed them to do this (the diversion) to “ungodly Europe”.

The hijackers will get your attention because they have Dominic Purcell (Prison break fame) included.

His blunt gaze and ready-to-shoot personality rose to prominence, even though he lived less.

Eightball a hijacker starts the vampire game with his nastiness

We learn that Nadja is a vampire when she begins to feed on the blood of a dog.

The response to her current predicament was given through flashbacks, showing how she was bitten by a vampire.

In no time at all, Nadja begins attacking the hijackers, feeding on them.

However, the real action begins when Eightball (a hijacker) injects himself with Nadja’s blood, turning the passengers into vampires, creating a stir.

Nadja sacrifices her life; let others live without being a monster

In the end, Nadja sacrifices herself after killing a vampire who became Eightball.

The emotional point was when Elias tried to save his mother by making her drink her blood.

But, she refused to stay alive as a vampire, in order to save the world.

Elias was that brave boy from the start.

Even, in the end, he managed to blow up the plane full of vampires.

Linking Nadja’s past to the present with flashbacks adds answers to the story, leaving no cliffhanger.

The movie didn’t give any hints about the upcoming script, which helped keep it full of suspense and thrill.

Set by Peri Baumeister (who played Nadja) and others, and the storyline felt real even after the supernatural element was added.

Here are the 15+ movies coming out in Houston this week