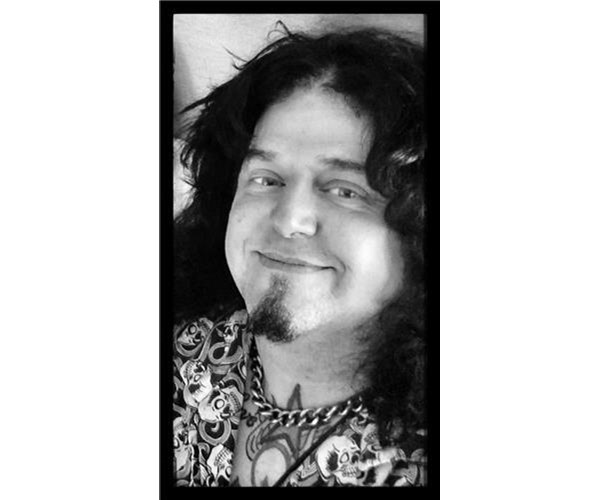 By Iris J. Mason Last updated Dec 24, 2021
Share
Curtis Meyer, born December 3, 1965, was a rock star, artist, and horror host who died December 18 of complications from COVID and lung problems. Curt liked to entertain people. He was a (bass) musician, his favorite band being Mötley Crüe. He had started an act of homage called Morbid Crue. He was an artist and had fans all over the world who enjoyed his show Deadgar’s Dark Coffin Classics, where he played a vampire horror host named “Deadgar Winter”.

Curt put all his heart and soul into his show, which starred Deadgar and his cast presenting and showing old horror movies and skits mixing horror and comedy. It made him happy to know that people could laugh and see an obscure movie on his show after a long day at work. The series’ first episode aired in 2012. It has also made appearances in the Midwest at comic book and horror conventions and other events. She was a friendly person who enjoyed meeting and chatting with new people.

Curt had many creative talents. He, along with the other cast members of his show, designed the set and costumes for the show, wrote the scripts and edited the show. He was also a talented carpenter, making handmade coffin-shaped shelves and keepsake boxes, and even created his own line of hot sauce. For his daytime job, Curt was foreman at the Ardagh Group glass manufacturing plant in Burlington, where he worked for 35 years.

Curt is survived by his older brother Lonny Meyer, daughter Rachael Meyer, fiancee Jennifer Lambert (who co-hosted his show as “Storm Winter”), children of Jennifer Kayla and Alex, and grandchildren. children Anthony and Terrance as well as his many friends, many of them involved in his show and other projects over the years. He is predeceased by his parents, Arleen and Burton Meyer, his stepfather, Robert Erdmann, and his stepson Josh Sayer.

In addition to horror, Halloween, and rock n ‘roll concerts, Curt and Jennifer enjoyed riding motorcycles together, fishing, and most importantly, spending time with their friends. Curt was generous and appreciated his friendships, the kind of guy who would donate the shirt off his back to help someone. Curt will be missed by all, but his legacy as a rocker and good friend and his creative endeavors as Deadgar Winter will live on in our hearts and minds.