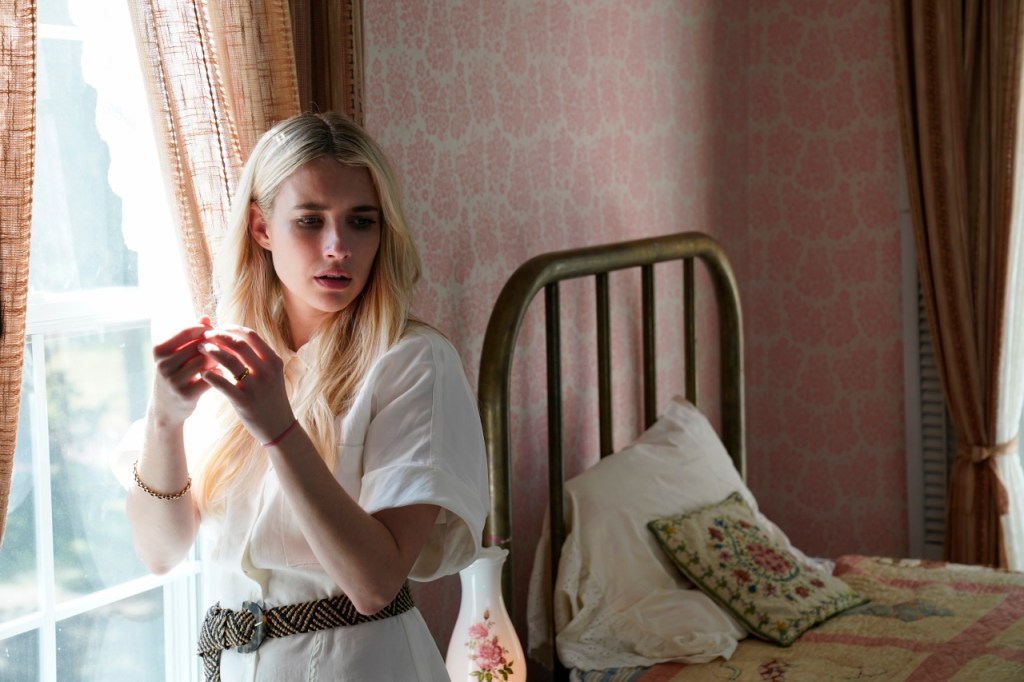 A low-key horror-thriller that culminates in a claustrophobic ending, “Abandoned” begins as a couple – Sara de Roberts and her husband, Alex (John Gallagher Jr.) – move into a new home in the deserted countryside with their new son. -born , Liam.

Sara struggles with postpartum depression, but when the past of this country house is revealed to her – as the site of a double homicide and suicide – she is undeterred and moves in.

“We start by looking at these people in the middle of an emotional crisis,” Roberts, 31, said. “There is clearly some tension between them as they ask themselves, where do we want to live?

“They definitely love each other. There are laughs. I don’t think it’s hopeless. The ups and downs are portrayed, but the reward in the end is seeing it all.

“There is a lot of hope and expectation. This is a couple that really wants a fresh start,” Gallagher, 37, said. “Alex in particular has this idea that if he could find the perfect, ideal setting for his family, everything would be completely perfect and they would live happily ever after.

“That’s why he ends up moving his family to the middle of nowhere. Of course, things start to get a little worse, as they often do.

“I would say there are problems ahead. But the rationale for her to dismiss all those red flags,” Roberts said, “is really that she’s a woman who clearly says ‘no’ a lot. I think she’s trying to say “yes” and make her husband happy.

“When things are not going well, she wonders, how could they possibly get worse? That is of course the question posed at the beginning of any great work that shows you how things get worse.

Roberts in real life is a single mother with an 18-month-old son. “Abandoned” often sees her hold the baby cast as Liam.

“We got along really well, she was so sweet and so cute. There were times when we were laughing with each other and we had to stop because this movie is not a comedy. But it kept things very lively and fresh. .

“We would only have it for a few minutes at a time and we had to be ready and get what we could. It was definitely the pressure. But pressure in a good way.