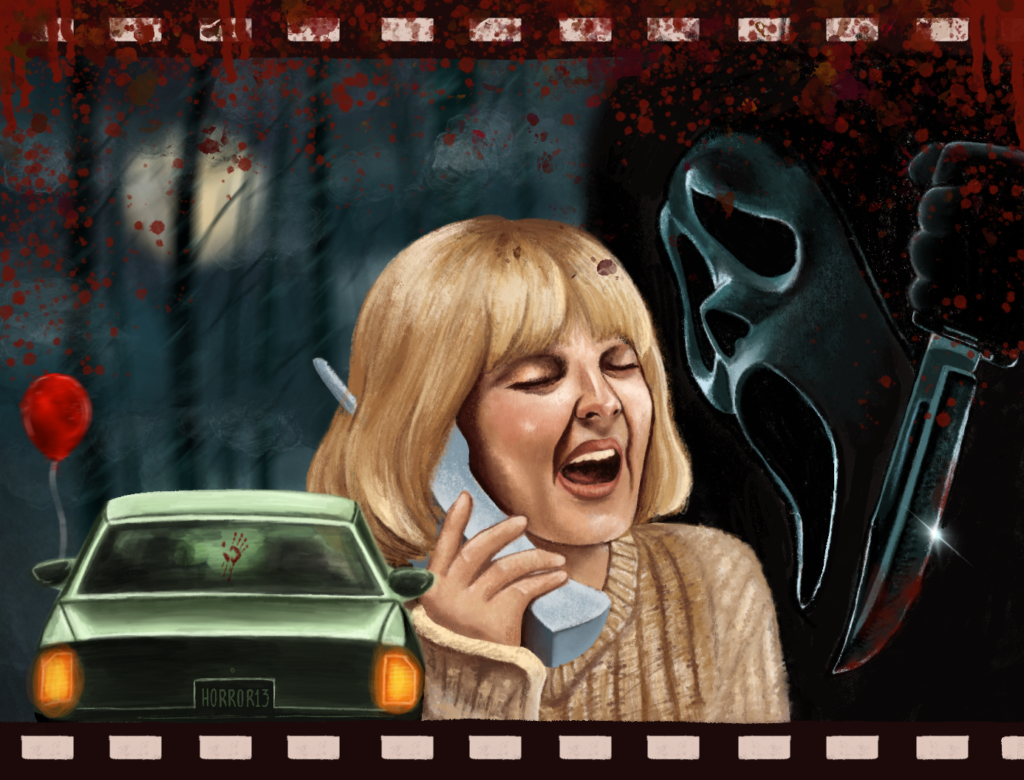 From lighthearted romantic comedies to gory horror flicks, the films tend to follow a storytelling formula successful in their genres’ predecessors. Given the recurring nature and narrative archetypes that characterize each genre, people have come to know and identify with these tropes by relating them to their own lives. In “Cinematic Culture,” columnist Alexis Jones breaks down the conventions of different film genres and explores their social and psychological impact on pop culture.

Monsters under the bed have never been so terrifying.

While the slashers of the 70s and 80s have evolved into the psychological thrillers of today, horror is a grand genre to be enjoyed from. people’s biggest fears. No matter how ominous a threat may seem, the promise of fear continues to draw audiences into theaters. Appealing for their escapist quality, horror films examine all types of frightening and potentially transformative life and death circumstances, says film lecturer Alex Franklin.

“(In) real horror movies, … there’s some kind of malevolent entity trying to do something bad to the heroes of the movie,” Franklin said. “Maybe there is someone or something trying to kill you, but they may also be trying to hurt you in ways you don’t want that will hurt or permanently affect your life. .”

The driving forces of evil in all horrors, Franklin said, can be divided into three categories: man, beast, or ghost. He said the malevolent human entity is usually seen in slashers, where a human or something with human promptings and abilities chases the characters in those movies. An overall classification, he said the beast can range from anything like animal creatures and monsters – like vampires or werewolves – to those that were human. Ghosts, Franklin said, are supernatural entities that do not obey the laws of physics.

Whether it’s understanding a killer’s motivation or the mythology of a supernatural beast or entity, Franklin said there are many reasons why people watch horror movies. For example, he said they could take advantage of the tension by anticipating what exciting event could happen at any time. Film lecturer Bryan Wuest, who teaches Film and Television 114: “Film Genres: Horror Movies,” said horror movies entertain because they convey their primary intent to scare. From the comfort of watching movies environment, he said the genre allows viewers to feel that sense of dread without experiencing it firsthand.

“It’s like going on a roller coaster or skydiving,” Wuest said. “I don’t really want to fall out of a plane, but I want to pretend physical. I want to have this hole in my stomach. Horror movies (are) a place to safely experience a range of emotions which, in real life, would be very unpleasant.

To understand how and why the brain experiences fear and anxiety when watching movies of the genre, assistant professor of psychology Avishek Adhikari said that people only want to be afraid when they are in a controlled situation. , as evidenced by a horror movie. So that anyone can profit from negative emotions Provoked by these movies, he said the most important part is suspending viewers’ disbelief that they are in no imminent danger and that what is on screen is not real.

While horror revels in the thrill of jump scares, addressing contemporary terrors to ease people’s anxieties might also be why they gravitate towards the genre, Wuest said. From political messages to the violation of social norms, Franklin said the themes addressed by the villainous characters are relevant to popular culture. On top of that, Wuest said horror movies also intrigue audiences since villains allow people to unorthodox, more repressed urges to express – which could explain their attraction to the genre despite its macabre nature, like watching graphic content despite its upsetting nature.

But in terms of plot, although the antagonists provide a way to express the hidden desires of the viewers, one person always survives their attacks: the last girl. The most common character trope in the horror genre, Wuest said viewers not only sympathize with the female protagonist, but ally themselves with her as a representative source of strength and power, living in the worst conditions imaginable. . Of a psychoanalyst’s approach, he said that the final girl is as valuable an icon as the monster because they are both vessels upon which the audience projects their untapped curiosities.

Historically, Wuest said monsters are the central figure that ties movies together in most horror franchises – presumably because their motivations are more interesting. But with the embodiment of female empowerment in the final female characters, he said the narrative shifted the audience’s focus from monsters to victims. With these two elements, he said that the genre can give voice to the different motivations of viewers.

“Horror is so popular because it gives two sets of things,” Wuest said. “I want to create problems. I want to be chaos, but I also want to survive.

Janhvi Kapoor sets the internet on fire in a bridal look and looks dreamy in pink lehenga: PICS | News

Loans for graduates. Most Graduate Students Are Strongly Determined by Loans