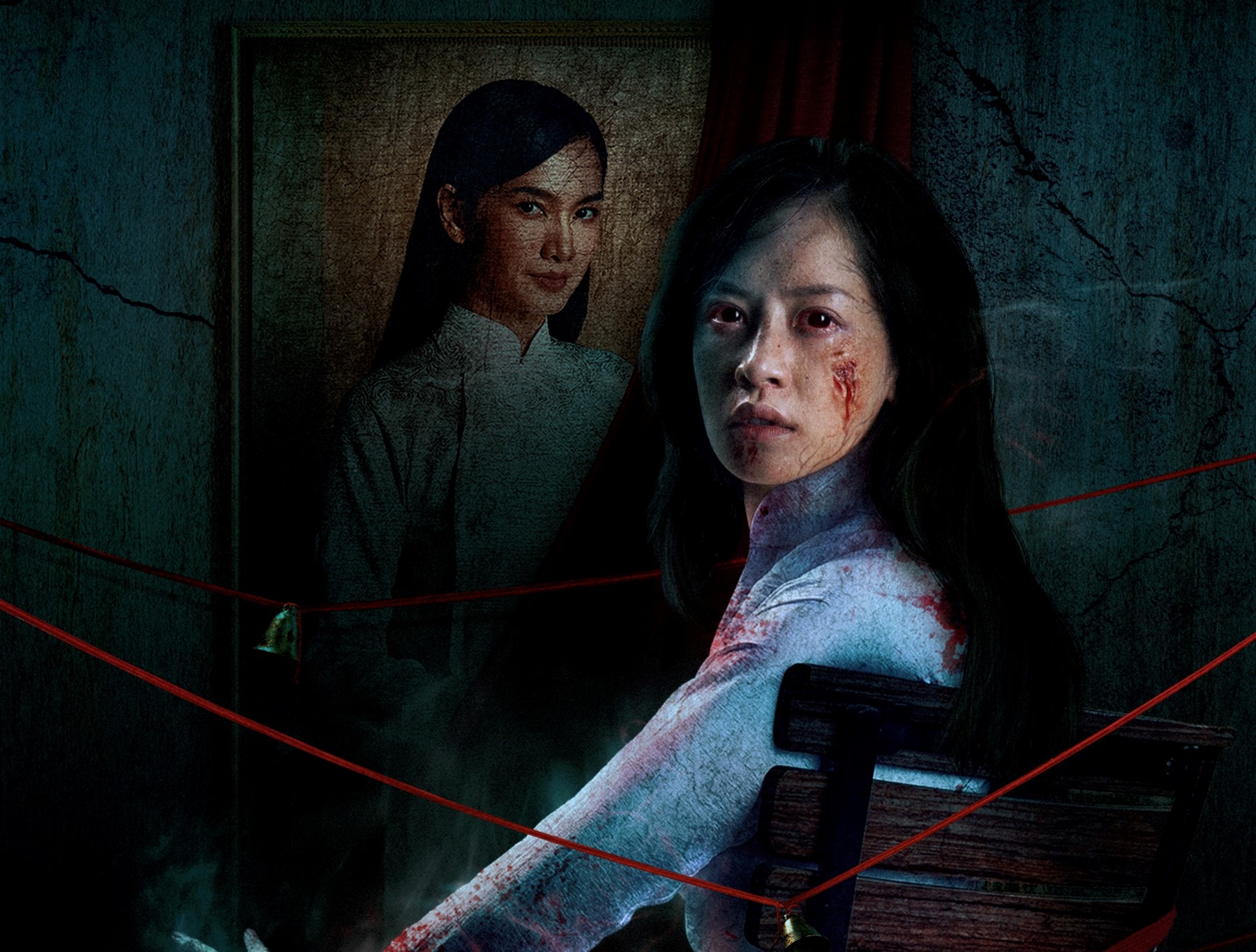 Hằng Trịnh On MUOI: THE RETURN OF THE CURSE

Watch out, Maverick: you’re not the only character in 2022 to return to theaters after a long wait. After 15 years, we have a second act for Mười, best known to Vietnamese moviegoers as the áo dài-wearing ghost whose curse lies in her portrayal.

Of course, Hằng Trịnh, the director and producer of Mười: Lời Nguyền Trở Lại (Muoi: the curse returns), knows the great importance here. In 2007, the first film, Mười (Muoi: The legend of a portrait)apparently the country’s first horror film after 1975 – and also one of the driving forces for the censors to create a rating system from scratch (all Gremlins and Indiana Jones 2-like) was the film event.

When FANGORIA first met Hằng, the sequel was fast approaching. She has stepped up her efforts to create buzz for the film, which is also her feature debut for her own production company Silver Moonlight, with the additional ten meters of anecdotes, making-of and shorts. One of them is a rather endearing “trailer reaction” video featuring the director of the first film, Kim Tae-kyeong.

“That scary nail part is really effective,” he said, according to Vietnamese captions.

Another is structured like an interview with the Vietnamese characters from the first Mười; their words a reminder of what the curse was. In the past, Mười (Anh Thư), the beautiful tenth daughter (“mười” means “ten”) of a country family, got captured by Nguyên (Bình Minh), a dashing painter. When Nguyên’s wealthy wife, Hồng (Hồng Ánh), discovered it, she largely disfigured her. Mười then hanged herself to end the pain, becoming a supernatural force locked behind her lover’s portrait. No one should watch it, as the legend says, or it will use your body to kill, primarily those you believe have broken you emotionally.

“When we decided to make the movie, the first thing we thought about was getting the trio back,” Hằng said. “Otherwise it would be useless.”

Whereas Mười was possibly filmed in Vietnam and had characters wearing áo dài and speaking the language (imperfectly), many consider its texture to be more Korean than Vietnamese. So there is merit in considering the co-production as “K-horror” rather than “V-horror”.

History was about to repeat itself when Hằng received the completed scenario of a new Mười Korea project. She turned it down, citing narrative holes and, again, the inferior presence of Vietnamese elements. The mission to alter them became possible when she, her creative team, and Korean production partners decided to move away from the “deadly cursed object” genre trope by putting more light on the human imprint behind said object. It would be a 180 from Zizak’s script for the old Muoiin other words.

“Hồng is of course vicious for exerting his jealousy like this, but have we really understood the thought processes behind it?” she added. “Is Mười right or wrong? What does Nguyên look like? These are the threads that make me think – more than the deaths and fears the portrait can bring. Part of that may also have to do with the fact that I’m a woman. I’m leaning more internally than externally.”

Although Hằng does not script – Oscar Duong and Phil Wyatt are the credited writers – his aforementioned point of view is still detectable throughout the plot of Muoi: the curse returns. After the death of a mutual friend, curator Linh (Chi Pu) and artist Hằng (Rima Thanh Vy) attempt to reconnect. The latter then invited the former to her last concert, staying with the famous painter Lê Chánh (Khôi Trần) and making professional replicas, at the request of the current owner, Miss Diệu (Đinh Y Nhung). This is also how Linh discovers that one of the works of the house is, surprise, the portrait of Mười. Stranger things ensue between the women, and past and present are more intertwined than one might imagine.

Being a sequel, there are callbacks to the 2007 film (nightmares, stabbing, sizzling acid, etc.). Comparisons are essential in the following, especially on the fear factor. Hằng said she was aware that even though 15 years have passed, the sets for the first Muoi, backed by the essence of K-horror, can still beat those in the sequel. That’s not to say she won’t try to reverse the script, but, for her, Muoi: the curse returns has another element more worthy of attention.

“The logic behind the curse,” Hằng said. “Even now, when we ask viewers and press people, a number of them remain unsure of its context, how it is spreading. We will aim not to ‘spoon feed’, but will allow people to start connecting the dots and figuring out what’s what for themselves.”

Among the elaborations? Mười’s curse is not Kayako’s; he chooses whom to contact. Also, the more negative energy a person has, the more likely they are to reach it.

Another elaboration consists in letting Muoi: the curse returns unfold in one place, the French villa of Lê Chánh. The smaller scale might just be a result of the film’s mid-budget design, but it also offers the ability to sustain the impact of the curse. For some Vietnamese viewers, the first Muoi I traveled so much across the country to find where the characters might be (Saigon? Đà Lạt? Hội An?), and spotting the inconsistencies removed a lot of suspense.

The villa seen in the film, Hằng revealed, was not even the production’s second choice. Located on the way to the Donaruco field, a rubber supplier in Đồng Nai is abandoned, without a roof and with heavy fire damage. She remembers feeling shivers when she first entered the place.

Artistic director Trần Trung Lĩnh, also credited as the supplier of the paintings, led the task of restoring the place. Not entirely, however; in Hằng, some original traces of the place could add to the atmosphere. “When Linh walks up the stairs, the textures on the walls are as they are,” she said. “Same for those behind Linh when she’s washing the dishes and a girl is walking behind her. I love them!”

She added that almost every corner of the abode, inside and out, is explored in Muoi: the curse returns. Yes, even when the photography of Bob Nguyễn (of Song language Fame) mostly uses a 20mm lens and fixed angles or sets up images ready to own the score by Seth Tsui (formerly of Remote Control Productions). The visual style is inspired by the first two works of Hằng’s cinematic idol, Jordan Peele.

“As for the plot style, I love The sixth sense“, Hằng said. “It is a type of horror that is not so powerful with its scares or showy about anything. It’s very moving and has a great twist. This is also our vision for the film: we will not induce fear in an irrational way, we will do it to move the plot forward towards an ending full of drama and femininity.

As with all Vietnamese films, especially horror ones, Muoi: the curse returns have to deal with the censors first, but Hằng revealed that they didn’t demand any cuts. On a worry scale of one to ten, she was at the time “6 or 7” due to the film’s high number of victims.

“As it was an international co-production, we had to get the script approved before shooting,” she said. “I’m grateful to have gotten the response from the Film Bureau early on. We can make fixes immediately if there are any.”

Hằng also cited Vietnamese horror story passing censors, despite portraying the supernatural as legitimate and in a candid way, as evidence of a more open-minded – or creative-friendly – ​​vetting process these days. Skyline Media, of which Hằng is CEO, handles worldwide sales of Trần Hữu Tấn’s horror anthology, the first in Vietnam.

Along with bringing her feature debut to the local film scene, Hằng would also earn the (still) rare accolade of being a female horror director. Lately, there’s also Đặng Thái Huyền, who in 2017 shifted gears from war dramas to try the genre with Lời Nguyền Gia Tộc (family curse).

But “firsts” and titles were never the focus. “I put people’s feelings about the film first and foremost, that they see it from a female perspective. Or will they compare a female-directed horror to a male-directed one?”

Muoi: the curse returns ended its opening weekend in second place after Korean comedy 6/45according to figures counted by Box Office Vietnam.

As new public reactions, photos and promotional writings pour in, it’s safe to say that Hằng is watching them closely. After Vietnam, the film should see audiences in other territories by December, including the United States. She was still finalizing the details for the latter during this interview. The hope would be to free Muoi: the curse returns in US theaters in November.

“I think there’s an undercurrent of worry in everything I’ve shared with you,” Hằng said. “Because this is a first film, there may be flaws in technique, storytelling or whatever people may note… But I think this image has a life of its own, a quite distinct style and a very feminine core. I hope American viewers, especially women, will take a look and come across a perspective that matches their own.”