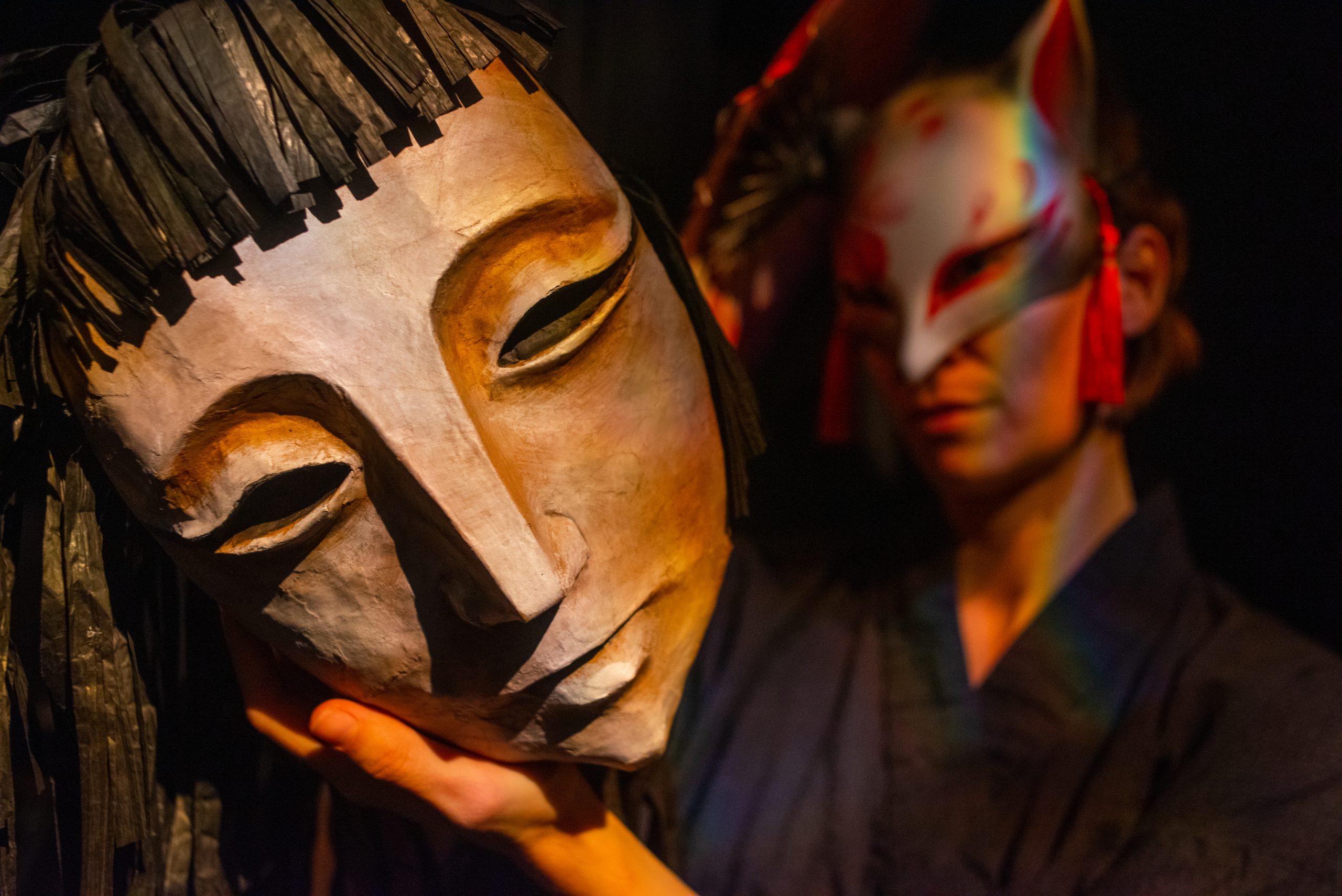 If you want to go beyond schlock and shock into an October high horror experience, look no further than House of the Exquisite Corpse – A Haunted Puppet Anthology at the Chopin Theater in Wicker Park. Created by the brilliant minds of the Rough House Theatre, this show is a Frankenstein of seven rooms and body parts sewn together, combining the horrors of the house (after COVID, we can all agree it can feel like a prison) with the frailties of bodily existence. It’s an ambitious and surreal leap into puppet horror. The show was designed by Mike Oleon and features works by Oleon, Time Brickey, Felix Mayes, Grace Needlman, Will Bishop, Claire Saxe, Kevin Michael Wesson, KT Shivak, Corey Smith and Jaerin Son.

To understand the genesis of this project is to better grasp the resulting monstrosity. The seven rooms (or dressing rooms) are a peep show, where the public is the voyeur of an inner world, with puppeteers, physical theater artists, and designers (dozens of collaborators in all) joining forces to create a haunted house that defies expectations.

And that challenges them. I arrived expecting spooky jumping puppets (rather than the usual actors dressed as zombies), and was quite happy to be guided along a dark path, through the woods (metaphorically) to a house full of pain and strife. Emily Chervony (Producing Director and Puppeteer) explained at the Opening Night After-Party how box design originally evolved to give audiences and performers some distance during COVID. It also works as a horror concept, as you’re very aware that you’re a viewer – and you feel scary about it – but not entirely removed from the scene.

Overconsumption, mysteries, the pressures of time and aging, and even a toilet vampire from the prehistoric depths of Lake Michigan all amazed our group as we circled around the grim and chaotic set (design by Oleon and Warren Wernick , with stage decoration by Sion Silva). These stories all converged around the theme of rooms in a house/body parts – the dining room/stomach, pipes/intestinal tract, etc. Yet each vision was distinct and Frankensteined to the others by a haunting soundscape (by Joey Meland). Each room also offered headsets for audience members that provided music, sound effects, stories, dialogue, and layered atmospheres, making the experience intensely immersive. Puppets themselves come in many forms, from shadow puppets to puppets and with many unique varieties in between.

Some pieces told a straightforward story, while others were more conceptual and left gruesome conclusions for the performer. One of my favorites, “Along the Twisty Road III” (created by Bishop and Needlman – with artist Chio Cabrera) tells the story of the dangers of meeting the family members of a significant other, with the twist extra of being queer and other, and unfolds the scene on an extra-scary country road, all done with voice-over and a clever mix of shadow projections, covered in a kaleidoscope of sound and color.