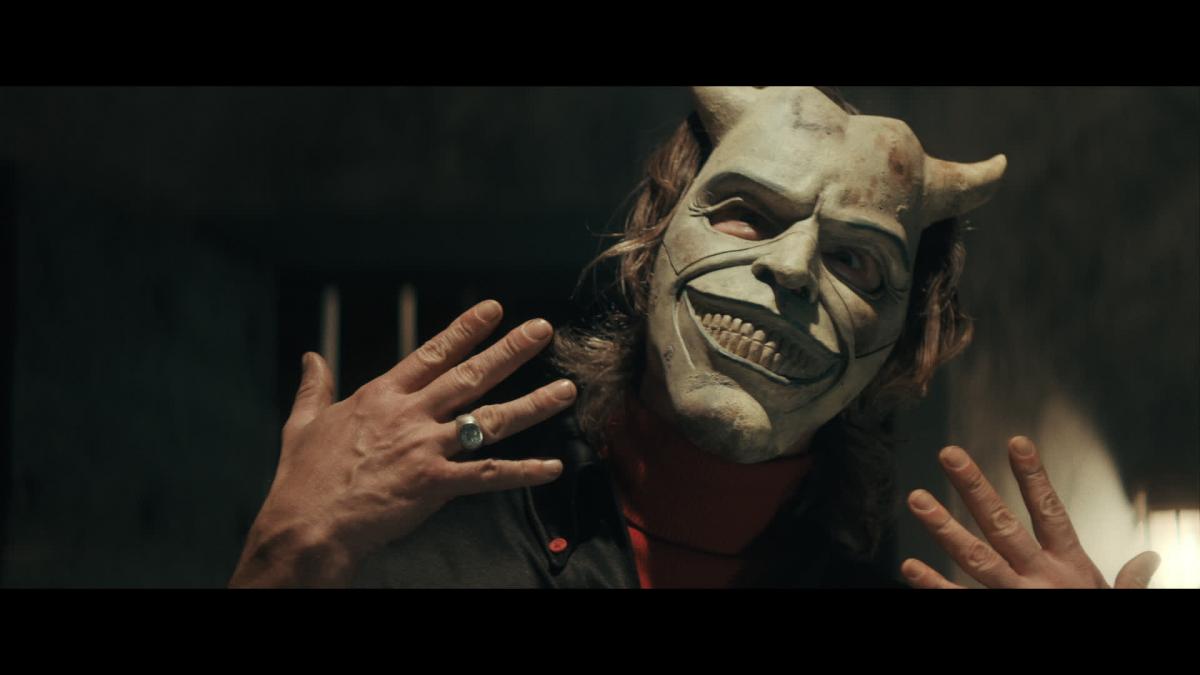 By Iris J. Mason Last updated Sep 12, 2022
Share
A TV advert for an R16 movie showing children with bloody faces and a boy locked in a basement by a masked kidnapper has been banned after complaints from parents who said it frightened, horrified and upset their children.

A distraught viewer said the advert for The Black Phone movie, starring Ethan Hawke, aired as the family dined at around 7pm and was ‘incredibly scary and disturbing’.

“I understand that the publicity for films like this later in the evening, but so early when young children are still awake, it’s awful… There should be a screen that shows a warning before something anything so mature and disturbing ever plays out,” the parent said in a complaint to the Advertising Standards Authority (ASA).

The person was one of seven disgruntled parents in the Universal Pictures NZ TV advert, which ran until the company shut it down in July after being alerted to the ASA’s complaints.

In its recently released decision, the council said the ad contained adult content that could cause fear and distress in some viewers and found it breached a code of practice requiring advertisers to be socially responsible.

Universal said the ad reflected the context of the film – a supernatural thriller with many scary and suspenseful scenes. The ad was given an M rating by the Commercial Approval Bureau (CAB) and special care was taken in selecting the appropriate TV commercials.

But the complaints committee did not agree that the footage in the ad was clearly supernatural. Instead, he found the ad depicted “very realistic” scenes, including images of children covered in blood who appeared to have been injured and what appeared to be a corpse hanging from hooks.

As the boy in the basement tries to escape, a disconnected black phone starts ringing and sends threatening messages when answered.

Text sandwiched between the ad images reads: ‘If you haven’t heard of the black phone, you soon will’.

The board said the realistic nature of the ad exacerbated the problem of an appropriate audience.

The plaintiffs said their children – ages 7 to 12 – were exposed to the ad when it aired between 6 p.m. and 8:30 p.m. on various shows, including Location, Location, Location; netball coverage on Sky Sports, Master Chef and the sports section of a 6pm TVNZ newscast.

TVNZ said the advertisement was not shown on television at specified times. It appeared that these people had to watch via live or on-demand streaming platforms, which target user login profiles.

“Sales reviewed ad content prior to airing and applied an after 8 p.m. restriction for TV broadcasts,” TVNZ said.

The only television program in which the advertisement was shown from the complaints list was Master Chef Australia, which is rated PG. The ad aired at 8:20 p.m. when just 8.6% of viewers were under 15, TVNZ said.

Sky Sport said the audience for the netball coverage, in which the advert complained, was predominantly aged 18 or over.

The council said the advert should not have been rated M and warranted a higher level of protection.

“The negative reaction from viewing the footage in the trailer was not something that could easily be mitigated by the presence of a parent or caregiver,” the advice said.

“Although on-demand/live streaming platforms serve advertisements based on the age of the profile holder, advertisers and media should be aware that in reality children are viewing content through adult accounts. So, when the content calls for it, layering additional protection with the use of tools such as time-targeted ads could be employed,” the advice said.

More precautions were needed to protect vulnerable audiences from viewing scenes from an R16 film, the council said.

Other comments from the complainants included: “My son, 7, was very scared and very distressed. These should not be shown at these times or if synchronization of these adverts is not possible , users should be able to select ad rankings to prevent those ads from being served.

Another complainant said: “My 10-year-old son was watching sports news with us. He was horrified.

The council also received two complaints about advertisements on digital billboards and bus shelter posters for the film, but did not uphold them. He found that the image used on them – one of Hawke as the kidnapper wearing a top hat and gray horror mask with an exaggerated smile – would not cause fear or distress to the most people because it appeared in isolation from other images.

‘The Blackening’ Tries Like Hell To Parody Horror Movie Racism