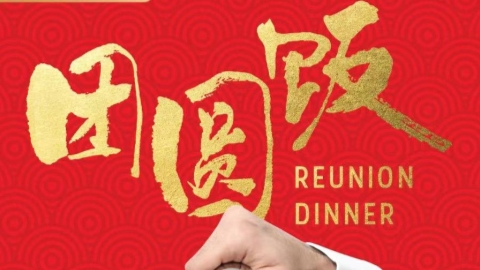 iQiyi and Clover Films join forces in a 4-film project

Filming recently started in Singapore for â€œReunion Dinner,â€ a collaboration between iQiyi and Clover Films from Singapore. The film is the first of four Chinese-language film projects that the two companies will co-produce over the next two years.

The heartwarming comedy is directed by Singaporean director Ong Kuo-sin, whose credits include the film “Mr. Unbelievable” and the documentary “Life Story”. It is slated to release in Singapore and mainland China during the Spring Festival next year.

According to Ong, Chinese descendants make up over 70% of Singapore’s population, and reunion dinners are an important tradition for them.

After the “Reunion Dinner”, the second film to go into production will be a horror thriller by Singaporean filmmaker Kelvin Tong, best known for “The Maid” and “The Faith of Anna Waters”.

Young director Melvin Mak and actor-turned-director Tay Ping-hui will direct the other two projects – a romantic drama and a medical thriller.

Guo Youquan, a manager of iQiyi, said that this was the first time that the company had a partner in depth in the Southeast Asian film market, and that the four films would stimulate mutual exchanges between industries and film cultures of both countries.

While all four are made by Singaporean filmmakers, iQiyi will provide scripting, marketing and distribution support.

Clover Films chief executive Lim Teck said he has confidence in Singaporean film talent and that working with iQiyi will give them more exposure to a wider audience.

In recent years, iQiyi has partnered with many talented filmmakers to create and develop new content for the thriving Chinese entertainment industry.

A few films such as “Double World”, “Spring Tide” and “Dwelling In the Fuchun Mountains” have received wide acclaim on iQiyi in PVOD mode, a new online movie distribution channel effective to complement traditional theatrical releases.

Films in the works include the drama “In Our Prime”, the martial arts film “Fox Volant of the Snowy Mountain”, the crime thriller “The Hovering Blade” and the sports film “Ping Pong of China”.