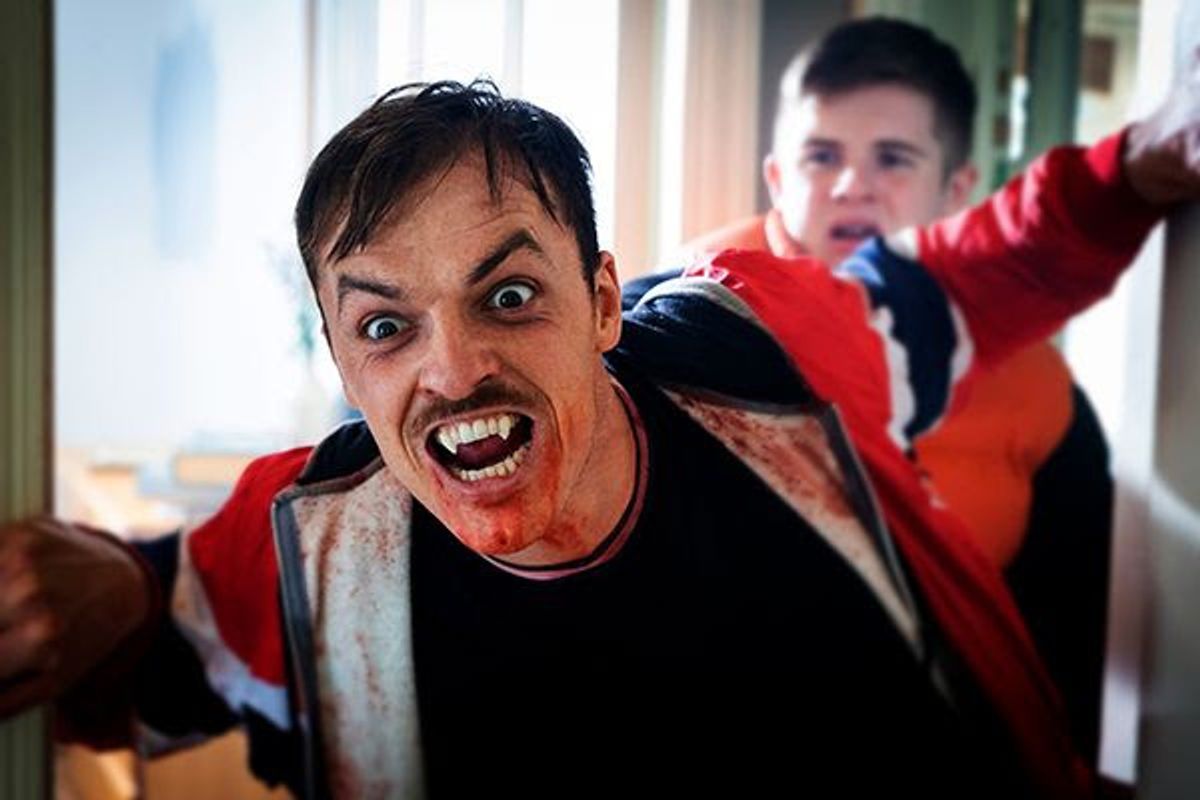 irish filmmaker Conor McMahonthe next horror comedy, Let in the bad, prepares to wear its crocs in April. The trailer full of blood and laughter will leave you ready to sink your teeth into this vampire movie.

Let in the bad follows young supermarket employee Matt, who is a little too nice for his own good. When he discovers that his older brother Deco has turned into a vampire, he is faced with a dilemma: will he risk his own life to help his brother, blood being thicker than water? Or will he kill him before he spreads the infection further?

McMahon, who has already made the successes of genre festivals stitches and From darknesstakes vampire movies in new directions while aiming to honor the classic tropes and charms of the genre.

The film is a co-production between Tailored Films (The Lodgers) and Workshed Films (From the Dark) and is funded by Screen Ireland, MPI Media Group and The Broadcasting Authority of Ireland, in association with RTE.

leave the bad In preview in certain cinemas and digitally on April 1, 2022.