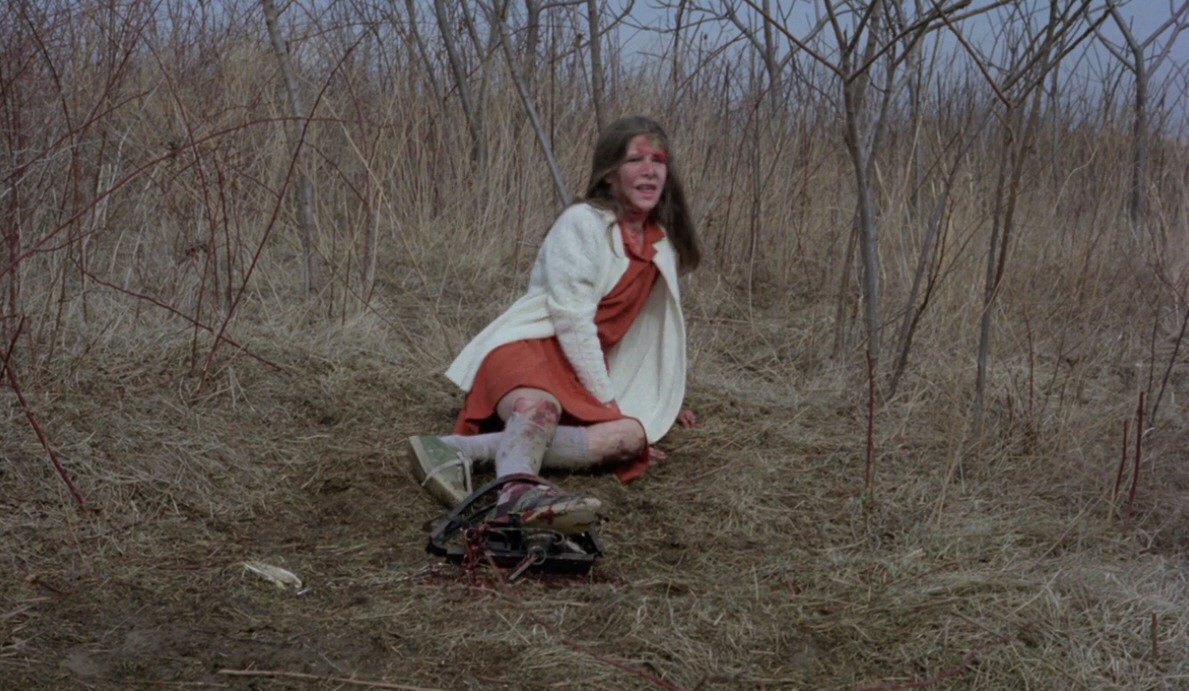 Unfortunately, John Russo may have overdone it a bit with “Midnight”.

Looking for a bit of classic George A. Romero flavor but have exhausted the man’s filmography multiple times? So you could I want to see writer/director John Russo Midnight (1982). It’s a no-budget satanic cult pic shot in the Pennsylvania area that employed a number of Romero’s cast, including legendary FX maestro Tom Savini.

Now, I know this information has probably piqued the interest of many, but keep those jets cool. Midnight could have some of the mood and style of Romero’s early work (we’re talking about the 1960s). But the story is a mess. While the effects are good, there’s no memorable eye candy either. Russo, for those who don’t know, co-wrote night of the living dead (1968) with Romero and produced his little-seen second feature, There is always vanilla (1971). Russo is also an author and Midnight is an adaptation of his own 1980 novel of the same name. But maybe the task of taking on so many tasks at once was a little too daunting, because it never really comes to fruition.

An ominous opening scene features a young girl caught in a bear trap who is mobbed by a group of children at the behest of their “mom”, with orders to kill the “demon”. Years later, teenage Nancy Johnson (Melanie Verlin) has just run away from home because her alcoholic stepfather, Bert (Lawrence Tierney), a cop, tried to rape her. Nancy decides to hitchhike to San Francisco, where her sister lives. She manages to take a ride with two nice and respectable guys, Hank (Charles Jackson) and Tom (John Hall), in their van.

The three make a pit stop in a small outback town and run into the local cops after stealing groceries because they’re all broke. After a brief chase, the trio decide to sleep in the woods for the night, hoping they can lose the cops for good the next morning. It is only when morning arrives that they find that their situation has only gotten worse. They are in the backyard of a satanic cult always looking for new victims.

A few casting light spots help tremendously. Lawrence Tierney, whose role is small but his name lends a bit of gravity, and John Amplas, a Romero regular best known for playing the titular vampire(?) Martin (1977). The acting is often just a step above a student film. But no one here is downright bad; fans of classic regional horror will know what level we are here. Savini’s FX work in Midnight delivers a few gory moments but is pretty pedestrian by its own standards. There’s no big bloody decor or anything like that.

There’s a little nasty undercurrent running through the whole image that I appreciate. A scene involving Hank and Tom and some redneck cops starts out tense and then turns scary once a fatal revelation is made. While it’s mostly a mess, I find myself enjoying the various elements – a cult of child killers, a small town, brutal deaths, woodlands, the Pennsylvania countryside – despite the fact that Russo doesn’t seem being able to fit it all into a compelling narrative. I can’t say for sure that fans of Romero’s early works will like Russo’s budding clash. But with so many players behind the camera who have worked on George’s old material, the aesthetic is appealing.

Severin spared no expense to ensure that Russo Midnight belies its low-budget origin as the 1.66:1 1080p image is from a new 4K scan of the original camera negative and, man, it sure is a beauty. Clarity is exceptional, with the image so sharp you’d be hard pressed to guess it was shot on a shoestring in 1981. Nighttime scenes remain dark, with near-perfect black levels. The fine details are equally impressive. The colors are superb. A few strokes are soft, nothing to complain about. This is easily one of the best works I have seen of Severin.

Available in English DTS-HD MA with either 2.0 or 5.1 options, the track is mostly dialogue-driven, apart from an ambient synth score that has no credited composer (this is Mike Mazzei, who is interviewed on this disc). I went with the 2.0 as it matches the original mono mix and the experience was error free and well balanced. No hissing or popping, although it all sounds a bit thin overall. Subtitles are available in English SDH.

Selections of isolated scores including an audio interview with composer Mike Mazzei are available, giving the uncredited writer a chance to discuss his work on the film.

“Manufacturing Midnight – Interview with John A. Russo” (1080p) is 22 minutes and 44 seconds. It’s quite an interesting conversation with the longtime multi-hyphenate who has a lot to say about his work on this feature and his time with Romero.

“The Midnight Killer – Interview with John Amplas” (1080p) is 10 minutes and 37 seconds. Amplas talks about his work on the film and his participation in the PA acting scene.

“Small Favors – Interview with Special Make-Up Effects Artist Tom Savini” (1080p) is 8 minutes and 35 seconds long. The FX vet recalls how he got involved in Russo’s project and what work he did on set.

Charming despite its many flaws, Russo’s fringe cult hit is best recommended to fans of DIY regional horror and perhaps those who also love George Romero’s early career. Severin’s record is still a winner, with excellent a/v quality and a handful of interesting interviews.

John Woo is directing a remake of The Killer for Peacock in 2023!