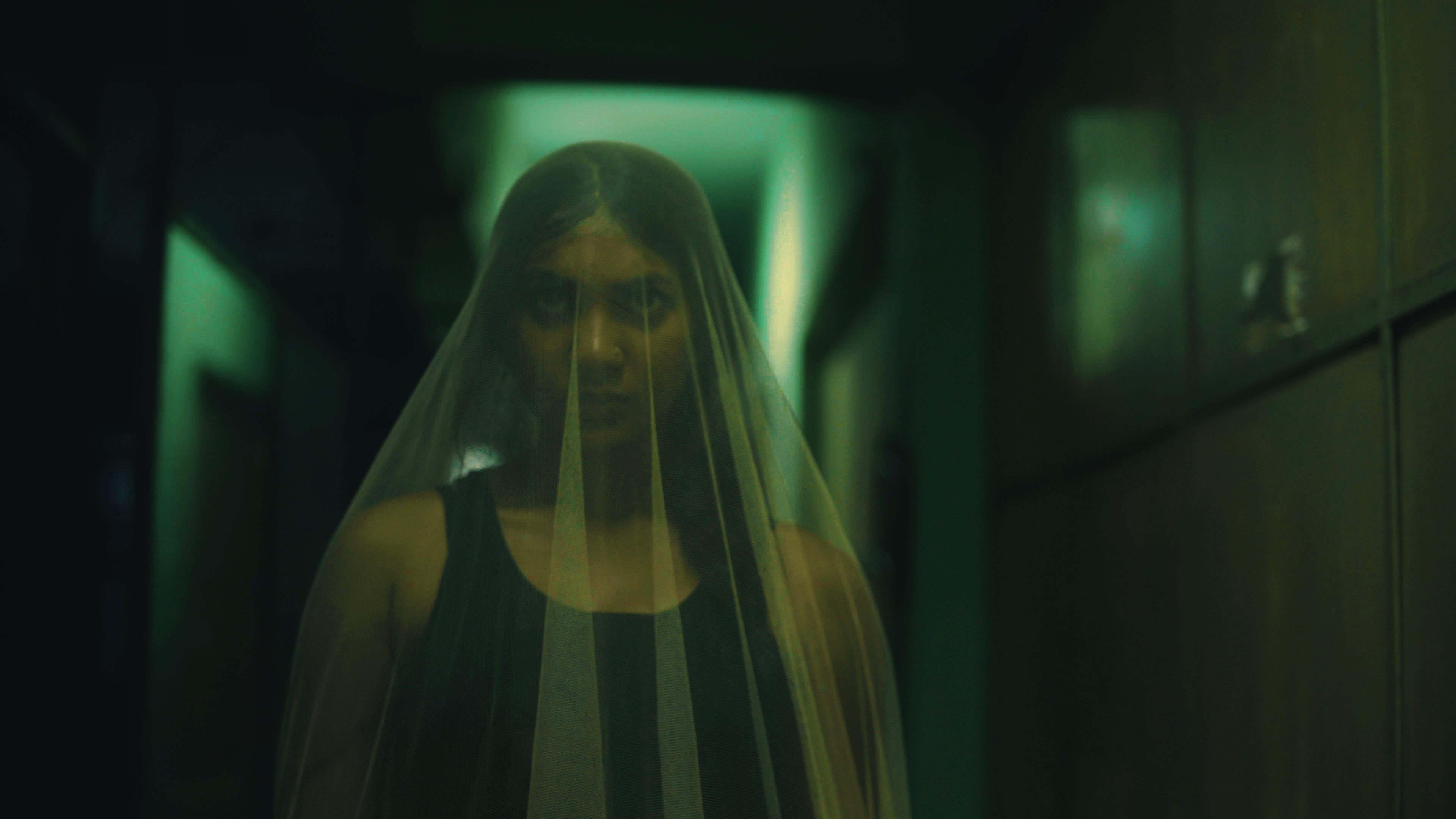 After this year’s SXSW, references to The Internet probably won’t be about the 1995 tech thriller starring Sandra Bullock, so apologies to her and the film’s fans. In fact, the new network has nothing to do with computing, so excuse me Web3 fans as well. For this occasion, the meaning of “net” goes back to basics, as in an object made of strands woven together. Consider mosquito nets. This insect repellent invention is also what you will get by translating the Bengali title of Nuhash Humayun’s horror drama short film. Moshari.

Even before its March 13 world premiere at SXSW as part of the Midnight Shorts program – the first from Bangladesh to be screened there, according to Humayun – people are already talking about Moshari. The talks, in particular, are about transforming the short film into a feature film creation, precisely the phase genre titles such as The Evil Dead, Saw, The Babadook, Mama, and more once experienced. As expected, the details of this process aren’t something Humayun could share over the phone (yet), but for now the spotlight is on his proof of concept. At 22 minutes, Moshari follows sisters Apu (National Film Award winner Sunerah Binte Kamal) and Ayra (Nairah Onora Saif) as denizens of a world where, when night falls, they must stay inside mosquito nets or become the food of bloodsucking monsters.

Humayun recalled that he conceived this story while in college. In a way, its roots go back to a childhood mystery-fear of all nights spent sleeping in a mochari like many other South Asians, feeling protected but continually wondering if the danger is just beyond delicate curtain. “The kind of netting traps all the light around it, so it shines a bit, and you can’t see what’s directly outside,” he said.

Since there are no monsters in the closet or under the bed in his culture, Humayun finds Moshari presents an opportunity to do a distinctly Bangla slice of horror. The entire short film, which he directed and wrote, takes place in Dhaka. The key cast and crew are local, even close (Saif is Humayun’s niece, Kamal is a media friend). Although Humayun said this only happens after the fact, traces of his actual family dynamic with his mother and three sisters are there when Apu and Arya interact.

“My parents separated when I was a kid, and my mom was always really busy because she was in college, so it was kind of like my sisters raising me,” he said. declared. “That sibling relationship, I thought there was something interesting about it — just exploring ‘What happens when your sister becomes your mother because your parents are too busy or not there?'”

Then there are the monsters (Moyed Bhuiyan is credited as the main one), which collectively result from combining mosquito traits with vampire lore. The soundscape, the main one of which is a score full of ephemeral woodwinds and strategic clicks by Dameer Khan, emphasizes the need to bring the mood together with personal notes and quality above all else. “You wouldn’t want to watch something with shitty sound, especially for horror,” he added, after crediting the video The importance of sound from YouTube creator ponysmasher, or David F. Sandberg from Curfew (which started as a short film), for this knowledge.

Most important, however, is the rendering of Bangladesh as the last nation standing in the midst of this disaster. This specific touch of Humayun, which he knows to be wish-fulfillment, can be seen as the key that disrupts the way his homeland is commonly perceived: either vulnerable to the elements or worthy of the (now antiquated) “Third World” designation. “It’s like how Black Panther created an African nation that was never colonized, and that is a powerful fantasy to have,” he added.

On a more personal level, Humayun said that Moshari could show Dhallywood how fantastic, fun stories can be told alongside more grounded, message-rich stories – and can be just as impactful. In simpler terms, he just wants to see more South Asian horrors in the world. And if you replace Dhallywood with Hollywood, efforts like Moshari presents a cinematic narrative that isn’t about battered underrepresented communities and offers more than an evening of stereotyping.

It is also pure coincidence that Moshari is so close to the state of the world. Yes, the concept has always had closeness – a substitute for climate change, Humayun said, of which it has greatly affected Bangladesh and future generations there – but not to the point where it could be seen as a spin on the Global COVID-19. 19 pandemic. A possible (and again, unintended) inference is that mosquito nets serve the same purpose as face masks. “But I think it says a lot that we’re still anticipating some kind of disaster, in one form or another, and there’s more to come,” he said.

For now, however, Humayun is thrilled to pursue his passion for creative storytelling, much like his locally acclaimed parents, Gultekin Khan and the late Humayun Ahmed. In a daily interview Prothom Alo, he said his mother supported his spirit as a filmmaker. His father, quite simply, was the pioneer in the fields of Bengali literature and cinema. The two figures unite and propel him to form a complete portfolio with commercials, short films like his 2018 Sincerely, Dhaka segment, Moshariand features.

Besides the extended version of Mosharithe Sundance Institute Intensive Screenwriting Fellow also prepares Movers Bangladesh. The programme’s first original Bangladeshi project is based on the creation of the country’s first major carpooling platform, Pathao, and benefits from the mentorship of The spectacular nowis James Ponsoldt. “When I applied, so many people said to me, ‘Oh, don’t bother, nobody in our part of the world is into this stuff,'” he said.

But I hope the progress of the project and Humayun will prove that when you as an artist feel good, go ahead and expand your artistic network.