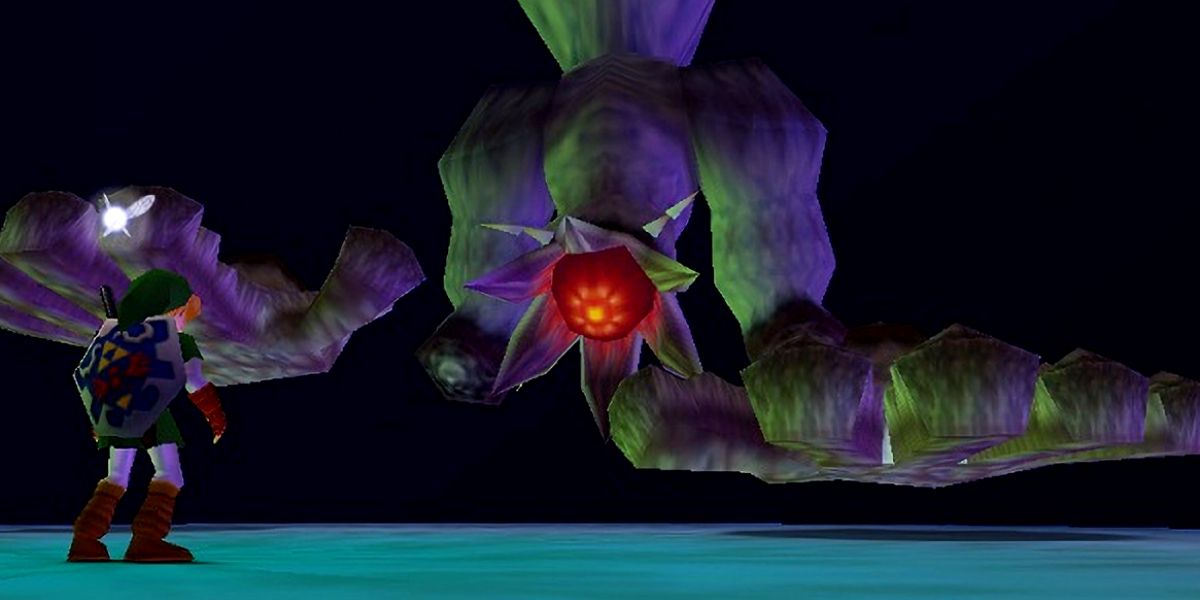 Legend of Zelda Ocarina of Time Monsters Gets a Realistic, Body Makeover

Bongo Bongo, Dead Hand and other monsters from The Legend of Zelda: Ocarina of Time are transformed into gruesome nightmares in new fan art.

new pieces of The Legend of Zelda fan art brings grotesque body horror to the land of Hyrule.

The artwork was uploaded to Twitter by concept artist Andres Rios, and the images reimagine some Ocarina of Time’s monsters as true nightmarish abominations. Blood and gore can be seen dripping from Bongo Bongo’s disembodied hands, and every vertebra of his spine is visible, while Dead Hand is covered in oozing wounds, his mouth large and gaping. The Redeads and Skulltula are rendered in similar gruesome detail.

Rios has also released similar reimaginings of Ocarina of Time’s Bio Poes and Stalfos, and he works on gruesome portrayals of Gohma, Darknut, Stalchild, and Volvagia. He also plans to bring in characters and creatures from Majora’s Mask to life in its unique and terrifying aesthetic. Several people commented on the post, complimenting his work and saying it brought back horrible memories of the creatures as they looked considerably cuter in-game.

The fifth main game of the The Legend of Zelda franchise, Ocarina of time, was released for the Nintendo 64 in 1998. Players control the hero Link as he travels the destroyed world of Hyrule to awaken powerful sages who can seal away the evil Witch King Ganondorf. The game introduced several gameplay mechanics that have since become staples in the action-adventure genre, including a target lock system and contextual buttons.

RELATED: Zelda: Breath of the Wild Voice Actor May Have Revealed a Popular Character’s Ancestor

Over seven million copies of the Nintendo 64 version of Ocarina of time were sold worldwide and the game was re-released for Nintendo 3D in 2011. It is considered by many to be one of the most influential games of all time by several titans of the industry, along with the founder of Rockstar and Grand Theft Auto director Sam Houser, dark souls and Bloodborne cdirector Hidetaka Miyazaki and Final Fantasy director Hajime Tabata, citing Ocarina of Time oneis an important source of inspiration. The direct sequel to the game, Majora’s Maskwas released worldwide in 2000 to similar praise and acclaim. Majora’s Mask sees Link trying to prevent the Moon from colliding with the land of Termina. It was also re-released on the Nintendo 3DS, and in 2022 the game became playable on Nintendo Switch Online. In 2022, Ocarina of time was inducted into the Video Game World Hall of Fame.

The next game of The Legend of Zelda franchise, a currently unnamed sequel from 2017 breath of the wild, is slated to launch in 2023. Along with promotional teasers, a few brief snippets of the game have been uploaded, giving viewers a taste of what it has in store. Notably, one features a decaying Master Sword and the image has sparked a tidal wave of fan speculation.