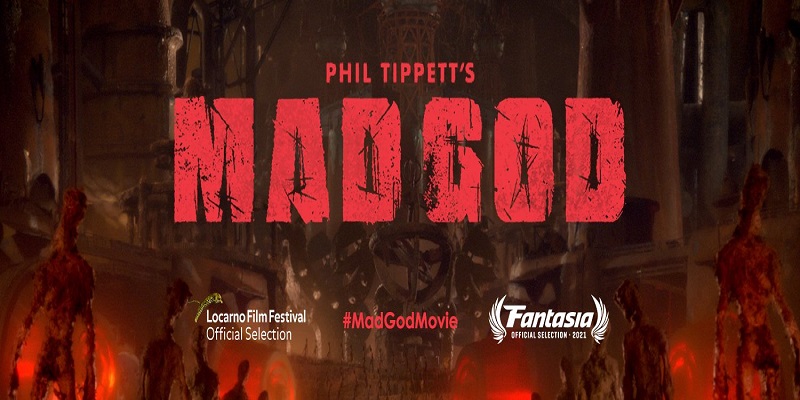 “In short, Phil Tippett is a genius, and there is no better home for him and his visionary spirit than Shudder. We are proud to bring this timeless film to our members,” said Craig Engler, General Manager by Shudder.

“It’s been over 30 years, but thanks to the team at Tippett Studio, we’ve finally made that dream a reality. I am proud to partner with Shudder for the release of crazy god and it’s an honor that my original vision can now be shared with audiences across the country,” said Phil Tippett.

Tippett was inspired to create crazy godduring a lull in his schedule continued Robocop 2. After sketching and designing a few creatures and sets, he and his stage and stop motion crew at Tippett Studio shot the first scenes of crazy godthen suspended work on the project to focus on creating groundbreaking effects for jurassic park.

Some 20 years later, several of Tippett’s main artists and supervisors came across original puppets and sets from those early shots. Revisiting the original images and models, this new generation of artists, mostly computer-trained, yearned to learn from Tippett and help him revive his long-abandoned film. Along with a team of volunteers, Tippett has taught a new generation of artists and artisans while bringing his labor of love to life. In 2020, when the world was safe from a global pandemic, Tippett completed the final scenes

Partially funded by legions of backers on Kickstarter, the early parts of the film were made over months and years backed by the crowdfunding platform. In exchange, the backers got early access to the footage, in addition to memorabilia from the making of each chapter.

Tippett Studio’s recent projects include Boba Fett’s Book and The Mandalorian season 2 on Disney+, Locke and Key season two on Netflix and Marvel Studio Falcon and the Winter Soldier. Tippett Studio has recently moved into producing content for themed entertainment and partnering with international brands in addition to its leading role as one of the industry’s post-production houses.

The deal was negotiated by Emily Gotto on behalf of Shudder and by Peter Kaufman of Kaufman Abdel-Aal LLP on behalf of Tippett Studio.