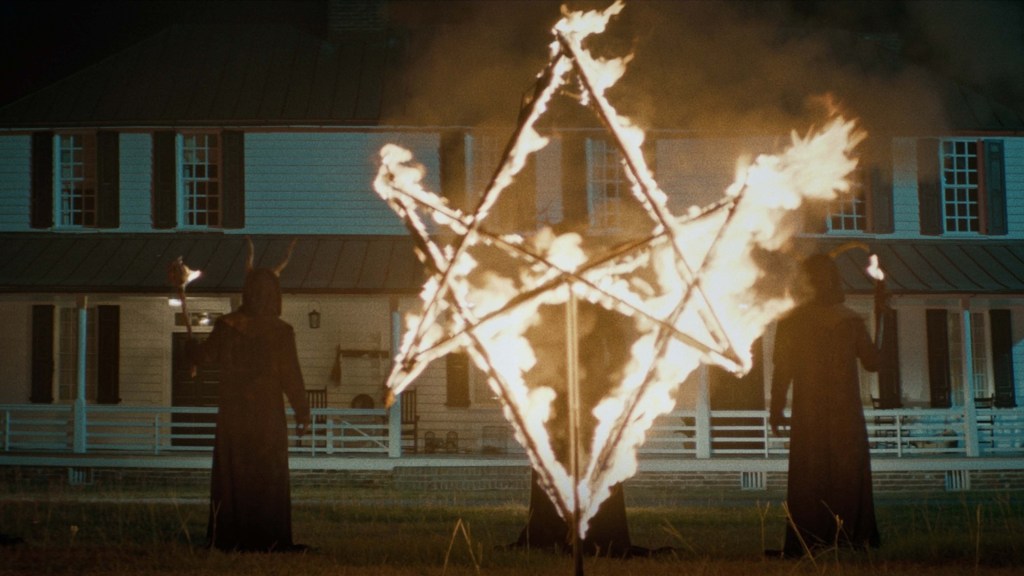 Rated R. On digital and in select theaters.

Sometimes you’re just in the mood for a good old fashioned devil worship movie. “The Long Night” comes to us in the long tradition of horror films about city dwellers venturing into the countryside and encountering Beelzebub or one of his kissing cousins.

New Yorkers Jack aka Jackson (Nolan Gerard Funk, TV’s “The Flight Attendant”), a scion of a wealthy family with a home in the Hamptons, and his girlfriend Grace Covington (Scout Taylor-Compton, “The Lurker”), a southerner-born orphan, want to take their relationship to the next level. But she wants to see if she and Jack can find her parents, whom she has lost track of. Together, Jack and Grace ride in Jack’s new Audi heading south, where they ride around in their skinny jeans and expensive shoes with their expensive phones and plan to meet a stranger, who has agreed to help them.

But when they arrive, no one is home. With prior instructions, Grace finds a key and lets them in and before you know it, Grace and Jack are besieged by a group of people wearing animal skulls with horns on their heads, holding torches and dressed in noir. The horns seem to want Grace. The place is surrounded by dense woods and bodies of water.

Part of the point of movies like “The Long Night” is to make the superior, pretentious rich kid pay for his sins. Another point is to suggest that the often ridiculed dark superstitions of the poor and illiterate have a basis in truth. All of these elements are fun and sometimes scary in “The Long Night,” though the film isn’t quite Ari Aster’s level of clever devilish madness.

Grace turns out to be one of those horror movie heroines who fight back and reverse the roles of her tormentors.

Director Rich Ragsdale (“The Curse of El Charro”) has 44 songwriting credits and has directed a slew of music videos, which keeps him in good stead. He knows that sometimes you don’t need expensive CGI to scare your audience. All you need is to flash the lights and slowly overturn the image of an already disturbing “country totem” and play some spooky music. Instant “Blair Witch Project” vibe.

As an old book reveals, the cult’s history is reminiscent, believe it or not, of some Lovecraftian myths and Nathaniel Hawthorne’s 1835 short story “Young Goodman Brown.”

Taylor-Compton, who played Laurie Strode in Rob Zombie’s “Halloween” (2007) and “Halloween II” (2009), knows the ropes and has a loud shout. She can also run like mad in the woods, which she does for half of her screen time. But in true nightmare style, she can’t escape the mad cult.

No one will be surprised by the identity of the cult master, especially if you read the film’s credits. Funk, who looks a bit like Zachary Quinto, makes Jack a hateful snob at first, talking about his graduation from Princeton and his “litigant” father. But in the gory ending, the actor redeems the goon convincingly. Veteran Jeff Fahey from “The Lawnmower Man” (1993) appears as the house owner’s recklessly daring brother. Yes, that’s Polish composer Krzysztof Penderecki of Stanley Kubrick’s “The Shining” on the soundtrack.

At a brisk 93 minutes, “The Long Night” knows its way around.