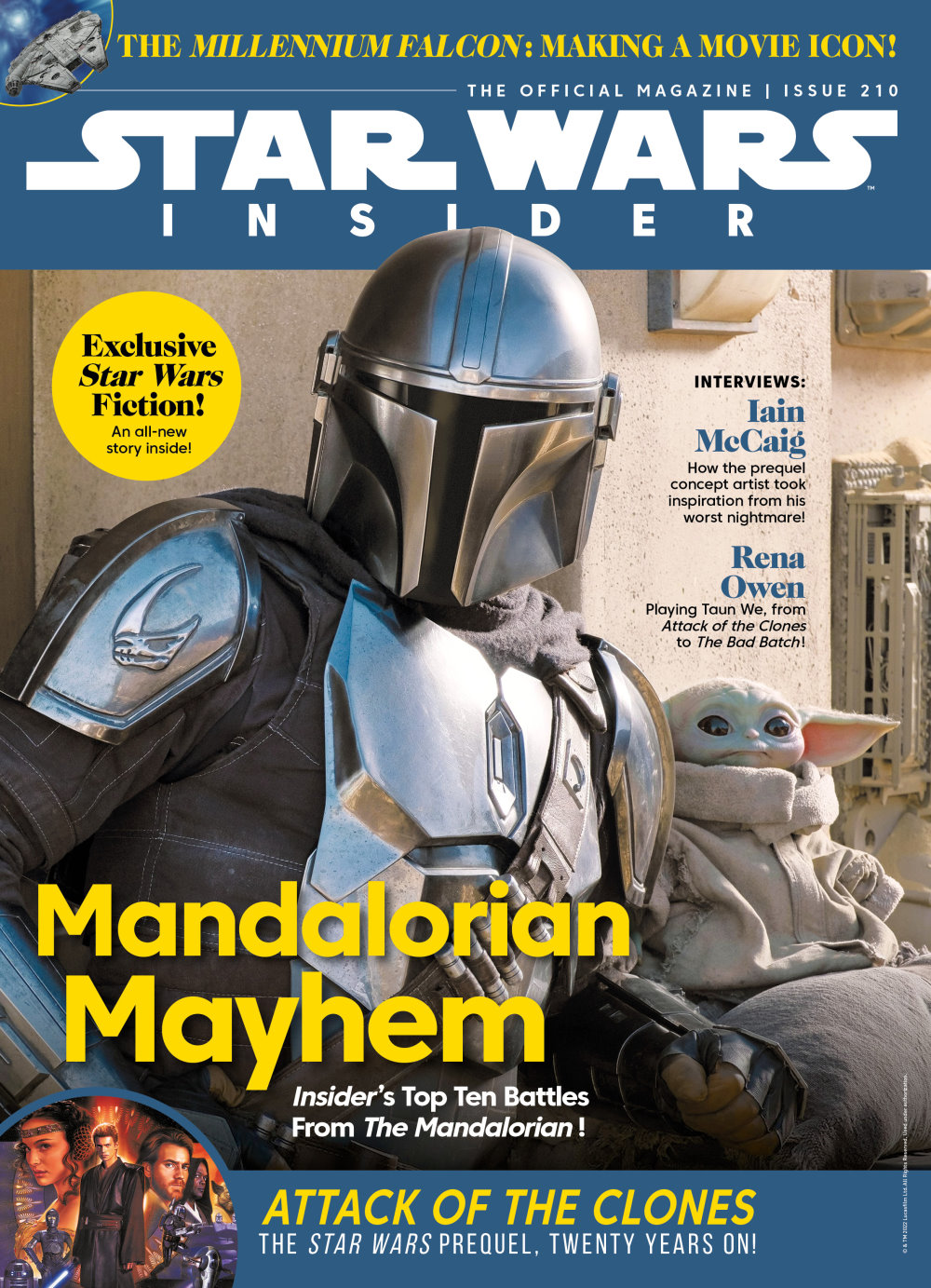 Star Wars Insider #210 was released in the US and Canada on May 3 and the UK on June 2 and brings with it a wealth of great content, including my interview with author George Mann.

This Insider issue celebrates the 20th anniversary of the release of Star Wars: Attack of the Clones (2022). Rena Owen, the actor who played cloner Kaminoan Tuan We, talks about making the film and his recent comeback in The Bad Batch (2021-present), and find out how Attack of the Clones was inspired by storytelling medieval for the epic romance between Anakin Skywalker and Padmé Amidala. There’s also an exclusive interview with prequel concept artist Iain McCaig, including inspirational tips for budding Star Wars artists.

IAIN McCAIG INTERVIEW
A key player in redefining the look of Star Wars for the prequel era, artist Iain McCaig tells Insider how a drawing from his worst nightmare was enough to scare George Lucas.

EXCLUSIVE FICTION: SABER TRUTH
General Grievous is on the prowl in an all-new story from Richard Dinnick.

INTERVIEW WITH RENA OWEN
The actor who played cloner Kaminoan Tuan We in Star Wars: Attack of the Clones (2002), talks to Insider about his journey from rural New Zealand to a galaxy far, far away…

INTERVIEW WITH GEORGE MANN
Author George Mann reveals how his twin childhood obsessions with Star Wars and storytelling, and his love of horror movies, led him to a career as a writer and his arrival in The High Republic.

MAKE THE MILLENNIUM FALCON
Over the decades, many artisans have been involved in bringing the fastest piece of bric-a-brac in the galaxy to cinema screens. Insider talks to four artisans who played their part in transforming the design icon into one of Star Wars’ enduring stars.

What exactly are really unemployed loans?