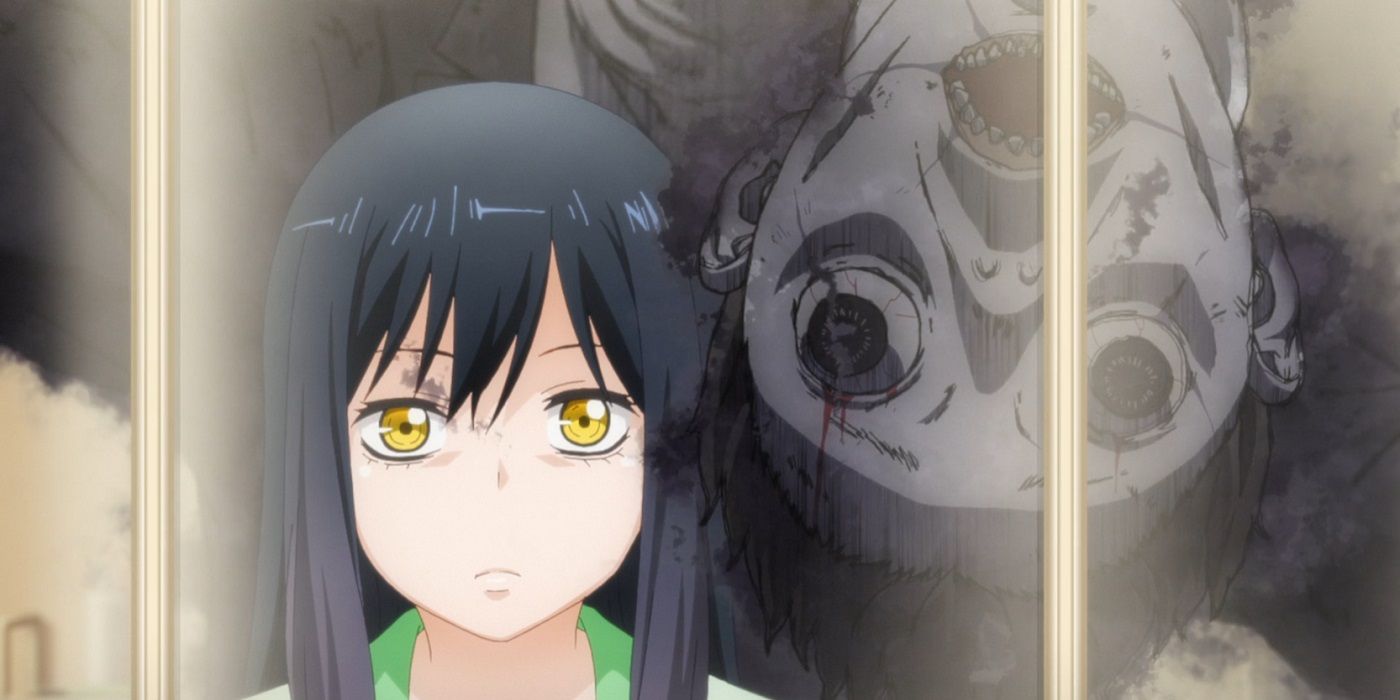 In Mieruko-chan, when Miko is suddenly able to see spirits all around her, she deals with them in the best possible way: by ignoring them completely.

WARNING: The following contains spoilers for Mieruko-Chan Episode 1, “Can you see them?“now streaming on Funimation.

Horror comedy is not that common in anime, despite the individual popularity of both genres. Studio Passione’s Mieruko-chan introduces viewers to terrifying ghosts and ghouls, but the new series makes them laugh instead of scare them.

Based on the manga of the same name, Mieruko-chan follows the daily life of Miko Yotsua, an average college student who initially seems quite mundane – until she suddenly gains the ability to see ghosts. Miko first begins to notice vague paranormal phenomena but doesn’t seem to pay much attention. Most of Episode 1 is spent setting up her first face-to-face encounter, which ends up paying off pretty well.

Miko’s abilities begin to take shape as she waits at a bus stop. There she meets the ghost of a horribly disfigured old woman. The sight comes as a shock to Miko, who has a reasonable reaction to something so horrible. Rather than screaming in terror or recognizing the ghost in front of her, Miko plays things cool, ignoring him until he disappears.

This is where most Mieruko-chan humor comes, as Miko does her best to ignore some of the incredibly terrifying sites that haunt her. Miko taking care of any ghosts that approach her internally while putting on a stoic facade makes for a great comedy. Her voice actor does a great job selling every scene, and you can’t help but feel sorry for Miko while enjoying the humor of her situation.

Back home, Miko meets two more ghosts. One shows up in her bathroom, looking at Miko through the bathroom mirror. Once again, Miko decides to act unconscious, although it takes a long time for him to leave her alone.

This prompts Miko to exorcise the ghosts that haunt her, and so she spreads salt around her room in the hopes of chasing them away. This, of course, does not work. Miko goes to bed but is greeted by another gruesome sight when she lifts her blankets and finds a ghost clinging to her chest. When Miko sees another ghost at school, she has to tearfully admit that something is wrong.

Mieruko-chan seems like a pretty straightforward comedy series, with poor Miko as the butt of every joke. While no explanation for Miko’s new abilities has yet been given, the series may very well dwell on it later. For now, viewers can count on this unique title to bring laughter at the expense of its dark protagonist.

READ MORE: Mieruko-chan vs. Aono-kun: Which Series Has The Scariest Ghosts?

Linda Cook review: ‘the Story of Plastic’ is a different horror movie