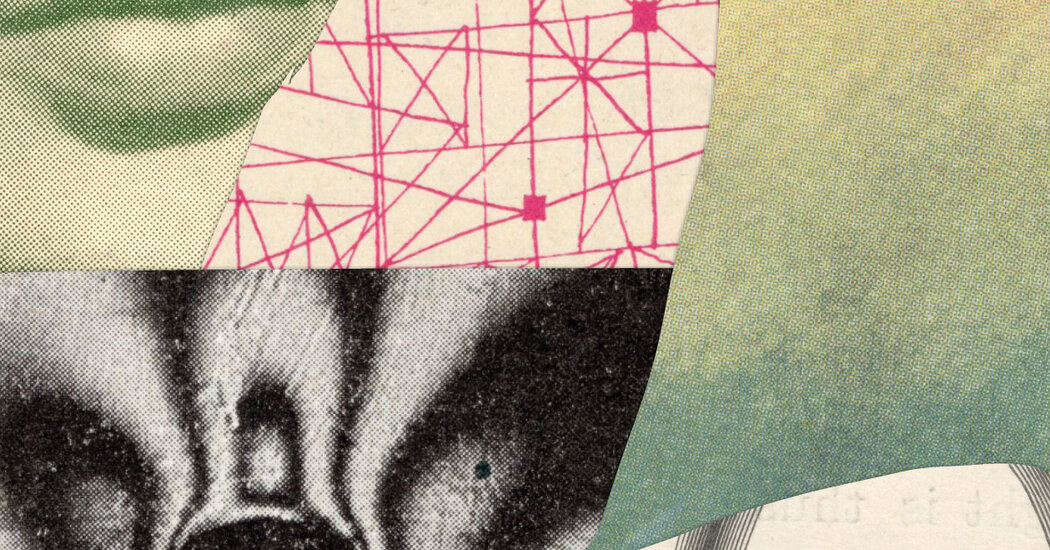 New novels that weave past and present

Originally, Abbigail Nguyen Rosewood CONSTELLATIONS OF EVE (Texas Tech University, 211 pages, $29.95) it looks like it’s going to be a simple chronicle of the bad decisions of beautiful people – a romance whose initial meeting contains the seeds of its ultimate failure, a female friendship whose intense closeness is tied to its acute toxicity.

But the novel soon turns out to be more complex. At one point, Eve, an artist, marvels at the “labyrinthine structure” of a film, perhaps a signal of Rosewood’s own goals. The tale shares a vanity with works of speculative fiction, but not the explicitly speculative gear: alternate histories, in which different versions of Eve lead different lives.

Rosewood’s prose tends toward the figurative and lyrical (describing a child’s carelessness, she writes that he “rushed into the unknown as if the whole world were a bed of clouds”). Her characters regularly exhibit idiosyncratic impulsiveness: Eve digs a hole and buries her cell phone to stifle the desire to check it; Eve and her best friend are walking on the thin ice of a frozen lake. Although these behaviors sometimes sound wrong, they can also surprise and sometimes terrify. The center of the novel is its strongest section, a horror-tinged story in which Eve’s irresistible compulsion to love (as a wife does her husband, as a mother does her son, as an artist does his muse) the strips away his free will and threatens his sanity.

Rosewood and William Brewer, the novel’s author THE RED ARROW (Knopf, 254 pages, $27), quote from physicist Carlo Rovelli’s book “The Order of Time”. Rosewood does so in his epigraph; Brasseur in dialogue with the fictional physicist, who disappeared while collaborating on his memoirs with the novel’s narrator. The quest narrative of the Physicist’s research soon gives way to a digressive and detailed first-person examination of severe depression and its consequences. Brewer is particularly concerned with how love can sometimes paradoxically fuel depression rather than lessen it.

The novel is carefully structured, keenly observed, and often humorous. Brewer has an understated, melodious style with confident control of rhythm; one of the highlights is the description of a trip across the country in a single two-page sentence. Detours on the way to the final psychedelic encounter with the physicist include an Italian travelogue, a satirical take on the publishing industry, an account of a chemical spill in West Virginia that reads like a homage to Don DeLillo’s “White Noise” (in which Brewer skillfully paints images that its protagonist claims to have no ability to describe), perhaps too many quotes from other writers (Michael Herr, Geoff Dyer, Fernando Pessoa and Denis Johnson, among others), and meditations on the anxiety of artistic influence and the unreliability of memory. This book has eccentricity and vigour, executed with remarkable style.

Like “The Red Arrow”, by David Santos Donaldson GREENLAND (Amistad, 324 pages, $26.99) is a first-person account about a writer who struggles to complete a manuscript within a publisher’s deadline. Both books are strongly metafictional and intertextual, and in both cases psychological pressures blur the lines between author and subject. “Greenland” also contains an interwoven story, of Mohammed El Adl, an Egyptian tram driver who had a doomed romance with EM Forster during World War I.

The writer pressed by the deadline is Kip Starling, who has locked himself away in a Brooklyn brownstone a century later, penning a novel about Mohammed. Donaldson carefully weaves the timelines of Mohammed and Kip, linking 1917 to 2019 to portray, in Kip’s words, “where queer, black, and colonial men come from.” Although Donaldson’s dialogue is sometimes stiff, he is adept at character nuances, and taking risks here serves him well: until a transformative journey to the land of the novel’s title, Kip can seem difficult, at times insufferable, and the reactions of her husband and her best friend affirm that this reading is intentional.

As a result, Kip feels like a real person on the page, rather than an amiably pleasant representative of the demographic to which he belongs. Mohammed isn’t as richly realized – its chapters lean towards melodrama – but that also seems intentional, a matter of Kip’s aesthetic decisions as portrayed by Donaldson. “Greenland” is a refreshing novel by an author who makes unconventional artistic choices to serve his ends. As Kip puts it, “not necessarily something nice, but an honest sound.”

Erin Swan does something quite different from the other writers reviewed here. TRAVELING THE LOST LAND (Viking, 375 pages, $27) is an epic in the vein of “Cloud Atlas” by David Mitchell or “The Old Drift” by Namwali Serpell, whose frameworks allow their authors to adapt their skills to both historical and speculative fiction. It’s a strange and ambitious novel that spans two centuries, its main characters a procession of mothers, its main event a climatic apocalypse in which the world in alternating 2017 “freezes and thaws and floods and burns but doesn’t seem ready to die”, his narrative composed of poorly memorized, forgotten, lost or deliberately destroyed stories.

Swan’s jerky sentences can be evocative, such as when she describes a psychiatric ward with “girls with faces like torn shreds of paper”. Some of his characters see the world through veils of ignorance due to their situation of isolation. Bea, a mute teenager from Kansas City in 1975, was raised in secret until she escaped from her abusive home. Moon, a young woman on Mars in 2073, has never known other sentient beings except for the mysterious uncles who accompany her on her travels. Swan’s prose wonderfully portrays things they may not understand but whose meanings are nonetheless clear to the reader. This rich and endlessly engaging novel is hopefully the first in a long career for an author who has the talent and imagination to write whatever she wants.

Dexter Palmer is the author of three novels, the most recent “Mary Toft; or, The Queen of Rabbits.