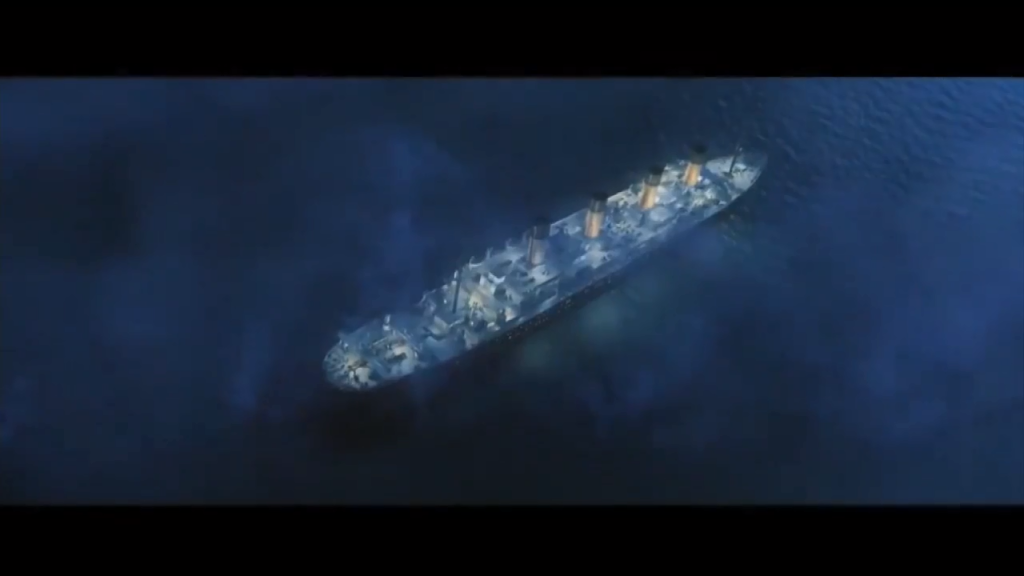 If you grew up in the 1990s, chances are Leonardo DiCaprio totally stole your heart as Jack Dawson in “Titanic.” He was a dreamer, wasn’t he?

Well, there’s a new Titanic movie setting sail and streaming on Tubi, but in this one, the ghosts are out to steal your life!

Don’t rock the boat. Some spooky things are making waves in the new horror thriller “Titanic 666,” and it’s all because of Lydia Hearst.

Lydia Hearst: “I’m, you know, here to ruin everyone’s good time. I am a stowaway and an ancestor of one of the first shipmates. Obviously, I don’t belong there and I have a bit of a vendetta against everyone on board the ship.

This vendetta involves killer ghosts, and AnnaLynne McCord is one of the unlucky passengers who navigate this floating nightmare.

AnnLlynne McCord: “You should definitely have your crystals nearby if you’re watching this, that’s for sure.”

AnnaLynne and Lydia were both as obsessed with “Titanic” as the rest of us were in the ’90s, thanks in large part to…

AnnaLynne McCord: “Did you grow up thinking you were going to marry Leonardo DiCaprio when you were growing up? Because I certainly did. In 2006, or 2005 to New Years Eve 2006, we were at a party in Miami, actually, at the Setai, I think, and Leonardo DiCaprio was there, and literally, my sister kissed him at midnight in front of my face and ruined my dreams.”

OK, now that’s a horror story! But Lydia and AnnaLynne tell us they love this genre.

Lydia Hearst: “Not only do I love playing it, but I’m just a huge fan of the genre itself. That’s probably all I’m looking at.

AnnaLynne McCord: “When you’re put in a life-threatening situation, who you really are tends to come out very quickly, and that’s what I find really interesting in movies like this.”

Now, there’s no sexy Leo DiCaprio ghost in “Titanic 666,” but you know we had to ask the age-old, hallowed “Titanic” question: Was there enough room on the door for two?

AnnaLynne McCord: ‘I’m never going to let go’, then rips his hand off, lets him go into the freezing waters below? Nope! I would have pulled her ass over me. I don’t know if I have the right to say that, I’m sorry, but I would say, ‘Get on me, get on me too!’ But he would stand on that door.

Copyright 2022 Sunbeam Television Corp. All rights reserved. This material may not be published, broadcast, rewritten or redistributed.

Join our newsletter for the latest news straight to your inbox

Matthew Lillard: what to watch if you like The Scream Star