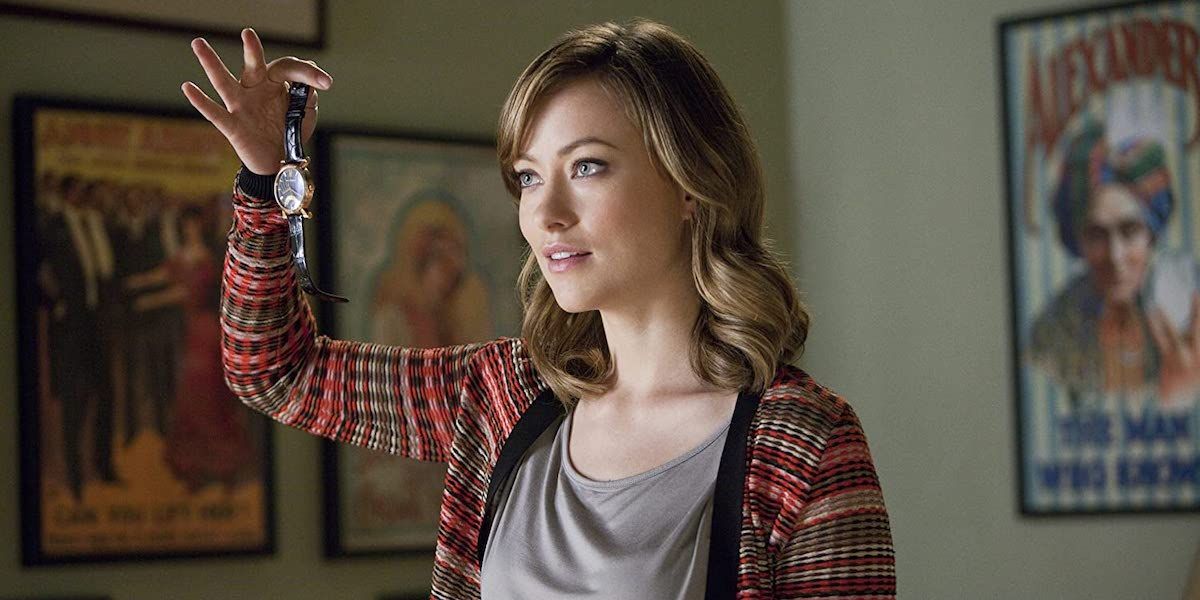 Olivia Wilde’s Epic Ghostbusters: The Afterlife Cameo Shared In Behind The Scenes Image

Ghostbusters: the afterlife served a serious dose of nostalgia for die-hard fans of the horror / comedy franchise. While the highly anticipated blockbuster introduced a new team of paranormal enthusiasts, it also brought back the OG team. And joining them was the main antagonist of the 1984 movie – the almighty Gozer. However, this time the villain was played by none other than Olivia Wilde, who certainly brought his A-game to the proceedings. She was a perfect fit for the role, and it’s clear from a new behind-the-scenes photo.

Arjen Tuiten, one of the film’s makeup artists, shared the photo with his Instagram Account. It shows the actress posing in a trailer, presumably after going through the makeup process. The star looks as imposing as you would expect, and you love to see it. Check out the cool image in the post below:

Fans also need to provide major props for the artist and her colleagues so they can seamlessly transform Olivia Wilde into a character. In Ivan Reitman’s first film, the role was played by Slavitza Jovan and voiced by Paddi Edwards. While the look combined well, recreating was a daily labor of love for everyone involved. In his caption, the makeup guru praised Wilde on his ability to endure the long process:

Gozer the Gozerian was established as an ancient being revered by several cultures over a millennium ago. Although he was ultimately banished from Earth, he was able to make his way to 1980s New York with the help of his emissaries, Zuul the Gatekeeper and Vinz Clortho the Keymaster a.k.a. hell hounds. The Ghostbusters managed to defeat him but, in Life after death, the monster appears in today’s Oklahoma, where he is finally brought down again by the young and veteran teams.

While Olivia Wilde’s role in the sequel isn’t huge, it’s still pretty impressive that the producers were able to keep her appearance a secret. One would assume that Sony took a few pages out of Marvel’s playbook and covered her with a cape while showing her around the set. Secrets aside, it seems the actress (who wasn’t credited for the role) enjoyed mingling with her co-stars. As it turns out, Bill Murray kept her in the cracks, which prompted Wilde to break up his character while filming with him.

I would say the franchise is probably ready to take Gozer down, at this point, which would make things even more interesting as far as a potential sequel. Still, it’s cool that the character was able to get another hurray, in part thanks to the efforts of the fan-favorite actor / director.

If you haven’t already, you can always check Ghostbusters: the afterlife in theaters. You can also review the first two installments by streaming them through Amazon Prime Video.

The best Amazon Prime deals of the day