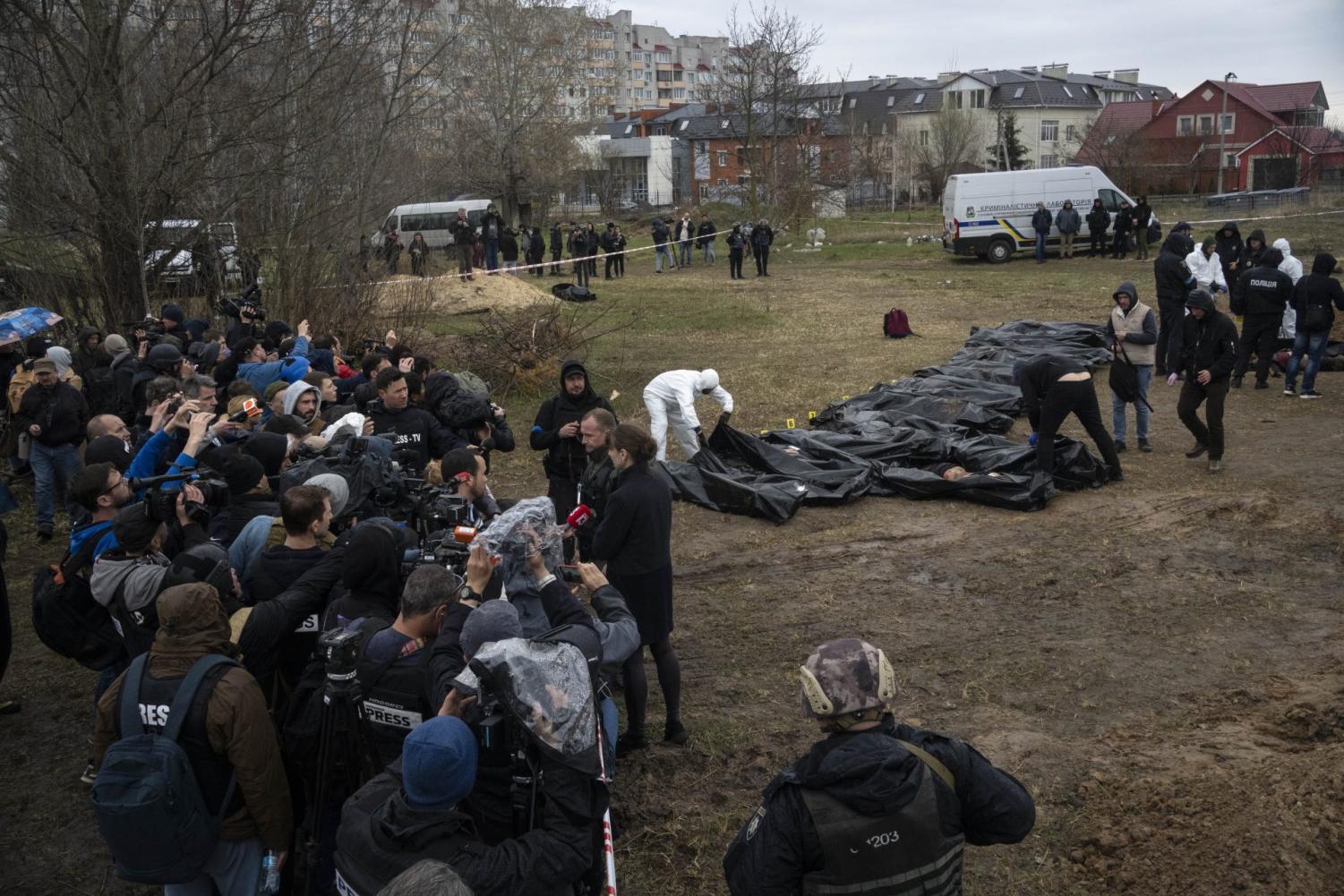 Opinion: I was wrong about war reporters

Maybe it’s my distaste for legacy media, or my occasional urge to go against the grain. But for a long time, I no longer thought that traveling war reporters were necessary.

Don’t get me wrong, I respect the courage of anyone willing to risk their life for journalism. I don’t think I’m cut out for this.

But these days, it’s easier than ever to follow international news. Troubled nations have their own frontline reporters, whether they like it or not. Social media is full of primary narratives of conflict around the world. I follow Ukrainian soldiers on TikTok; they publish them daily.

I felt that the corporate media sending their own correspondents reflected Western hubris and the ego of journalists. I didn’t think it was worth risking the lives of journalists and their entourage to cover stories that weren’t necessarily theirs.

After a few conversations with people more knowledgeable than me, I think I was wrong.

Russia continues to spread propaganda around its occupation of Ukraine. Ed Lawler, assistant professor of journalism at DePaul University, explains how this proves the necessity of war reporting.

“There is a risk to the truth,” Lawler said. “I think back to war correspondents from the Vietnam War, and many took a very critical view of what was going on there. They kind of blew the lid off the tragedy and farce of the Vietnam War.

Without reporters on the ground in these combat scenarios, we must rely on national media accounts from the nations involved. This coverage can often be biased at best, or misleading at worst, in the case of Russia’s invasion of Ukraine.

Despite the enormous risks taken by war reporters, their teams, and all the locals tasked with guiding the team through the chaos, it is important that these wars be documented by the rest of the world to know what is really going on.

“It’s worth going to see some of the sites where these atrocities took place, and maybe giving a voice to the Ukrainian people,” Lawler said. “Perhaps getting closer to the scene can not only dramatize the atrocities, but also dramatize the horror of the war there. Do you learn that by staying in the United States?”

Somehow I didn’t think about it, although much of my own foreign policy perspective is based on the work of war reporters. If I hadn’t seen the brutality of the US invasion of Afghanistan through the lens of war reporters, I might never have questioned our involvement in the region.

However, the risks are still huge for those affected.

“There are obviously physical risks,” said writer and artist Dan O’Brien. “And then of course there’s the psychological, emotional, mental risk.”

O’Brien has a lifelong friendship with noted conflict reporter Paul Watson. He has collaborated with Watson on numerous projects illustrating the trials and tribulations of war reporting.

Watson began to face the psychological risks of war reporting while covering the Rwandan genocide.

“He’s been dealing with the repercussions ever since,” O’Brien said. “He and I have talked a lot about the number of war reporters who claim they are not traumatized by their work. But you wonder how outspoken they’ll be in public about this stuff.

“Paul saw his colleagues get injured. He also often felt like he had to keep his psychological struggles a secret because his colleagues wouldn’t want to work with him,” O’Brien continued.

Thanks to his relationship with Watson, O’Brien understands the risks of his job. But he also understands its necessity.

“If we don’t have journalists covering these conflicts, then the general public will be left with only propaganda, rumors, myths,” O’Brien said. “And that can only play into the hands of the powerful, regardless of the side of the conflict. You need people who are at least trying to communicate facts and journalistic truth.

Social media has made it easier for audiences to see the horrors of war, without correspondents having to capture their own sources to share with their audiences. This is a big reason why I first thought that these reporters were no longer needed.

But with the barrier of entry to posting on social media being so low, it’s easier than ever to be fooled by fake or misattributed images. I didn’t understand how rampant this problem was until I was fooled by a video of a war simulation video game that was doing the rounds on Facebook as a legit dogfight between Russian and Ukrainian pilots.

Even real social media images should be eaten with a grain of salt, as they typically lack the context and fact-checking that established news outlets strive to include.

“The people doing the filming or the reporting, they’re not trained journalists,” Lawler said. “They may not know what to look for, they may be prone to misinformation. So I think that speaks to the value of putting trained reporters on or near the battle scene.

Social media is a great tool to help tell these stories. However, relying solely on unverified primary sources is a slippery slope.

I’ve taken the work of war reporters for granted for far too long, despite consuming much of their content. It’s not just adrenaline junkies looking for the next big thrill. They are an important part of our global media landscape at a time when too much information makes confusion easy.