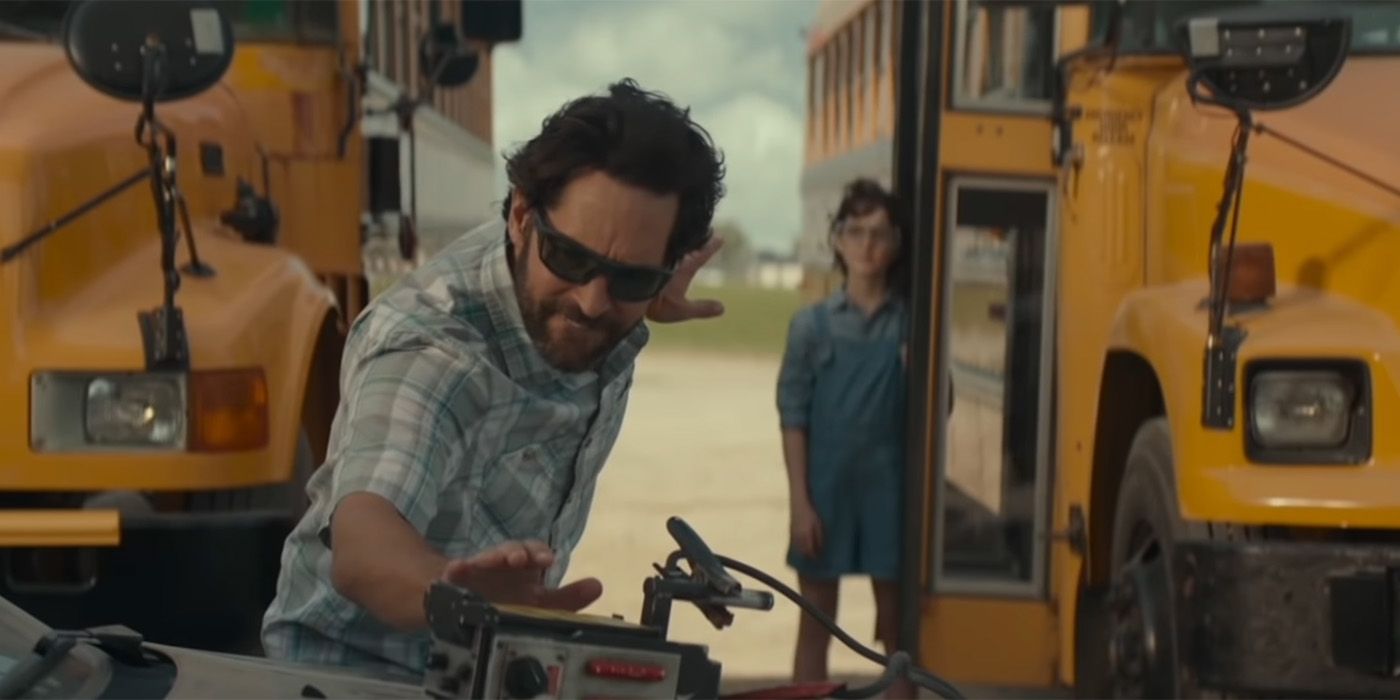 Ghostbusters: the afterlife takes the franchise back to the original timeline and picks up 22 years after the events of Ghostbusters II. The film centers on single mother Callie and her two children as they are evicted from their home and forced to move to their late grandfather’s decaying farm in a small town in Oklahoma, which is rocked by mysterious earthquakes and events apparently linked to an old mine. belonging to an occultist. Children learn about their grandfather Egon Spengler’s story as Ghostbuster with his equipment at home and must use them to save the world from a new supernatural threat.

Related: Fall 2021 Movie Preview: Every Movie Release (& Where To Watch Them)

While tickets went on sale for the highly anticipated sequel, Sony unveiled a new Ghostbusters: the afterlife clip. The video shows the characters of Rudd, Grace and Kim feeding an old ghost trap with a bus and accidentally freeing the spirit inside. Check out the clip below:

New Ghostbusters: the afterlife The clip is sure to hit the nostalgic sweet spot for longtime fans of the franchise and intrigue those who are still relatively new to the movies. In addition to the Ghost Trap and its memorable blue electricity effect when active, the video features a recreation of the bizarre but rousing leads from Elmer Bernstein’s original. ghost hunters score, closely resembling that of “Library” and “Zuul Part 2”. While it’s unclear how much original score composer Rob Simonsen is using for the new film, the teasing of the recreations in the new clip is sure to boost audiences’ anticipation for the film’s arrival.

New Ghostbusters: the afterlife the clip only fuels the fire of viewers’ excitement for the latest chapter in the horror comedy franchise. Early reviews and reactions for the film have been largely positive so far, praising the film for using its nostalgia properly while delivering something new for the franchise. Only time will tell if the wait can live up to the public’s expectations when Ghostbusters: the afterlife hits theaters on November 19.

Grant Hermanns is News Writer for Screen Rant, having recently joined the team. In 2015, while still in college, Grant made his debut in the entertainment journalism industry with the creator-friendly site Moviepilot until it closed almost three years later. From there he joined the staff of ComingSoon.net and was its associate editor before joining Screen Rant. To say he is a movie and TV lover would be an understatement and when he isn’t consuming en masse you can find him exploring the world of Dungeons & Dragons with friends or making his way through. slowly in its backlog of games.