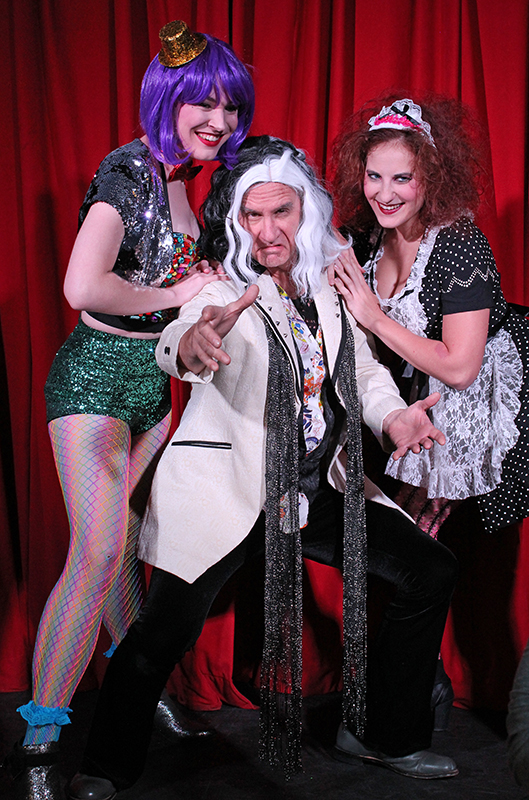 The Downtown Rock Island Speakeasy is once again hosting the cult musical classic “The Rocky Horror Show” for the sixth year in a row starting Friday, October 24th until the end of the month.

“We’re excited to feature Rocky Horror on The Speakeasy again this year,” said Brett Hitchcock, Director of Audience Development for Circa. “The show has become an annual event for so many people. It’s fun to see people show up dressed as their favorite character and sing along with every song! What other show can you throw things around and yell names at the actors and you’re okay? The Rocky Horror Show is the only one I know of!

A delightfully scorching tribute to 1950s B-quality sci-fi movies, the Tony-nominated “Rocky Horror Show” tells the story of young couple Brad and Janet (Bernas and Rangel) and how their worlds are turned upside down when a flat tire hits them. spent the night in a spooky old castle.

Add in a mad scientist, an unlucky delivery boy, a beefy Frankenstein, a bunch of aliens and you have one of the most daring and enjoyable musicals of all time, featuring classic numbers like “Sweet Travestite”, “Hot Patootie” and the legendary “Time Warp”. The original 1973 musical was adapted into the classic 1975 film, “The Rocky Horror Picture Show”.

Tickets are $ 25 in advance and $ 30 on performance days, and are available at the Circa ’21 box office. For reservations, contact the theater by dialing 309-786-7733, ext. 2 or buy online at thecirca21speakeasy.com. The theater will also sell bags of props at the door for $ 4; no exterior accessories can be introduced inside.