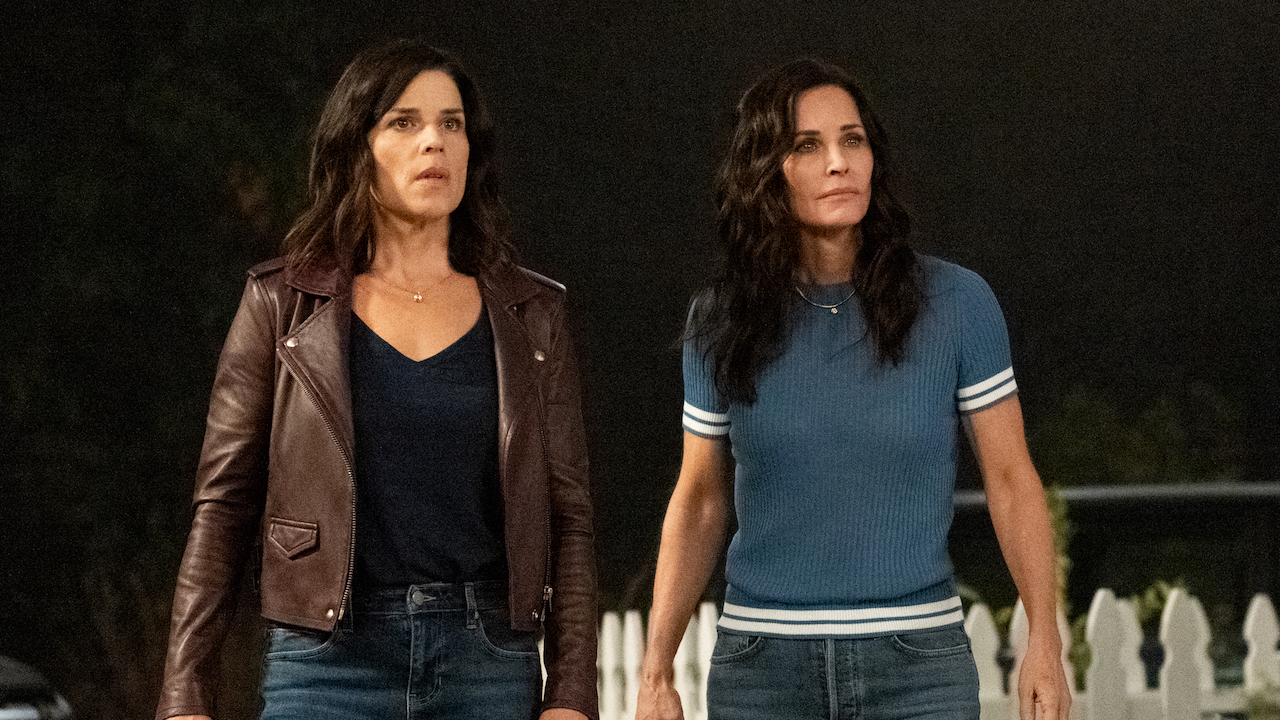 New posters have been released for the upcoming Scream movie. The fifth film in the hit horror series – simply titled Scream – hits theaters on January 14.

The posters show the franchise’s three longtime stars – Neve Campbell as Sidney Prescott, Courteney Cox as Gale Weathers and David Arquette as Dewey Riley. On each poster, the character wears the iconic Ghostface mask from the series. The tagline says “It’s still someone you know” – could one of them be the killer this time? Check out the posters in the thread below:

Scream is directed by Tyler Gillett and Matt Bettinelli-Olpin, who previously directed the popular 2019 horror comedy Ready or Not. The film also stars Jack Quaid (The Boys), Melissa Barrera (Vida, the upcoming In the Heights) and Jenna Ortega (Insidious: Chapter 2, Jurassic World: Camp Cretaceous). You can check out the full Scream trailer here, as well as this more recent teaser.

The previous four films were directed by Wes Craven, who died in 2015. In a recent interview with Entertainment Weekly, Campbell spoke about how she felt about returning to the show without the legendary horror director. â€œI was really in two minds,â€ she said. â€œThe idea of â€‹â€‹making these movies without Wes seemed like a challenge to me. I liked this man very much. But Matt and Tyler wrote me a letter, telling me of their appreciation and great respect for Wes Craven, and talking about the so the very reason they were directors today was because of those movies and because of Wes, and that meant a lot to me. “