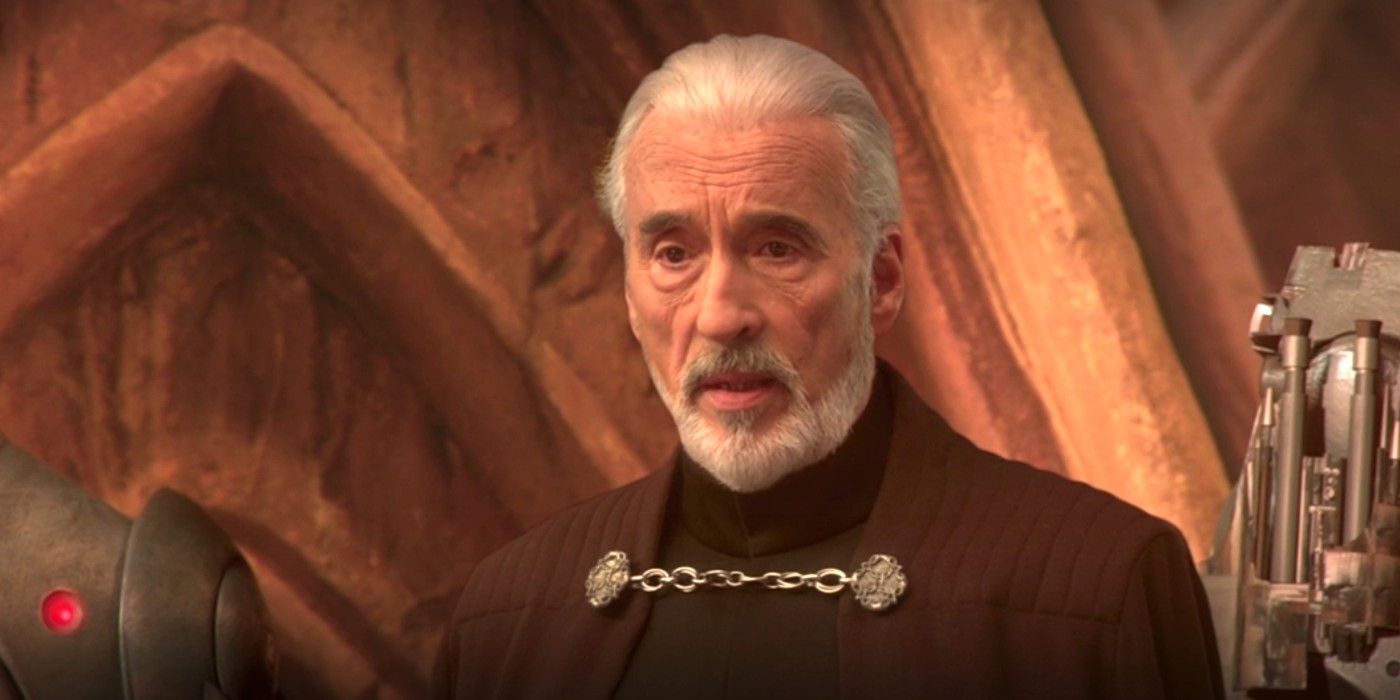 Dooku’s story from Star Wars: Tales of the Jedi could illustrate his loss of faith in the Jedi and could become a tragic climax for the franchise.

star wars has one of the best abilities of any mainstream franchise to jump between genres and tones – with the vast galaxy providing ample opportunity for action, horror, comedy, romance and tension. But one of the most tragic elements of the overarching saga is about to come into the spotlight and could be a major addition to the canon.

The next Star Wars: Tales of the Jedi promises to reveal more about a young Count Dooku and his apprentice Qui-Gon Jinn. Considering the canonical facts and Dooku’s fate, the tale might be one of the most overtly tragic storylines. star wars approached for some time.

RELATED: Star Wars: Tales of the Jedi Will See Mace Windu Back in Action

Tales of the Jedi will be a new animated miniseries focusing on distinct chapters in the lives of two prominent Force Wielders of the Age of star wars prequels – the heroic Ahsoka Tano and the evil Count Dooku. Dooku was introduced in Star Wars: Episode II – Attack of the Clones as a former member of the Jedi Order. While concept art for the trailer shown to audiences at Star Wars Celebration suggested Ashoka’s story would be one of a life finding a way through troubled times, series creator Dave Filoni was quick to describe Dooku’s story as particularly dark. But given what audiences already know about Dooku, that shouldn’t be all that surprising.

In the current tradition of star wars, Dooku was taken in by the Jedi Council and trained under Yoda, which led to Dooku becoming a powerful and highly respected Jedi Master in his own right. He even took on a young Qui-Gon Jinn as his apprentice, shaping a character that would come to be of vital importance to the star wars mythos by being the one who discovered Anakin Skywalker and demanded his training. Dooku was a well-regarded Jedi in his day, but over the years he has become disillusioned with the world around him – the corruption of the Galactic Republic and the Jedi Order’s growing ties to the government have left him turned his back on the Jedi. – leaving him open to being approached and bribed by Darth Sidious, playing into the latter’s plans for galactic conquest.

Despite the majority of his appearances in attack of the clones and The Clone Wars highlighting his dangerous and extreme attributes, there was always an undercurrent of tragedy in the character. Stories like the canon novel Star Wars: Master and Apprentice by Claudia Gray suggest that Dooku was indeed a good mentor to Qui-Gon, and that there was a time when he was heroic, and his fears of the Jedi becoming too entrenched in politics proved true – with their place in the Clone Wars ultimately leading to the eradication of most of the Jedi Order, something Dooku couldn’t even see. In essence, Dooku was the first domino in a long line to fall, with his true concerns turned by Sidious into dangerous dogma that left the galaxy torn apart and the Jedi ready to be destroyed.

Already confirmed as one of the stories at the heart of Tales of the Jedi, exploring what really shattered Dooku’s resolve and belief in the Jedi might be one of the most genuinely tragic beats the franchise has ever attempted. There seems to be no hint of sweeping romance, bittersweet sacrifice, or epic stakes in the story, just a deep dive into a good man who loses his faith in the morality he’s subscribed to, leaving himself open. to be corrupted into a pawn in a greater game. It is a tragedy, which has the potential to be a mature exploration of dashed hopes and good intentions. Whether Tales of the Jedi is as dark and deep as Feloni suggested, so it might just be one of the darkest stories in the entire franchise.

Star Wars: Tales of the Jedi is set to premiere in Fall 2022 on Disney+.

Brandon Zachary is an associate writer at Comic Book Resources and has been writing for CBR since 2018. He covers breakouts on comic books, film, television, video games, and anime. He also conducts industry interviews, is a rotten tomatoes certified film critic, and knows a LOT about the X-Men. For requests, comments, or to hear his pitch for a third Avatar series that incorporates bots, you can contact him via [email protected]