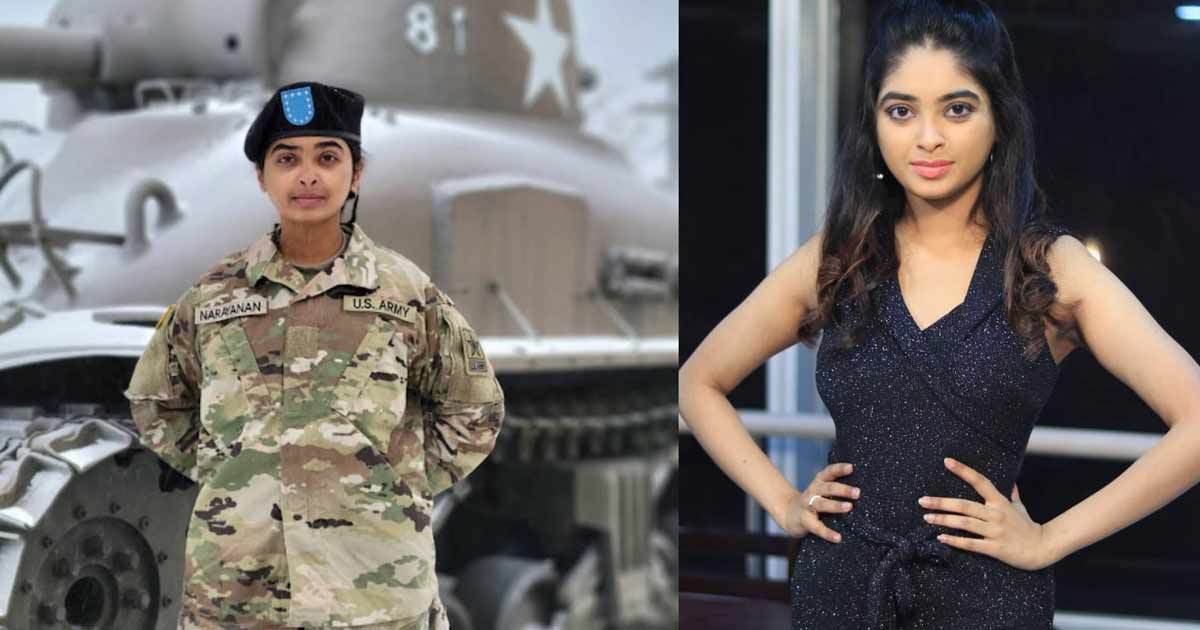 Tamil actress Akila Narayanan joins the US Army as a lawyer

Indian-born Tamil film actress Akila Narayanan made history by enlisting as a lawyer in the US Armed Forces.

Akila, who made her debut with director Arul’s horror thriller ‘Kadampari’ last year, has now enlisted in the US Army.

Sources say that Akila Narayanan had to go through US Army combat training to enter the armed forces which lasted several months. After successfully completing the training, the actress has now joined the US Army as a lawyer.

Indian-born Akila Narayanan who resides in the United States made her acting debut last year with ‘Kadampari’, which has music by Prithivy and cinematography by VTK Uthayan.

Be part of our community to get the latest Tollywood news, Kollywood news and more. Stick to this space for the regular dosage of anything and everything entertainment! While you are here, feel free to share your valuable feedback in the comment section.

Each movie hits theaters in March 2022

Paris Jackson prepares her first tour in partnership with AEG