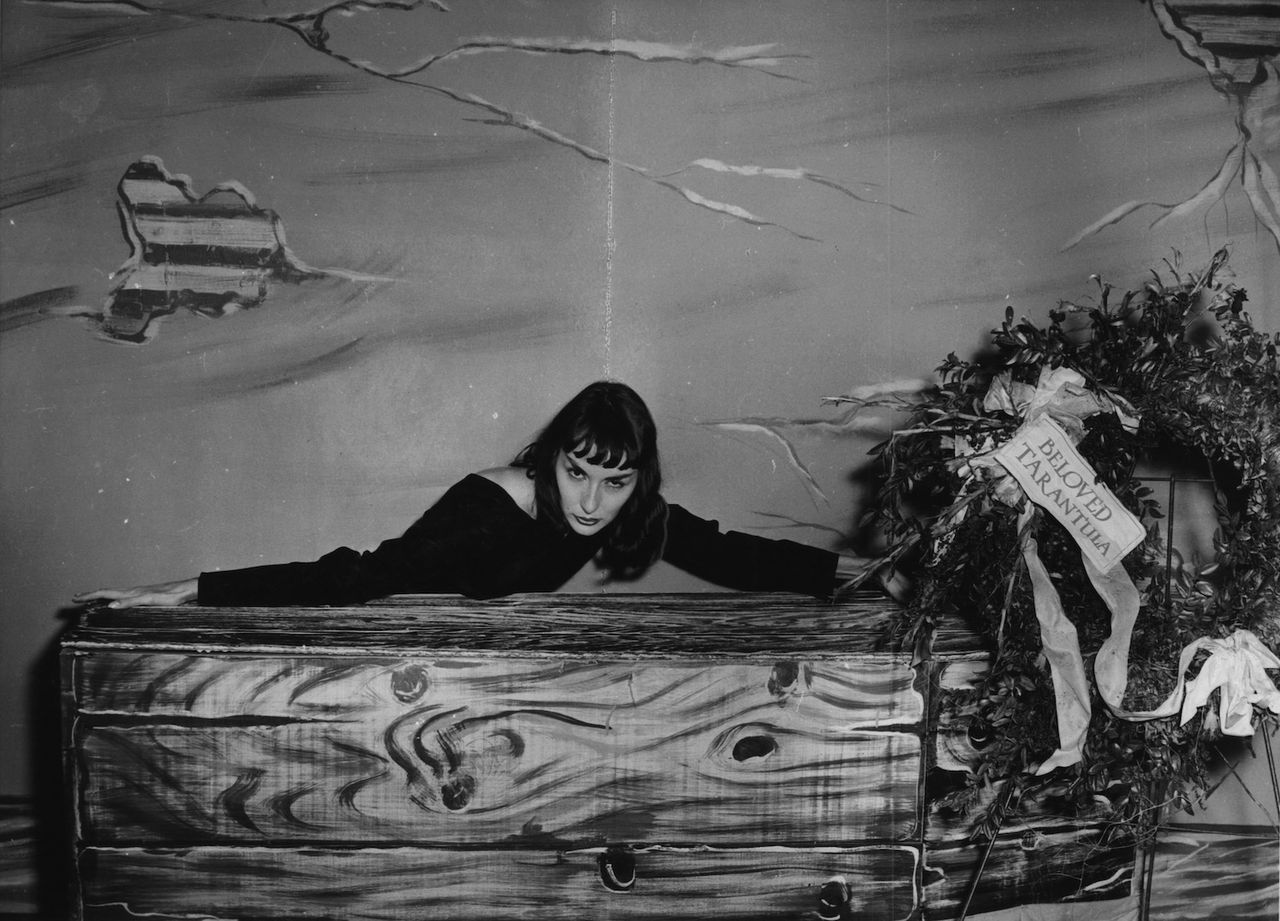 Tarantula Ghoul became a spooky Portland television icon in the 1950s, winning devoted fans with her sense of humor

Of course, a whistleblower pointed out that Facebook is destroying our democracy.

But on the bright side of the ledger, the social media giant keeps memories of 1950s Portland TV vampire Tarantula Ghoul alive.

An article published this week on a local Facebook user group asked if anyone remembers “Oregon’s only horror host” and denounced the fact that “no footage of her remains. “

Yes, a lot of people remember – or have heard of – Tarantula Ghoul, even though the character disappeared from the airwaves of KPTV (12) over 60 years ago. (The first episode of her late night show, “Horror House,” aired on October 9, 1957 and continued for over two years.)

â€œI loved watching it with my brother (you kids go to bed! Bedtime is over!),â€ Recalls one enthusiastic Facebook commenter.

Tarantula Ghoul was obviously an imitation of Los Angeles-based horror film host Vampira, but the late Portland actress Suzanne Waldron made â€œTaranch,â€ as the character became her own.

The Oregonian in 1958 called Waldron “the horror hostess with the most.”

TV Radio Mirror magazine, meanwhile, advertised her tongue-in-cheek sense of humor, highlighting an episode in which she – as Tarantula – criticized Oregon for its safe driving measures:

â€œIn attacking the Highway Commission for removing the ‘few decent death traps’ left along the highways, she pouted:’ There’s no more fun to drive. “

Then there was his novelty record, with the song “King Kong” and, on the other hand, “Graveyard Rock”.

Her sons John and Michael Petty knew growing up of their mother’s scary old gig on television (Waldron died of cancer in 1982 at just 50), but she never mentioned the record.

â€œThe first time I heard it I got chills,â€ Michael told The Oregonian / OregonLive in 2010. â€œI mean, that was my mom’s voice!â€

Waldron, born in 1931, graduated from Washington High School in Portland and then Lewis & Clark College before entering the theatrical stages of the region. She told TV Radio Mirror that “directors invariably thought she was” too tall, too thin and too shy “for the big roles.

But Waldron shattered those prejudices, playing the role of queen in a Lewis & Clark production of Maxwell Anderson’s “Elizabeth the Queen” and winning kudos in JB Priestley’s “Dangerous Corner” at the Magic Ring Theater in Oumansky in the north. -West of Portland.

Then came Tarantula Ghoul, who appeared in comedy sketches (often with a boa constrictor) before presenting old horror movies. She became so popular that Waldron made appearances in her character at local events and even at college football games, where, as the Oregon Journal recalls, she was “carried to the field in a coffin.” .

Rumor has it that Tarantula Ghoul was fired by KPTV in 1959 when Waldron got pregnant. She married a local TV man and the couple moved to San Francisco for a while before returning to Portland, where she and her husband raised their sons and sometimes took the stage.

Taranch was gone for good, however. Future generations would not be able to find out through reruns. In the early days of television, when “Horror House” was made, local stations generally reused the tapes, meaning little work survives.

But Tarantula Ghoul has not been forgotten.

Half a dozen years after the character fell into oblivion from television, a man wearing a black cape and carrying a “jug of blood” broke into the office of Oregon Journal columnist Doug Baker. .

â€œYou remember Tarantula Ghoul, the girl who did the midnight horror shows on Channel 12,â€ he told Baker. “I am his brother, Scorpio.”

It was actually a local actor named John Hillsbury, trying to build on Taranch’s legacy – and his enduring popularity – with a new show, called “Terror on 12”.

“No, Tarentula won’t be on it,” he admitted, when urged. â€œShe decided to join the living.

The scariest movies made in DFW