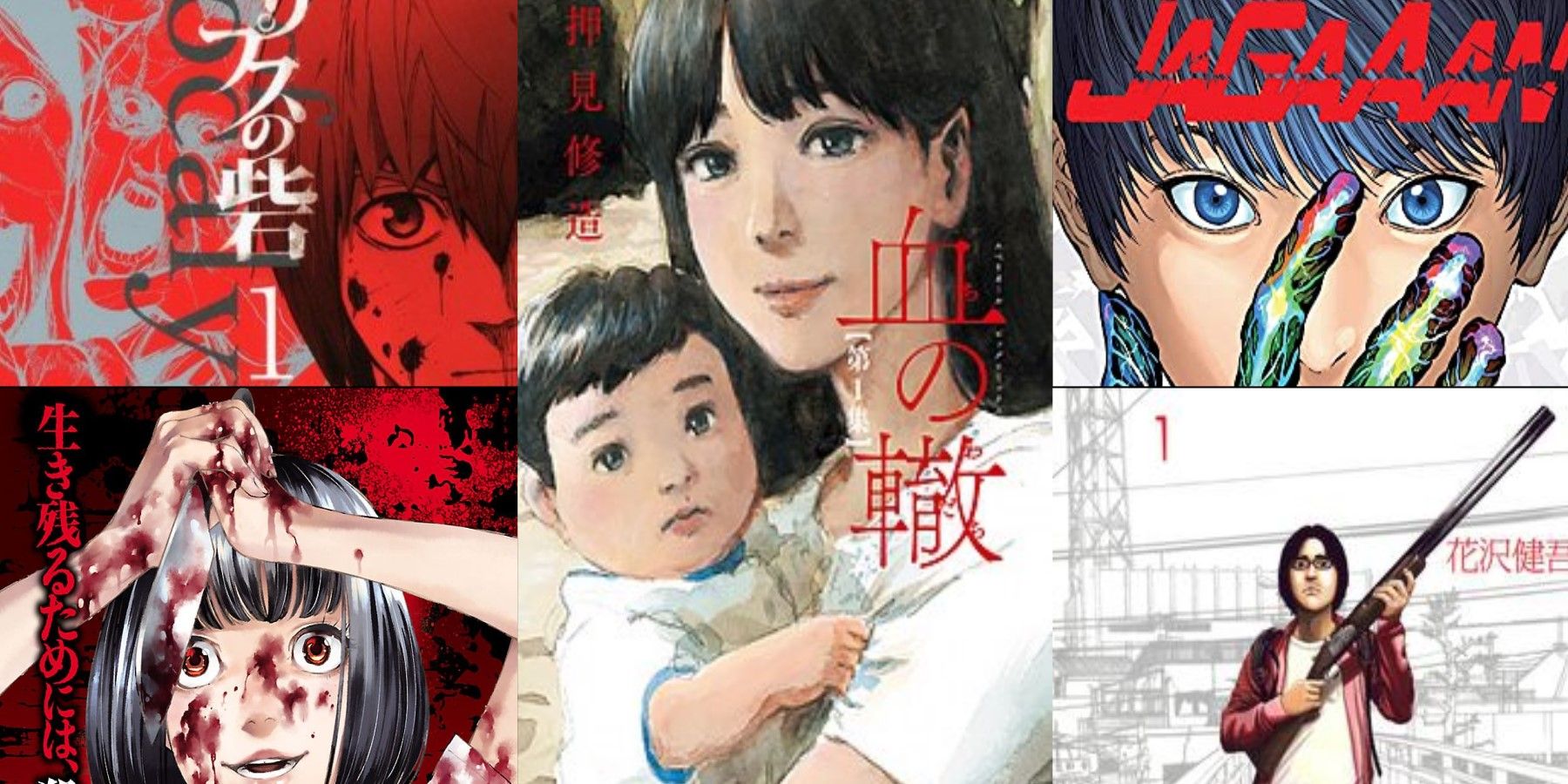 Horror is a popular genre in media, and in the realm of anime and manga, there have been several influential titles. Junji Itō is famous for his ability to create haunting horror titles, but since their emergence, Itō’s horror titles have seen various forms of adaptation over the years.

This slow-building zombie series was adapted into a live-action released in 2016. The series follows 35-year-old Hideo Suzuki, a manga wizard whose life doesn’t go as planned. His poorly paid job is the least of his worries, as he is also plagued by hallucinations and low self-esteem.

Things change forever when a strange virus turns people into zombies, throwing the world around Hideo into unprecedented chaos. The manga is a slow burn, and the descent into the apocalypse is interesting because the manga builds there slowly, but once the cat is out of the bag, the manga becomes a major thriller with an unusual protagonist.

Shintarō Jagasaki is a jaded neighborhood policeman who is tired of his monotonous life. He often fantasizes about shooting people who annoy him with his gun, much like the eggplant mascot of his resident town of Buppa, Master Buppanasu. He also plans to marry his girlfriend, but he lacks the joy of life until the day he witnesses a horrific murder committed by a monstrous man. The creature also kills Shintarō’s partner, before turning its gaze to Shintarō himself.

As he accepts death, Shintarō finds himself firing a mysterious projectile with his finger, his arm taking on a strange new shape. An owl observing the developments explains that the monstrous man has been affected by Mad Xenopus, dangerous parasitic frog-like creatures that take over their hosts and cause profound changes in their physical form. Shintarō is initially disinterested in the Xenopus; however, when one of them takes his fiancée back, he swears to eliminate them and ensure the survival of mankind. This horror, written by Muneyuki Kaneshiro and illustrated by Kensuke Nishida, has shōnen elements that make it exciting, but also various horror elements like intense gore and body horror that can be haunting in certain settings.

One day, in the busy streets of Ikebukuro, Madoka Murasaki witnesses the grotesque killing of a masked murderer. As one of the few survivors of the massacre, she is haunted by him, with his murderous gaze etched in her mind. Nicknamed “M” by the news and media, the killer is soon apprehended and thrown into solitary confinement; however, despite being detained, his murderous rampage does not end as Madoka sees him in various places, initially assuming herself to be delusional.

However, Madoka is anything but delusional and M’s reign has just begun. Killing Morph is heart-pounding horror that uses supernatural elements to up the stakes by creating a murderous villain who can seemingly be in multiple places at once.

The author of Blood on the tracks, Shūzō Oshimi, excels at creating suspense and having a huge payoff in his thriller-horror manga. Blood on the tracks follows the story of an ordinary middle school boy who lives with his parents. His mother is extremely passionate and overprotective, traits that as the story progresses take on more extreme and violent forms.

A certain incident alerts Seiichi to how dangerous his mother’s affection can be, and the trauma and psychological damage of witnessing his mother’s actions causes huge disruptions in Seiichi’s life. Seiichi and his mother become increasingly unstable as the story progresses, with his mother’s severe lack of remorse for his actions being a defining aspect of the discomfort the story brings.

This is a unique zombie apocalypse story written by Yū Kuraishi and illustrated by Kazu Inabe that begins in a junior detention center. The protagonist, Maeda, having been accused of murder, is admitted to Cell 4 of the Shōran Academy Juvenile Detention Center. While in custody, inmates are protected from the chaotic outside world, which descended into chaos as a virus turned the masses into zombies.

The virus eventually lands at Shōran Academy when a van carrying infected inmates crashes into the facility, exposing the inmates inside to the horrific virus turning people into flesh-eating zombies. Released in 2011, Fort of Apocalypse boasted a unique zombie storyline, with linguistic references to the Haitian origin of the zombie concept.