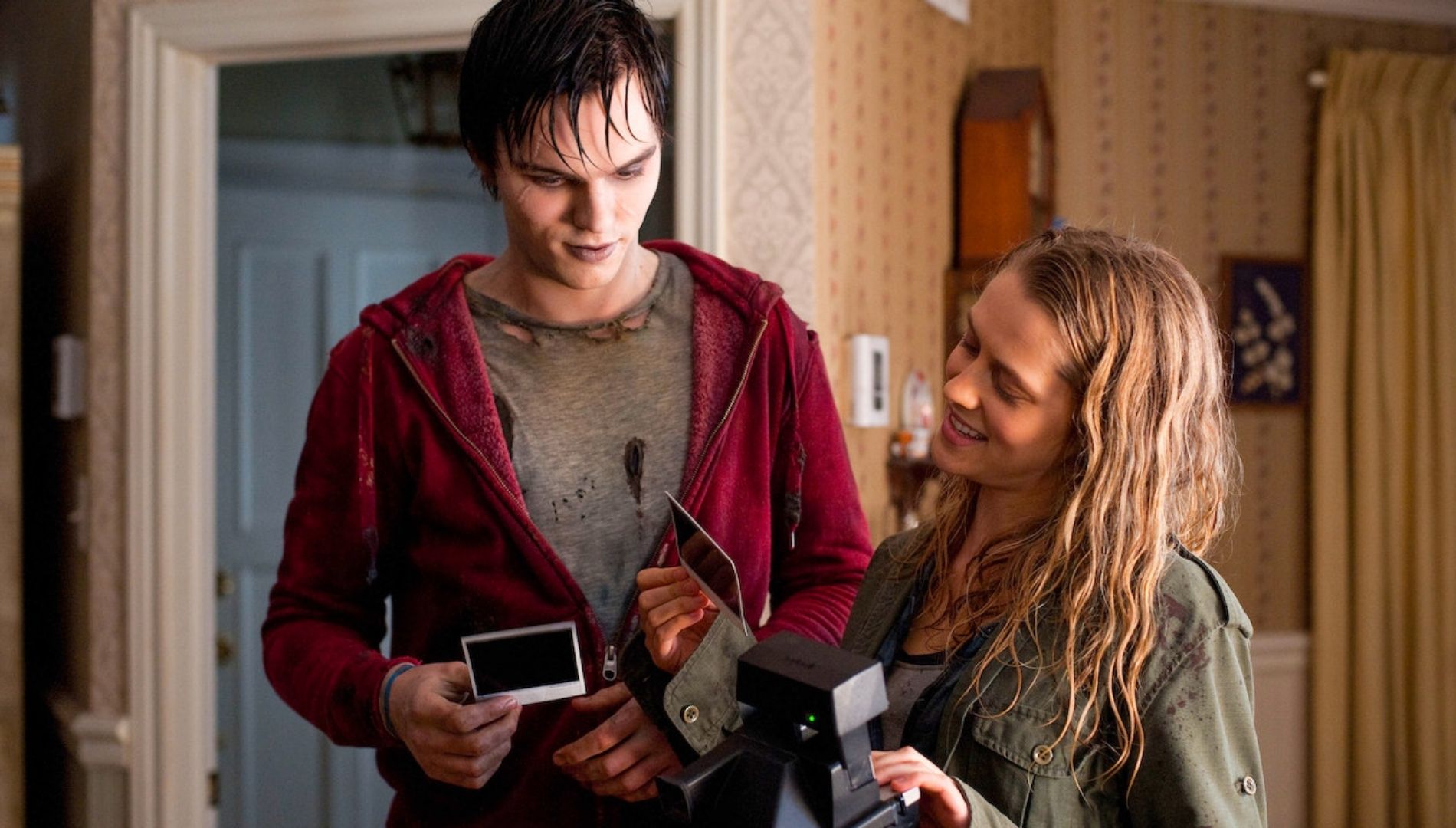 The best horror movies to watch on Valentine’s Day

With Valentine’s Day fever setting in, most couples plan a dinner date or do something that both partners enjoy.

However, if you’re planning on staying indoors and snuggling up with your loved one this Valentine’s Day, here’s a ready-made suggestion. Ditch the typical Valentine’s Day dancing, flowers, chocolates and romantic movies and get ready to watch some of the best horror movies.

Peeking at the screen through your fingers, sticking together through all the spooky scenes, and holding each other through the onscreen horrors just might make for a different but memorable Valentine’s Day. It’s not an ideal romantic date, but certainly a once-in-a-lifetime date.

Directed by Ari Aster, Midsommar is a 2019 horror movie with a love angle.

With themes of paganism and the occult, the film revolves around a couple – Dani (Florence Pugh) and her boyfriend Christian (Jack Reynor). However, Dani struggles to be closer to her ex after her family dies in a heartbreaking tragedy.

The two, along with a group of friends, go on a short vacation to a rural village in Sweden, which hosts a midnight summer festival every 90 years – big business among the locals.

What begins as a vacation for the group quickly turns into a series of unforeseen events marred by deadly rituals, occult practices and violent traditions during the celebrations.

One of the best horror films out there, it uses powerful devices to bring out the dark side of a person’s psyche. Facing a stagnant and difficult time in their marriage, protagonist Jessie Burlingame (Carla Gugino) tries to spice up her love life with husband Gerald (Bruce Greenwood).

The pair go to a secluded lakeside villa, where Jessie agrees to her husband’s idea of ​​playing a role and is handcuffed to the bed. Gradually, things take an aggressive turn that scares Jessie. But before the game can end, Gerald suffers a heart attack and dies on top of her.

The eerie begins as Jessie is now handcuffed to the bed with her husband’s corpse lying beside her. Dark thoughts begin to torment his mind as the corpse begins to rot.

Adapted from Stephen King’s novel of the same name, the 2017 horror film is sure to send shivers down your spine.

Darren Aronofsky’s 2017 psychological thriller Mother! will make you think twice before letting a stranger into your home.

The film follows Mother (Jennifer Lawrence) who is married to a poet called Him (Javier Bardem).

One night, a stranger (Ed Harris) visits them and becomes an uninvited guest disrupting the couple’s happy life. The next day, he is joined by his wife (Michelle Pfeiffer) and later their sons, who all make themselves welcome for a stay with Mother.

While she resists entertaining strangers, Lui seems willing and perhaps eager to make them feel welcome. The following events which are a crude and horrifying allegory of the Old and New Testaments lead Mother to understand why her husband behaves this way.

Eventually, ominous visuals of blood and gore get off to a dramatic start as more guests enter the house for the wake, setting off the on-screen horror.

The film tells the story of a world divided between zombies and humans, where a zombie, who remembers him as R (Nicholas Hoult), tries to understand his existence. One day, he comes across a woman named Julie (Teresa Palmer) during a fight between her counterparts and humans. He saves her and they embark on a journey that turns into a unique relationship.

This feel-good horror love story is available on both Amazon Prime Video and Netflix.

Guillermo del Toro, Oscar-nominated director crimson woodpecker is a gothic horror film like no other.

The 2015 film revolves around Edith Cushing (Mia Wasikowska), a young woman newly married to Thomas Sharpe (Tom Hiddleston). She moves to her gothic mansion in the hills where she meets Tomas’ sister, Lucille Sharpe (Jessica Chastain), the keeper of the family’s dark secrets and is oddly rude to Edith. Meanwhile, Edith, who can communicate with the dead, experiences many strange incidents in the mansion and attempts to uncover the mysteries within.

With Crimson Peak, Del Toro delivers another masterpiece and hits theaters Chronos (1993), The Devil’s Backbone (2001) in the same genre.

The film is available on Netflix and Amazon Prime Video.

Leave the one on the right in

A vampire horror thriller, Leave the one on the right in also has undertones of a teenage love story.

The film is based on the novel by screenwriter John Ajvide Lindqvist. Set in freezing Sweden, it centers on a shy and unhappy 12-year-old boy named Oskar (Kåre Hedebrant) who is bullied at school and yearns for revenge.
Meanwhile, two tenants – a man named Håkan (Per Ragnar) and his supposed young daughter Eli (Lina Leandersson) – move in next door, and Oskar and Eli quickly become friends.

However, Oskar soon realizes that Eli is far from an ordinary girl. After gaining Oskar’s trust, Eli reveals another side of his own which is tied to a number of gruesome murders in the area.

Watch this 2008 Tomas Alfredson horror film on Amazon Prime Video or Hulu for a gory experience.

Picnic at the hanging rock

Horror movies don’t always have to be about growling, white-clad ghosts. Director Peter Weir proves it with Picnic at the hanging rock, a 1975 film based on the novel by Joan Lindsay.

The film follows a group of female college students who disappear with a chaperone on a Valentine’s Day outing. The journey into the mysterious, unknown societal issues of class and sexual oppression in then-Australia forms the backdrop for the film, which places Weir and Australian cinema on the world map.

It is available on Amazon Prime Video and can be rented on Vudu.

Only lovers will stay alive

A vampire romance movie that strays from the genre’s usual tropes, Only lovers will stay alive will suit both romantic movie buffs and horror movie buffs. Starring Tom Hiddleston as vampire musician Adam and Tilda Swinton as sophisticated Eve, the lead couple will take you on a comedic ride in this 2014 film directed by Jim Jarmusch.

The revelry of the two vampires comes to a halt each day as dawn approaches, leaving them to reminisce about the good old days of the Victorian era and contemplate a place of residence in contemporary society.

Meanwhile, Eve’s younger sister Ava (Mia Wasikowska) crashes into their home with an excuse to party and gets involved with Adam’s human musician friend Ian (Anton Yelchin). which involves another story.

The horror-comedy, which won the Cannes Soundtrack Award, is available on Amazon Prime Video or Vudu.

A mining town faces the wrath of a masked serial killer with a pickaxe. Its main targets are those who celebrate Valentine’s Day. That’s what happens in the 1981 film when an age-old folk order is challenged.

The director’s George Mihalka, starring Paul Kelman, Lori Hallier and Neil Affleck, also has a 2009 3D sequel, which tells a similar story with a different cast and setting.

According to rotten tomatoes, the synopsis for the 2009 film reads: “Ten years before today, an inexperienced coal miner named Tom Hanniger (Jensen Ackles) caused an accident that killed five miners trapped underground and plunged the sixth man, Harry Warden, in a coma. A year later, on Valentine’s Day, Harry wakes up to kill 22 people with a pickaxe before dying himself. Now Tom has returned home, still haunted by the past. And something else is also back. A killer armed with a pickaxe and wearing a miner’s mask comes to claim Tom and his friends.

Sometimes watching a movie with a predictable story on an enjoyable Valentine’s Day can be enjoyable too. valentine does exactly that. It may not have an all-out plot or out-of-the-box theme, but it includes all of the horror tropes.

Directed by Jamie Blanks, the film revolves around five girls who are now in their twenties and are looking for a date to celebrate Valentine’s Day.

However, an incident in 1988 gives the story a twist. Back then, a nerdy Jeremy Melton faced rejection after rejection when he asked four popular girls to dance with him at the college prom. Eventually, a girl named Dorothy agreed to his request and they eventually started kissing under the bleachers.

Is San Antonio FloatMe a Safer Alternative to Payday Loans?