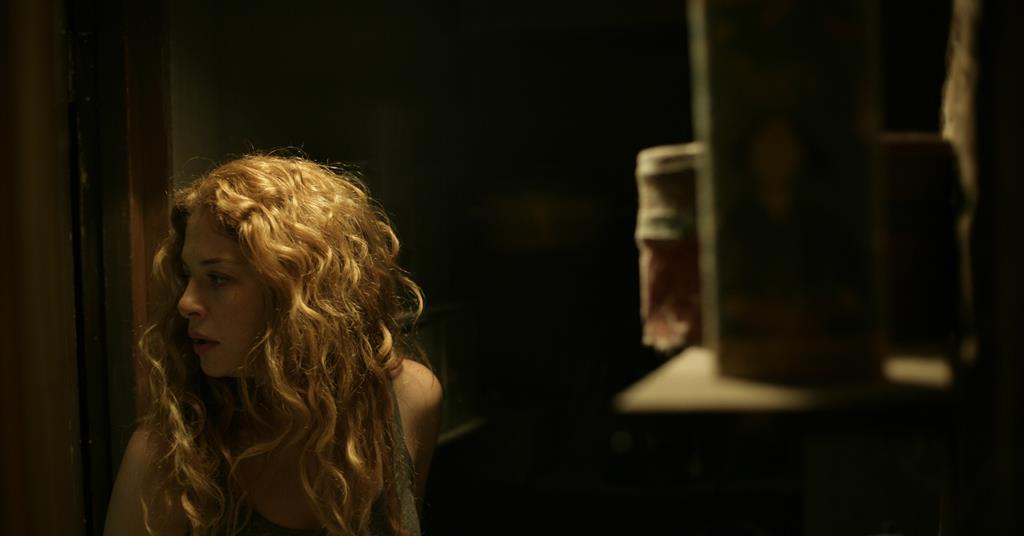 “The Caller” is a tense story of telephone terror!

Matthew Parkhill’s time-consuming horror-thriller enjoys strong performances across the board.

welcome to The Overlook Motel, a place where under-seen and little-known films are honored. I hope you enjoy your stay here and find the accommodations suitable. Now please sit down and make yourself comfortable, I have a few misbehaving guests to “correct”.

This week, I think back to a 2011 film that may not have won all the awards for its airtight logic, but is nonetheless entertaining as a suspenseful, unsettling tale of phone terror. I’m not talking about nobody but Matthew Parkhill The caller.

The film follows recently divorced Mary (Rachelle Lefevre du Dusk series), as she settles into her new apartment. We quickly learn that Mary’s ex-husband was overbearing and abusive during their marriage and continues to get her into trouble after their union dissolves. Shortly after settling into her new home, Mary begins receiving phone calls from a woman named Rose (Lorna Raver of drag me to hell). What makes the calls remarkable is that Rose seems to be calling from the past. As communications become more frequent and Rose becomes more erratic, Mary begins to fear for her safety and sanity.

See also: “Fear” (1990) taps into the horrors of second sight [The Overlook Motel]

Screenwriter Sergio Casci (who went on to write the 2019 chiller screenplay, The cottage) was wise to conceive of Mary as a recent divorcee with an unstable ex-husband. As a result, we immediately see Mary struggling with turmoil that doesn’t pertain to the film’s main storyline. But it turns out to be an effective way to generate, almost immediately, a sense of unease and also helps to contextualize some of the decisions Mary makes.

Her ex-husband’s frequent power plays put Mary in a precarious position from the start. As such, her situation starts to get dire before Rose truly demonstrates just how dangerous she can be. The subplot with Mary’s ex also helps provide some context as to why Mary continues to entertain Rose’s calls when it may seem illogical for her to do so. Although Rose is abrasive and overly strong, I suspect Mary feels for her based on the fact that they were both victims of domestic violence. And it lends some credence to Mary continuing to talk with Rose, even after she turns out to be unstable.

As for how they actually connect in the first place, The caller doesn’t spend much time explaining how Rose managed to reach Mary from the past. But at the start of the film, Rose says, “People come together for a reason, Mary. No matter how. And I find that simple statement to be a far more effective explanation than an overly complex attempt to illustrate where the ripple originated in time. Less is usually more and this is no exception.

See also: “The Relic” is a tense, claustrophobic creature with an evil monster [Watch]

Space-time continuum aside, the film enjoys strong showings from its main cast. Perhaps most notable is Lorna Raver as Rose. Raver doesn’t really play Rose as an archetypal villain. As a result, she doesn’t seem threatening, more than lonely at first glance. She seems harmless and maybe even a little motherly when she begins to communicate with Mary. But Rose proves that first impressions aren’t all they’re made out to be. As she continues to obsessively phone Mary, we begin to see how desperate and dangerous she is.

Rachelle Lefevre also proves effective in the role of Mary. She describes her as broken and fragile because of the abuse she suffered. But she presumably rises to the occasion when pushed beyond her limits by Rose’s obsessive interference and violent shenanigans.

The caller received somewhat mixed reviews upon release. And it is true that all is not well. But the tension is palpable, the cast is impressive, and the storyline is entertaining. If you want to check it out for yourself, you can find the film available for digital rental or download through Amazon or iTunes.

Finally, if you’re a fan of underseen cinema and want to chat more, you can find me on Twitter: @FunWithHorror.