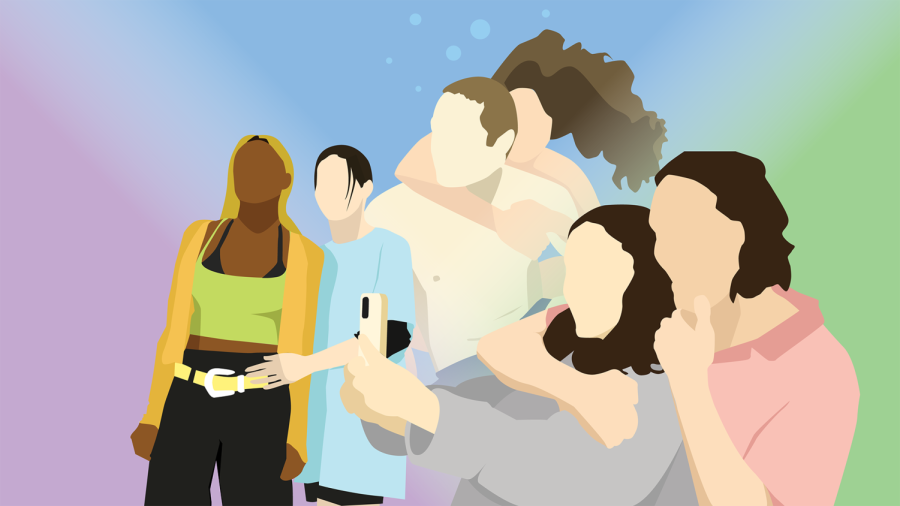 Gen Z is something that has been difficult for many people to define, in part because most of them haven’t even been around long enough to define it. It’s been particularly difficult for filmmakers to portray the generation, as very few within it directly lead projects, facing it, while being elusive to millennials and beyond. Most attempts to relate or define Gen Z are often embarrassing or downright corny in movies and TV.

Although director Halina Reijn was born in 1975, it seems like she has no trouble broaching the subject and seems to understand it almost better than most Gen Z kids themselves.

“Bodies Bodies Bodies” is Reijn’s comedy/horror/thriller released by A24 that tackles the slasher/thriller subgenre, while also trying to be a Gen Z commentary and satire. It features upcoming young artists including Rachel Sennott, Maria Bakalova and Pete Davidson. It is the second feature film directed by Reijn after his 2019 film “Instinct”.

The film received a lot of criticism before and even after its release on the nature of a generational satire that envelops a large number of people who are not even out of high school yet. The trailer had many people calling out things previously mentioned when discussing the subject, with some also calling it “on the nose” or “gritty”.

But the proof is in the pudding, as “Bodies Bodies Bodies” turns out to be the best-case scenario for something that could have gone completely tone-deaf. It provides both hilarious and revealing commentary, highlighting how the generation deals with trauma, friendships, and conflict.

The film follows our main characters, Bee and Sophie, a couple who are six weeks into their new relationship. We start by introducing them to a party with Sophie’s childhood friends at a remote mansion for a “hurricane party.” Immediately after his arrival, unspoken prior tensions arise as Sophie shows up and introduces her new girlfriend.

In all, the film’s full cast is only eight actors, one of whom is only in one scene, so seven main characters. As the night wears on, things start to go wrong and bodies start to pile up. The film mainly focuses on our characters trying to figure out who is committing these murders and why. Very quickly the paranoia rises and the fingers point in all directions, because everyone seems suspicious.

The film functions as a hugely satisfying and tense thriller, while simultaneously developing and contextualizing complex interpersonal relationships between the characters in a distinctly “gen z” way. The characters use buzzwords galore, feeling “triggered”, being “gaslit” and “pouring trauma” throughout the film’s tight 94-minute runtime. Although at first glance it seems generic and superficial, it is able to highlight the absurdity in how internet talk has turned into casual conversation, all while being hilarious.

The performances are what mainly carry this movie to greatness. Another aspect that could have made the storyline/dialogue disconnected is if the actors weren’t fully engaged with the material. But there’s nothing but great performance throughout. Even characters who get less screen time than others leave a lasting impression that makes you miss them once they’re gone. The stars are cleverly off-balance Rachel Sennott and Maria Bakalova, who is endlessly likeable but always keeps you guessing.

The cinematography showcases what is one of the first horror-adjacent films in years to be able to make full use of darkness in a new and fresh way. At the start, the power goes out in the house, so everyone uses their cellphone flashlights for the rest of the movie. This creates unique lighting scenarios, where the primary light source is hard LEDs rather than a traditional lighting setup. It works perfectly thematically while having a unique look.

The camerawork is tight and intense, working with handheld cameras that are often placed right next to the characters’ faces. Combining that with the fact that the movie is in complete darkness save for the cellphone lights, the heavy action scenes are just the right amount of anxiety.

“Bodies Bodies Bodies” kind of threads the needle with two techniques that critics often despise, a shaky camera and harsh, bright lighting. But in his unique circumstances, they work in perfect harmony.

Disasterpeace’s score is also a highlight, using jerky electronic beats and synthesizers to add to the film’s aesthetic, while increasing the tension. I hope to see them tackle more horror-like scores in the future, as they were also responsible for 2014’s “It Follows” score, which was one of the best of the decade.

“Bodies Bodies Bodies” has a fair amount of homage to its roots, but is equally subversive, making for an experience I’d recommend to any movie buff this late summer. While he may ruffle some feathers with his thesis alone, he makes the most of a risky game that could have ended disastrously.

A24 has largely spearheaded what appears to be an indie horror/slasher renaissance, this year alone playing host to delightfully original films like “X” and “Pearl,” as well as “Bodies Bodies. Bodies”, creating an exciting time for any horror fan.

Staff reporter Zaden Dennis can be reached on [email protected] and you can find his other reviews at letterboxd.com/Zadenator. To stay up to date with all your Southern Illinois news, follow the Daily Egyptian on Facebook and Twitter.

Use these steps if you’re having trouble clearing personal loans