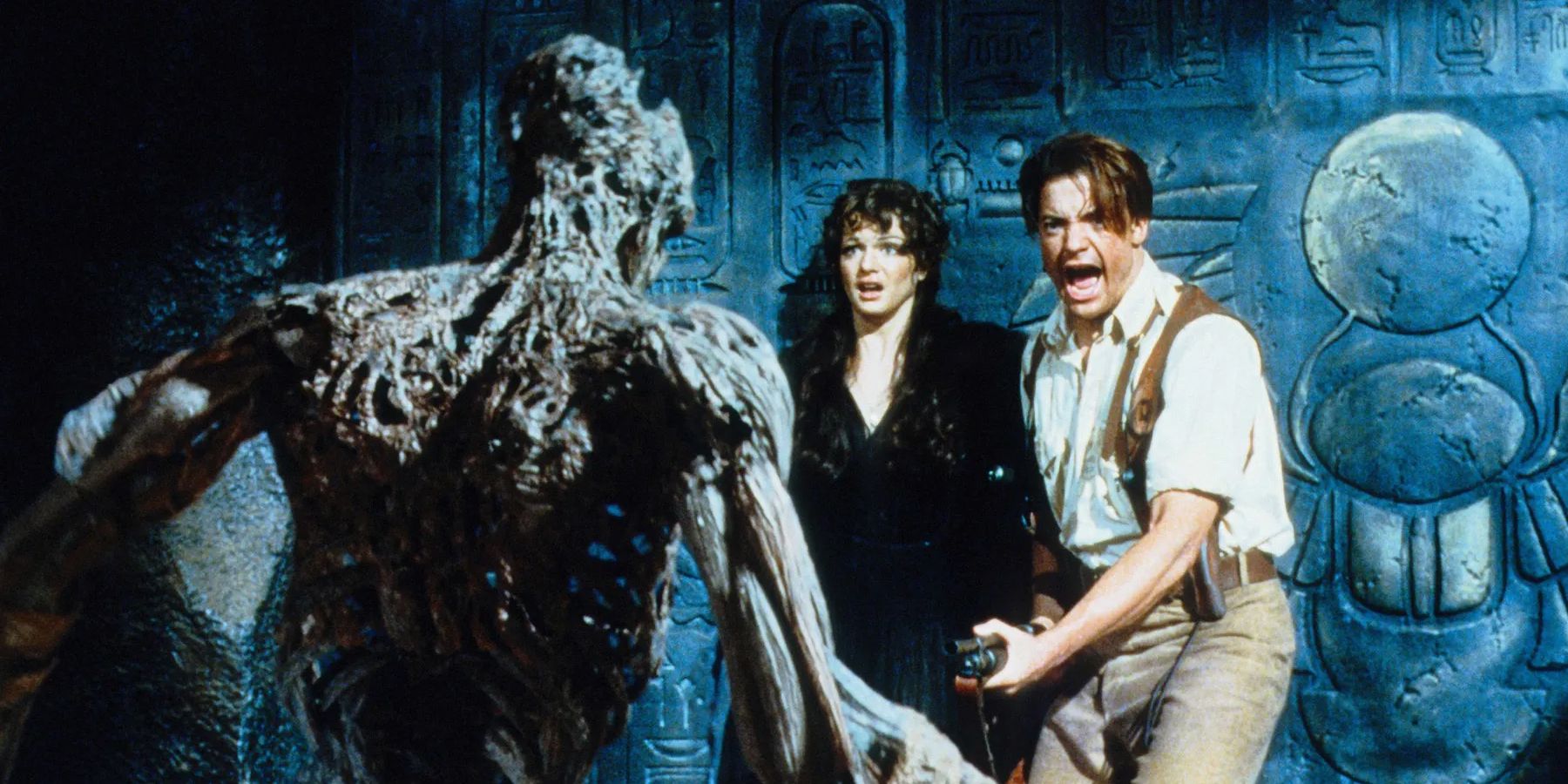 There are plenty of action movies out there, and there’s no shortage of comedies, horrors, or even adventure movies (although real adventure movies are pretty hard to come by these days). But 1999 The Mummy did something that had never been done before and blended these genres together, creating a unique, heartwarming and thrilling roller coaster ride and characters that forever captured the hearts of audiences.

Technically, The Mummy is a remake of the black and white film of the same name from 1932, but in reality it has more in common with that of Spielberg Indiana Jones than with classic horror slow paced and full of suspense. With its captivating sense of adventure, wacky humor, spooky supernatural vibes, horror elements, and stellar cast, The Mummy created a perfect magical blend that many movies have tried and failed to replicate. So how exactly did he manage to do this?

There is something about the 1920s that screams “adventure”. Everything has not yet been mapped out; there is no internet to aid in the search, no GPS for navigating the desert, and no cell phones to alert other members of the expedition. At the same time, a bit like Indiana Jones and Raiders of the Lost Ark, The Mummy chooses the setting of Egypt, which is a perfect “distant land”, filled with a thousand-year-old history and shrouded in mystery. It has majestic pyramids and ancient temples, promises of hidden treasures, challenges in the form of a ruthless climate, deadly wildlife, and dangerous inhabitants that make the payoff at the end of the journey all the sweeter.

The Mummy wouldn’t be the same without its main protagonists, Rick O’Connell (Brendan Fraser) and Evelyn Carnahan (Rachel Weisz). However, these are not the typical adventure heroes.

O’Connell, while brave and physical, is not your typical action movie hangman. Instead of being a martial arts expert, knocking out baddies all at once, he knows when to run away and when to scream at the mummy face. He doesn’t take himself too seriously, isn’t afraid to sound silly, is disarmingly honest and has a good heart which makes him approachable and endearing to the public.

Evelyn also breaks the stereotype – she’s neither a damsel in distress nor a sexy grave robber in a tank top. She’s a bookworm, who takes pride in being a librarian, and while not much of a fighter (although she does become more gifted in the sequel to the film), she is fiercely courageous, stubborn, and naughty. ain’t afraid of a camel race. At the same time, she is the personification of a childish wonder, a wide-eyed dreamer and walking disaster, who knocks down shelves like dominoes and resuscitates the mummy by recklessly reading an ancient book. The two protagonists complement each other perfectly while providing plenty of hilarious bickering and eye rolling moments along the way.

Imhotep, the mummy herself, has all the makings of a classic horror villain: he has a terrifying appearance (with special effects still surprisingly resilient today), has a troubled past, and is determined to conquer the world. Corn that of the mummy monster has a twist – he does it all for love. Well, love and revenge, but these two often go hand in hand.

Imhotep is also tied into most of the horror elements of the film – from releasing flesh-eating bugs and melting people in acid to stealing their eyes and tongues to outright mummification. It takes a while for him to fully regenerate his human form, so he walks around like a half-decomposed mummy for most of the movie, which certainly adds to the atmosphere. The Mummy could technically be rated PG-13, but it certainly pushes its limits when it comes to the horror elements.

A big part of that of the mummy the charm comes from the fact that he does not take himself too seriously. He throws a bit of slapstick, isn’t shy of physical comedy, and has made the one-liners clear, but they’re delivered so authentically and appropriately by the characters that they become iconic rather than clingy.

Additionally, secondary characters like Jonathan, Evelyn’s older brother, the cowardly Beni, who continues to switch sides until he becomes Imhotep’s servant, and even a seemingly dark Ardeth, a Medjai chieftain who loves to fly on airplane wings, provide additional comedic relief and add to the lightness of the film.

Lawsuits, shootings, sword fights, plane crashes, deadly sandstorms, attempted bloody sacrifices – there are no dull moments in the film’s 124 minutes. But unlike many modern action movies, The Mummy manages to combine these scenes with heartfelt humor, a gripping story, and charismatic characters that keep audiences engaged and cheering them on.

With the incredible success of The Mummy and its established status as one of the most beloved adventure films alongside classics such as the Indiana Jones franchise, it’s no surprise that many films have attempted to replicate its recipe. Lara Croft: Tomb Raider had a lot of action and adventure but lacked wacky comedy and good jump scares. National treasure had elements of adventure and pseudo-archaeological looting, but the emphasis was on action.

from disney Jungle cruise tried so hard to imitate The Mummy that he even introduced an unnecessary brother character (simply naming him MacGregor instead of Jonathan), the similar love / hate dynamic between the protagonists, and an ancient curse that hangs over the bad guys. Frank (Dwayne Johnson) and Lily (Emily Blunt) are clearly meant to be the new Rick and Evelyn, but the chemistry just isn’t there. The humor is limited to a few intentionally bad puns, and more frightening moments can be found in Goose bumps.

Maybe the new Jumanji installments came closest to replication that of the mummy Recipe. They have silly humor and physical comedy (aided by the presence of Jack Black), there’s a lot of action, but the characters aren’t as relatable, charming, or complex, or, maybe, don’t. Brendan Fraser’s awkward smile.

Interestingly enough, even that of the mummy sequels couldn’t quite hit the same target. While The return of the mummy still had the same elements, they felt less organic, with somewhat forced jokes and extended action scenes. The Mummy: Tomb of the Dragon Emperor replaced the adorable, big-eyed Rachel Weisz with a more professional Maria Bello for the role of Evelyn, and the chemistry between her and Fraser has never been the same. from the dark universe The Mummy was taking himself too seriously, and while fans hoped for the original film’s resurrection, Tom Cruise’s performance took him in a whole different direction, and fan disappointment is reflected in the 18% rating on Rotten Tomatoes.

The Mummy has masterfully blended an easy-to-digest plot, charismatic and authentic characters, light humor, thrilling action, and supernatural ghosts in a beloved and highly revisable film that sets the standards for future adventure films. Standards still to be respected.

The best Black Friday games and tech deals on GameStop

GameStop is finally unveiling its Black Friday deals, and here are the best deals gamers can get on games, accessories, and more.

Nadia is a longtime movie buff who, by twist of fate, became a marketing writer. She finally came to her senses, hung up her corporate cape, and continued to write about all things geeky.

Horror on the Eastbourne stage as Sleepy Hollow comes to town