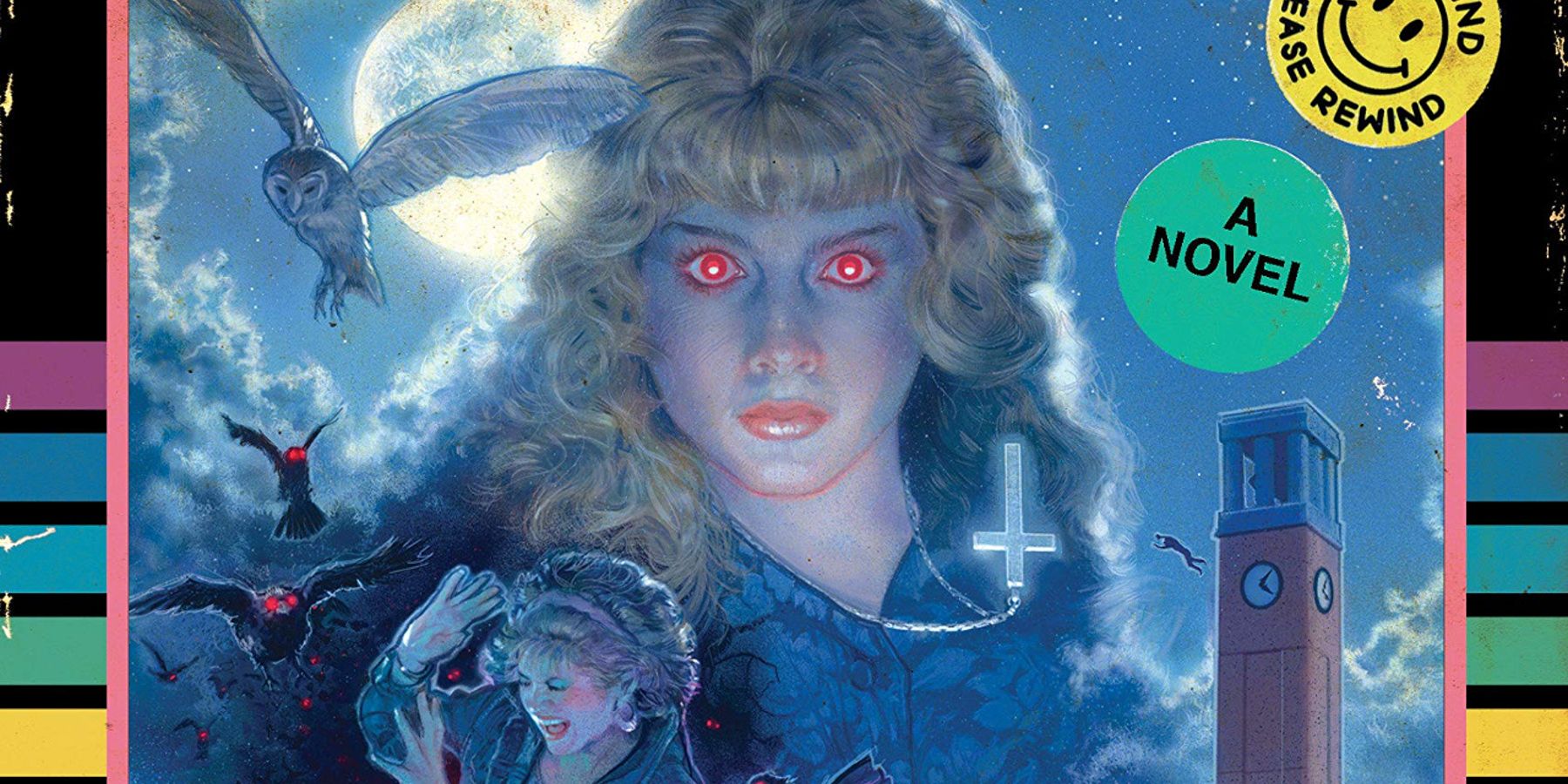 New York Times Best-selling author Grady Hendrix has made quite a career out of horror research and writing. Best known for his 2014 novel Horrorstöra haunted house story set in an Ikea store, his 2016 cult hit My Best Friend’s Exorcism is just as brilliant and will soon be made into a movie.

Described as an “unholy hybrid” between Beaches – Garry Marshall’s 1988 dramedy about two polar opposite best friends – and William Friedkin’s 1973 cult classic The Exorcist, My Best Friend’s Exorcism is set during the Satanic Panic of the 1980s and follows best friends Abby Rivers and Gretchen Lang. Abby and Gretchen, both high school sophomores, have been best friends since Abby’s 10th birthday, when Gretchen was the only person there and they bonded through roller skating, pop music and ET. .

Abby and Gretchen do everything together and frequently express their love for each other with the phrase “dear but not queerly”. At school, they share the same classes and other friends, Margaret and Glee. One evening during summer vacation, the girls are at Margaret’s lake house when they decide to try LSD together. Nothing happens at first, but then Gretchen disappears and things go downhill from there. Returning from the woods battered and bruised hours later, Gretchen is traumatized – and so is Abby. What happened to her best friend, and why is she so weird?

As the days go by, Gretchen’s behavior becomes even weirder. First hearing voices, she then becomes reclusive, and eventually, even sadistic. Abby decides there’s only one possible explanation for this: Gretchen is possessed, and being her best friend, it’s her job to bring her back, no matter what.

My Best Friend’s Exorcism is a must-read for horror and ’80s fans. Hendrix wears his inspirations on his sleeve with this novel, evoking the cult horrors of that era, and you can almost smell the hairspray emanating from the pages. Scary, fun and campy, it drew comparisons to Heathers and mean girls, but is unique enough to warrant its own cult. And in addition to its story, it deserves extra praise for its ingenious use of (super relevant) songs as chapter titles and its gorgeous VHS-inspired cover art.

Two years later My Best Friend’s Exorcismit was announced by The Hollywood Reporter that Endeavor Content has acquired the film rights to the novel and that Christopher Landon will produce it, alongside Gotham Group and Quirk Books. Landon is the director of the slasher comedies happy day of the dead and Weirdand THR reported that he was developing the film as a “potential directing vehicle”. However, it has since been announced that established TV director Damon Thomas will direct, marking My Best Friend’s Exorcism as his first directorial feature.

Not new to horror, Thomas has directed episodes of dreadful penny and Draculaas good as night thieves and Kill Eve. For the film, he will be joined by screenwriter Jenna Lamia who also has a background in television, having written episodes for 90210, Annoying, Not tomorrowand good girls. Hendrix himself will also serve as a creative consultant on the film, overseeing the adaptation.

The cast of My Best Friend’s Exorcism was announced in 2021, with Elsie Fisher leading the ensemble as Abby. Fisher is best known as the star of Bo Burnham’s coming of age film Eigth year, where she plays the lead role of Kayla Day, an introverted eighth grader who spends her free time posting self-help videos on the internet. The actress isn’t new to horror either, as earlier this year she starred in David Garcia Blue’s Chainsaw Massacre: the ninth installment of the TCM franchise. Fisher will be joined by Amiah Miller who will play her on-screen best friend, Gretchen. Miller Has Previously Starred in David F. Sandberg’s Horror Curfewand science fiction by Matt Reeves War for the Planet of the Apes.

Other cast members include Rachel Ogechi Kanu (Deadly Enemies, Cheers for your life) who will play Margaret, and Cathy Ang (above the moon, And just like that…) who will play Glee. Promising young woman Star Chris Lowell will also make an appearance as the pious meathead who plays an important role in Gretchen’s exorcism.

My Best Friend’s Exorcism will be distributed by Amazon Studios but does not yet have a release date. Hendrix fans, however, will be pleased to hear that Horrorstör is also being made into a movie and has been in the works for quite some time now. Not much is known about the adaptation other than it was originally meant to be a series, but it’s now gone the feature film route with New Republic and Aperture Entertainment set to produce. Deadline also reports that Quirk Books and Hendrix are set to serve as EPs on the film, with Hendrix adapting his own material for the first time. Lots on the horizon for that hardcore horror fan!