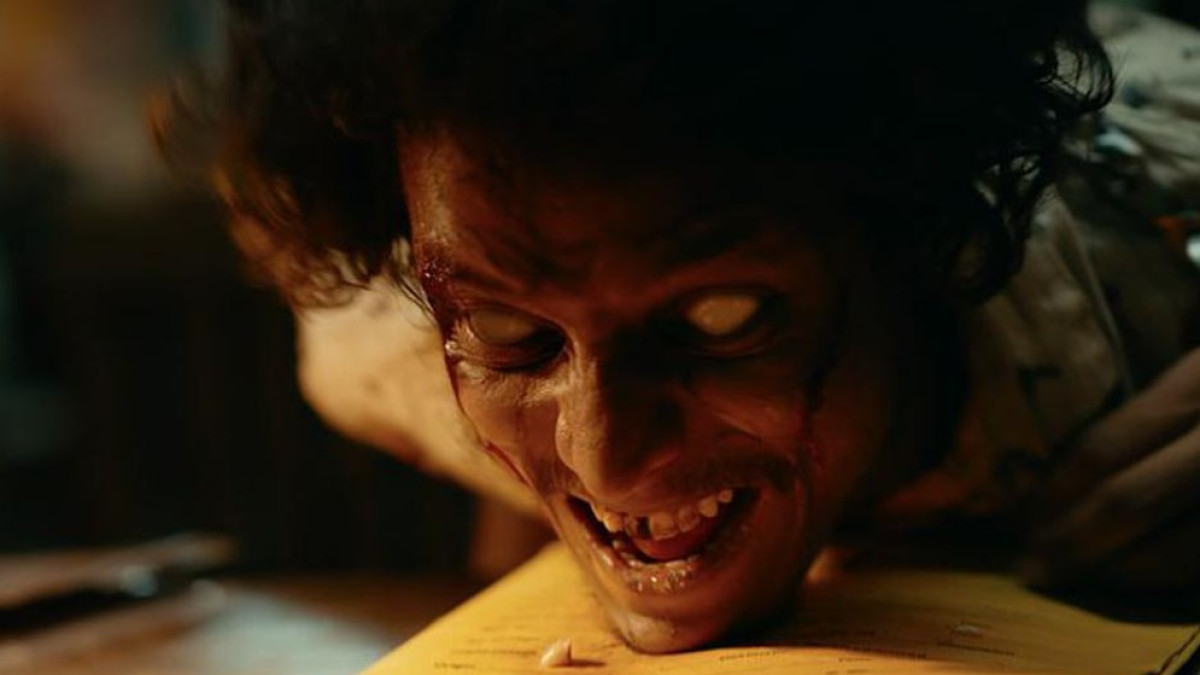 The lives of a newly married middle class couple and a slum dweller who dreams of dignity for his people come together when the town they live in is hit by a zombie apocalypse! This is the premise of the recently released film “Zombivli” by Aditya Satpotdar.

“The idea for the film really came the minute we were under the first lockdown. It only struck me then, that this was the perfect scenario, because mentally and emotionally it was like we were in a zombie apocalypse, caught inside the house and this virus taking over everything I always wanted to do. It was not only me, but all of us who attempted the film, we identified with this scenario”, explains Aditya Sarpotdar.

Despite its apocalyptic themes, which make any such film or series feel globalized, India has rarely had such projects. “Rise of the Zombie” by Luke Kenny and Devika Singh, “Go Goa Gone” by Saif Ali Khan, Vir Das and Kunal Kemmu, “Zombie Reddy” by Sajja Teja and Anandhi and “Betaal” by Netflix and the third episode of the film anthology “Ghost”. The stories are the only examples of zombie-based projects that worked well before the release of Saptodar’s “Zombivli”.

“Stories cannot be limited to zombies. There must be a local narrative. You connect with. Dombivlli, as a space, because it has many interesting facets, such as the civic crisis, the water crisis, it is a very densely populated area where a mixed group people live. Now this serves as the perfect backdrop for the zombie attack scenario. “, he adds.

The film received rave reviews for carefully presenting a critique of class division, rather ignorant urban development projects and the prejudice of the wealthy against slum dwellers, while vividly painting a picture of unfolding carnage. when a zombie outbreak begins in a hospital and reaches a slum, and the closed colony next door.

“In such a cataclysmic event, you tap into human emotions, because ultimately it’s all about human survival. People come from different backgrounds, cultural structures and different classes, to come together to survive. to an apocalypse,” he says.

“Zombivli” is one of many recent examples, which however point to a turning point in the evolution of horror titles. The creators focus on presenting supernatural stories, myths, legends, and lore from the inner country, using universal tropes, such as jump scares, to create titles in this genre.

The 2017 Tamil language film ‘Downstream’ directed by Milind Rau, is a chilling tale of two families haunted by ghosts, set in Himachal Pradesh, has been hailed by critics across the country not only for the usual tropes associated with a horror film as shock, horror, fear, and even borderline nausea, but also for not exploiting religious beliefs, using special effects, or substandard melodrama, which is often the criticism of any horror film. horror in India.

“People used to say that Alfred Hitchcock used to wait outside theaters, to see how people would react to alarm jumps or those terrifying moments in his film. I think there’s something really rewarding thing to see people react to that moment, that you’ve built, it’s not an easy genre to attempt there’s a lot of detail that goes into making a good horror movie or horror movie. “a show. One slight second of bad editing, and you lose that moment and all the thrill of it,” he says.

‘Downstream’ isn’t just a conventional horror movie with a human versus devil storyline, but actually has a vibe of good spirits versus evil spirits, which results in the two families getting caught up in this standoff. supernatural, after the daughter of one of the couples who had just moved into the new (haunted) house, invites unwanted elements inside.

“There is a 15 minute black and white scene, which is in Chinese language, which explains the backstory of the ghosts. Everyone told me that was the soul of the film. No one in a mainstream horror movie would even think of doing such a thing. But it was important to the story, and that’s why it was done,” says Rau.

“’Aval was made in Hindi and Tamil and then dubbed into Telugu as well. Yes, it was not well promoted in the Hindi belt, but when I went to Mumbai, I saw how excited people were. Even the Telugu version, it took on a life of its own and stayed full for days,” he adds.

Reliance on stories from the country, without seeking to adapt films from successful film industries like Japanese, Korean, or Hollywood, has also pushed directors to find the right cast.

“Each place usually has its own legends, its own local horror stories, local hunting spot, local haunted house, even ‘Stree’ was based on a local Bengaluru legend – ‘Nale Ba’, which means ‘Oh Woman Come Tomorrow”. Thus, horror stories are part of our culture. The hinterland as it is not urbanized forms an interesting setting for a horror film, which in turn gives it a local flavor, means something new and fresh for people to watch in the cities and something local for people in the hinterlands, which means more public acceptance,” say Shiv Chauhan and Ashish Khare, who served as casting directors for the 2018 horror-comedy film “Stree.”

The film is one of the first horror comedies to cross the 100 crore mark and boasted of a stellar star cast including Shraddha Kapoor Rajkummar Rao, Pankaj Tripathi and Abhishek Banerjee.

“Horror movies also revolve around normal people like any other movie. Our basic process is the same, read the script, talk to the director to find out his vision for the movie and the different characters. But yeah, there are finer details like, it is possible that an actor could exaggerate when portraying the emotions in a haunted scene.There is a fine line of drama and realism, and an actor should keep in mind during the audition and we keep that under control. We look for that balance in the representation of emotions,” they explain.

While there is a lot to do in terms of exploring new genres of horror, just as the Japanese/Korean and international film industries have done, it is certain that the breed of new filmmakers has turned the page of Indian horror story. titles and the general perception surrounding them.

“Unfortunately, when it comes to India, they have always been doing horror in a certain Bollywood style. But now with the exposure of the public to global content, that is changing. opportunities are slowly and surely opening up for different styles of storytelling,” says Vishal Furia, who directed the Hindi horror film “Chhori” starring Nusshrat Bharrucha, and the filmmaker soon announced his sequel following the success of the first film. .

For Furia, and the rest of her peers in the industry who are avid horror fans, understands the craving for more desi horror stories.

“Around the world, Horror has evolved into new sub-genres. It is used to tell psychological horror stories, stories of social ills, and dystopian horror stories. Indian audiences also watch this global content. And now audiences are ready and hungry for pure Indian horror. Fortunately, movies like Lapachhapi, Tumbbad, Chhorii are now accessible to audiences through OTT platforms,” he says.

“So making genre horror films will now be a challenge for Indian filmmakers. Audiences will no longer blindly accept Bollywood tropes and get carried away with horror. India has great diversity of states, languages ​​and cultures and each has their own stories and folklore of good and evil, spirits and urban legends.With such a massive library available, there is no need to focus on the West,” he adds.