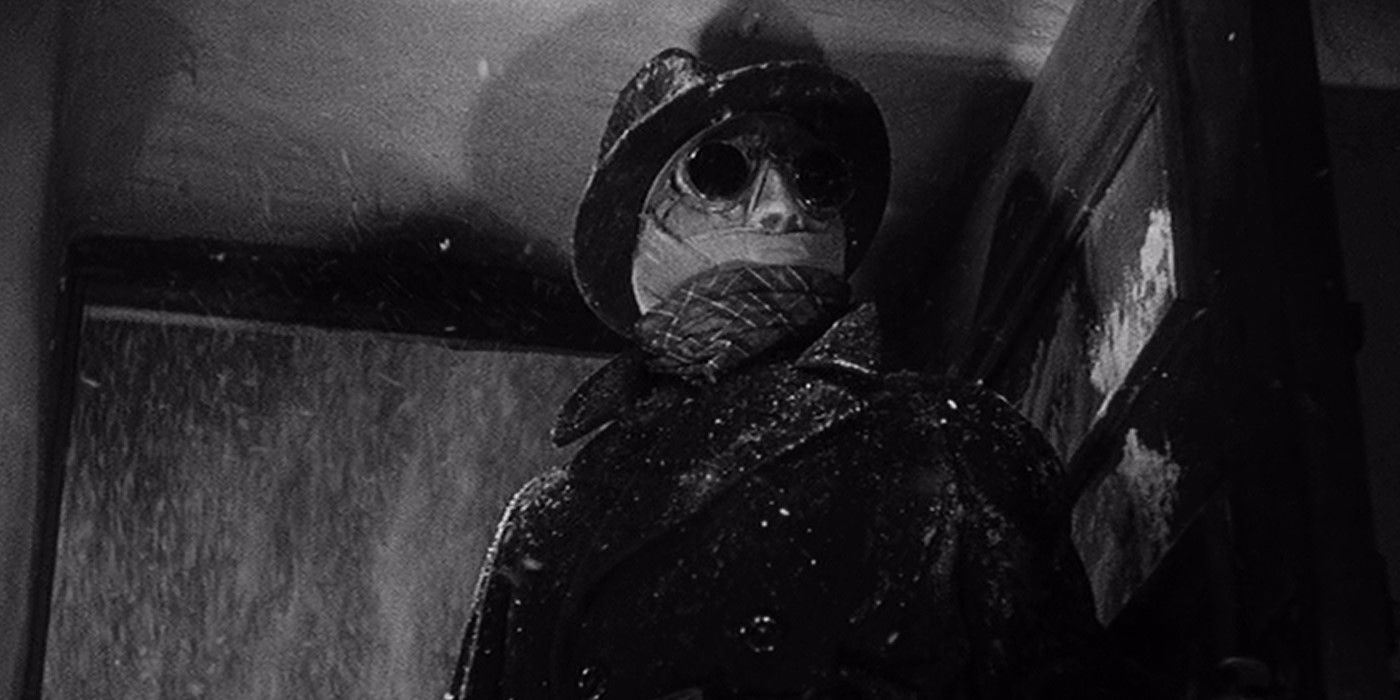 The Universal Classic Monsters were known for many firsts, even though they never officially got the credit they deserved. For example, these films helped lay the groundwork for a cinematic universe long before it became mainstream studio strategy. But when it came to camera work and special effects, the Universal Classic Monsters also paved the way for what would later become standard practice in the genre. One of the best examples of this can be seen in the unsuspecting but groundbreaking 1933 film, The invisible Man.

The invisible Man followed an unlucky scientist who had finally mastered the key to invisibility. But despite all his success, he was destined to suffer, as he had no way to reverse the effects of his serum. Instead, his mind slowly fractured and he eventually became a threat to a small town, taking over 100 lives in the process. Most of the film showed the titular protagonist in bandages to hide his truly transparent self. But for those times when it needed to be half visible and half invisible, the documentary The Invisible Man – Revealed! showed how advanced cinema was and how his character set the stage for the modern green screen.

RELATED: War of the Worlds: A Trilogy of Invasive Adaptations, Explained

Throughout the film, there are several instances where The Invisible Man was to be present as a simple set of loose-fitting clothes. To bring this to life, special effects artist John P. Fulton spearheaded the project and came up with clever camera tricks to show examples of a man wearing clothes with no body. The documentary explained that the practice was a clever use of black velvet that the actor would wear over the parts that were to remain unseen. This would then be photographed against a black velvet background, and the real background would fill in the gaps. The finished product would result in a man who was there but not there at the same time.

These techniques would later help bring the film’s reimagining to life, where instead of black screens and multiple shots, The Invisible Man would be scaled entirely green and deleted on a computer. However, without what was accomplished in the original film, the special effects probably wouldn’t have become the juggernaut it is today. So while it may not be the most iconic, it’s likely that even with Universal Studios’ other successful franchises, The invisible Man is his greatest contribution to the medium.

Since then, Universal Classic Monsters has earned a reputation for being ahead of its time, and rightly so. From their narrative themes to the special effects of these films, classic monsters have offered as much professional contribution as the horror genre. But in the case of The invisible Manthis unique sci-fi horror film may have peeked into the future and used its skills to lay the groundwork for more advanced films nearly a century later, all thanks to the work of John P. Fulton and others like him.