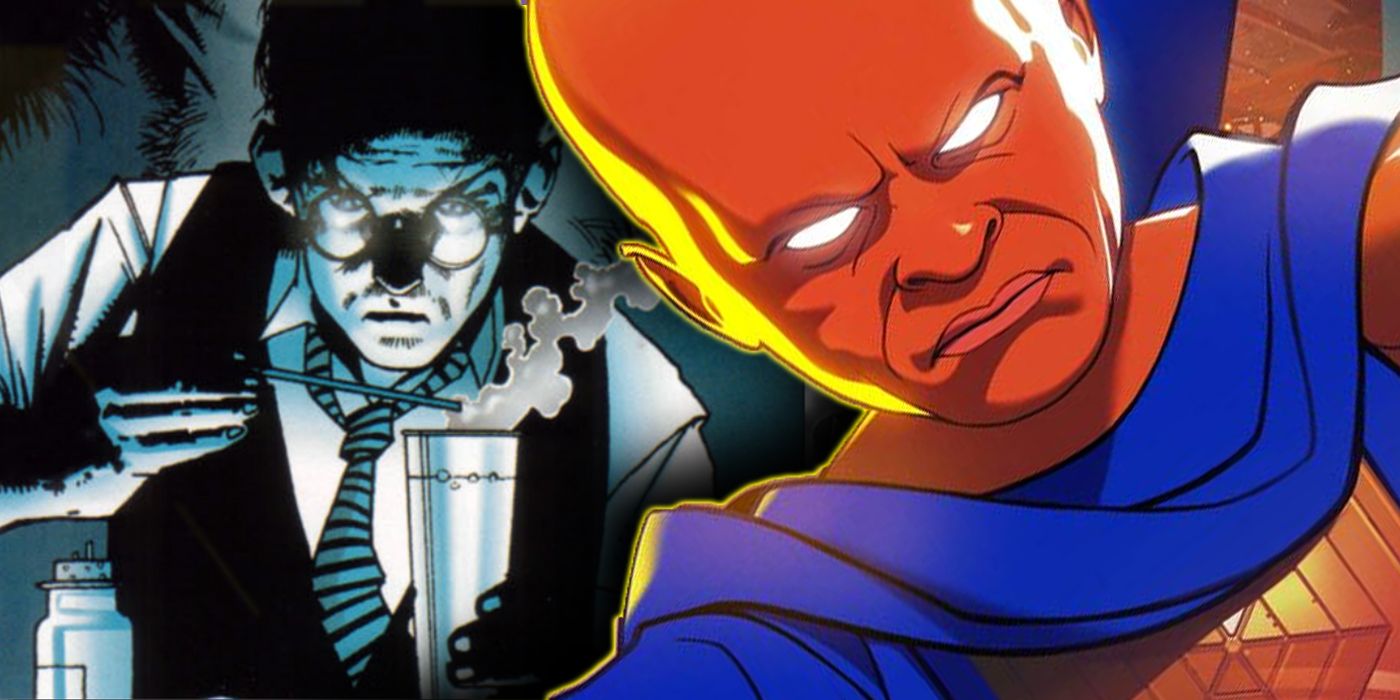 NOTE: if my twitter page reached 5,000 subscribers, I will be doing a bonus edition of Comic Book Legends Revealed that week. Good deal, right? So will follow my Twitter page, Brian_Cronin!

A few days ago I wrote that there was a 1996 issue of What If …? deemed too dark to adapt to the new What if…? TV series on Disney + and always keep it as a PG-13 rated episode.

As I wrote then …

{w]riter AC Bradley was on The post-credit podcast and asked about ideas that were not included in the What if …? series and among others, she noted, “There were a few episodes that were just a little too dark. There was an original What If race where Spider-Man turns into a real spider, and it was just too dark and too much body horror for their PG-13 (rating). “

RELATED: How Does an Unused Steve Ditko and So ..? Comics resurrected the series

The original comic was “Arachnamorphosus” from June 1996 from What if…? # 88 by writer Ben Raab, artists Ariel Olivetti and Agostin Comoto, colorist Marie Javins (with additional enhancements by Malibu Coloring) and letterer Richard Starkings. The book was the second issue of a new take on the famous alternate reality comic book series, where the series would highlight specifically “darker” alternate realities.

In “Arachnamorphosus” (which has a surprisingly disturbing Olivetti cover), the story takes place in the future, where Peter Parker and his son live an isolated existence. Peter constantly studies his and his son’s body chemistry, hiding the fact that Ben is a mutant. Throughout the story, Peter begins to lose control of himself, as he transforms into a disturbing human-spider creature.

After Ben is attacked by Flash Thompson’s son, his mutant powers are revealed and Flash’s child is severely (possibly fatally) injured. Flash forms a mob for revenge, but Peter sacrifices himself so his son can escape. At the end of the issue, we see that Ben has come all the way to Westchester to get to the Xavier Institute for Mutants.

The story would have fitted well, but it certainly had some very spooky visuals, so it was too much for modern animation not to get an R rating.

What struck me, however, was how funny it was that a comic that passed the Comics Code Authority in 1996 was too much for a PG-13 in 2021. But then I noticed that the cover of What if…? The number 88 visibly lacked the comic book code stamp, which WAS present on all the other issues surrounding it …

including another striking cover from Olivetti on the following issue …

RELATED: An Incalculable What If …? Have you seen Cyclops training the Avengers to fight Professor X ?!

And I noticed a few places online were suggesting this issue is NOT comic book code approved. It felt a little fishy to me, though, as I didn’t think Marvel was doing this in the 1990s (they did at other times). So I interviewed Tom Brevoort, senior vice president of publishing at Marvel, and he explained that it was Marvel policy that no books were allowed to be released without the comic book code approval at this time- there, so it was just a mistake that the comic didn’t have the stamp on the cover.

Thanks to the always informative Tom Brevoort for the information!

In the Latest Movie Legends Revealed – Find out the bizarre reason why Loki was cut from a cameo filmed in Avengers: Age of Ultron.

OK, that’s it for this episode!

Thanks to Brandon hanvey for the Comic Book Legends Revealed logo, which I don’t even know anymore, but I’ve used it for years and you still see it when you see my old columns, so it’s fair enough to thank it again, I think.

Don’t hesitate (damn it, I beg you!) To write with your suggestions for future installments! My email address is [email protected] And my Twitter feed is http://twitter.com/brian_cronin, so you can ask me for captions there too! Also, if you have any correction or comment, please feel free to email me as well. CBR sometimes sends me emails with emails they get about CBLR and that’s fair enough, but the fastest way to get a correction is to email me directly , honestly. Corrections don’t bother me. It is always better if things are precise!

Here is my most recent book, 100 Things X-Men Fans Should Know And Do Before They Die, from Triumph Books.

If you would like to order a copy, order it here gives me a referral commission.

Here is my second book, Why Does Batman Carry Shark Repellent? The cover is from Kevin Hopgood (the guy who designed the War Machine armor).

If you would like to order a copy, order it here gives me a referral commission.

The cover is by the artist Mickey duzyj. He did a great job on it …

See you next time!

Line it is Drawn: Brand-New What If …? S

CBR lead writer Brian Cronin has been writing professionally on comics for over a dozen years now at CBR (mostly with his “Comics Should Be Good” column series, including Comic Book Legends. Revealed). He wrote two comic books for Penguin-Random House – Was Superman a spy? And other comic book legends revealed and Why is Batman carrying shark repellant? And other amazing comic book trivia! and a book, 100 things X-Men fans should know and do before they die, from Triumph Books. His writings have been featured on ESPN.com, the Los Angeles Times, About.com, the Huffington Post and Gizmodo. It features entertainment and sports legends on its website, Legends revealed. Follow him on Twitter at @Brian_Cronin and feel free to send him any comic book story suggestions you’d like to see featured at [email protected]!

Two new films to be released on Shudder for August 2021