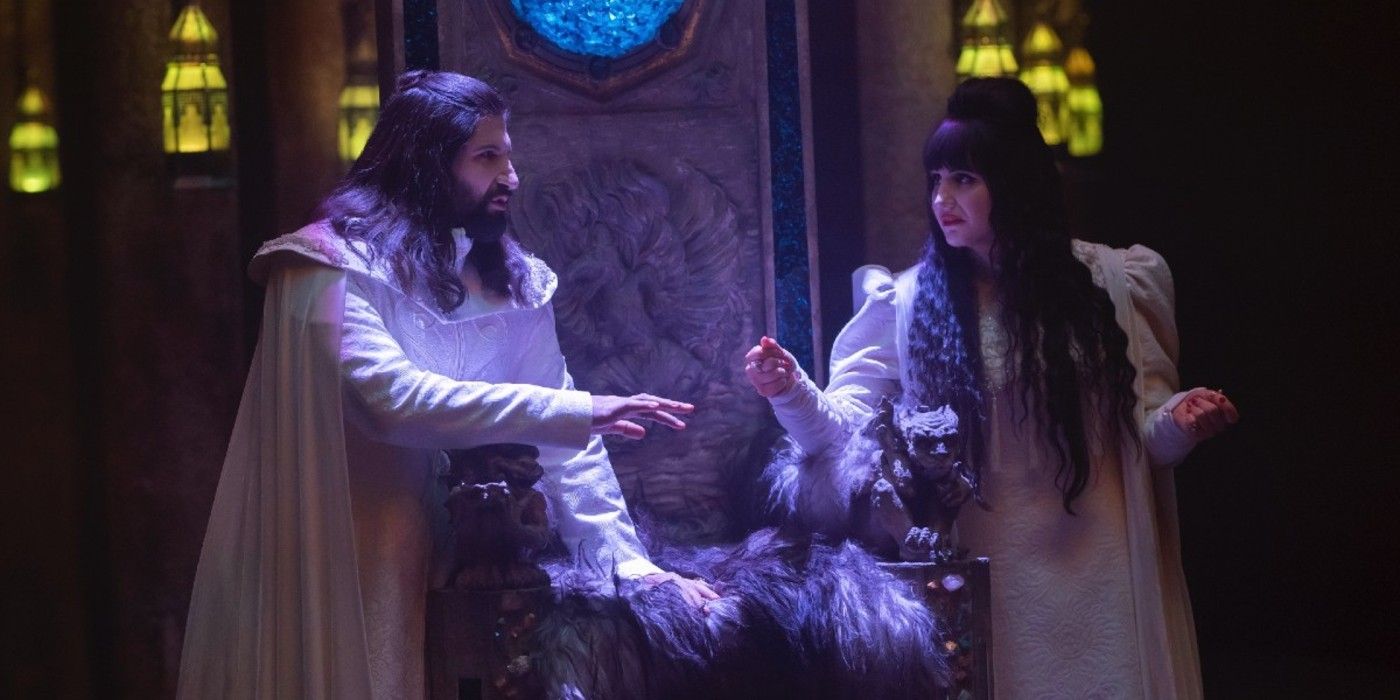 What we do in the shadows refers to Scream’s Ghostface

What We Do in the Shadows latest horror movie benchmark is a shout out to another franchise that has fun with horror tropes.

WARNING: The following contains major spoilers for What we do in the shadows Season 3, Episode 5, “The Judgment Chamber”, now available on Hulu via FX.

What we do in the shadows knows its way around a horror movie benchmark. Whether it’s a vampire board filled with pop culture icons, a gag to Dusk expense, or an ironic reference to The brilliant, he’s not afraid to bring up the larger world of cinematic horror for fun.

The latest in cinematic horror canon has injected some levity into the new responsibilities of vampire roommates with their local vampiric council. In the process, What we do in the shadows pays homage to the iconic mask worn by several slashers in the Scream franchise.

RELATED: What We Do In The Shadows: Nandor Can’t Take A Break With Love

Nandor and Nadja’s feuds over who should sit on the council throne as supreme ruler set the tone for their first vampiric council tribunal. Nandor’s familiar leader and current Vampiric Security Council, Guillermo used the chaos caused by Nandor and Nadja’s dysfunction to take the throne, if only in a ceremonial position.

Once the ceremony finally begins, it is clear that the dysfunction is not confined to the new board leaders. When the trials begin, the little specters who perform menial tasks for the council change their look. Instead of hiding their faces with balaclavas, they wear grotesque masks while serving as the vampire’s ushers.

Nadja is baffled by the change to the Wraith’s uniform (Nandor and Guillermo both seem to ignore her). The guide, who showed Nadja and Nadja the ropes, explains that specters wear “special masks” during the judging ceremony to make them look scarier. It’s another example of the surprising amount of internal consistency to which the otherwise absurd universe of the series adheres.

After the guide explains the purpose of the masks, she blames one of the specters for not being in uniform. Instead of their ceremonial mask, they wear a Ghostface mask. This is not a first for the specter, which the guide only identifies as number 5. His only response is a “every time with that one” waved to Nadja before the specter hastily transforms into a commissioned mask. by the board.

RELATED: What We Do In The Shadows Reveals The Consequences Of Violating The Vampire Travel Rules

Unlike other references on What we do in the shadows, like the permanent rivalry between werewolves and vampires that reminds dusk and Underground world, the Ghostface mask of the specter didn’t take into account the episode’s plot much. It was a sight gag that made sense given the spectra’s all-black cloaks, similar to what the Ghostface killers in the Scream films wear. The guide’s irritation at number 5 repeatedly wearing the wrong mask adds some workplace comedy to the show’s repertoire, which could be a recurring source of humor as Nadja and Nandor continue their work on the board. .

Scream is a franchise appropriate to reference in a horror comedy. We always trade on referential humor. While Scream and What we do in the shadows reside in very different horror subgenres, they both can often have fun at the expense of horror movie tropes. While the sensibilities of Taika Waititi and Jermaine Clement are not the same as those of Wes Craven and Kevin Williamson, it is possible that What we do in the shadows would not exist without Scream paving the way for self-awareness takes horror. It’s nice to see the connection between the two franchises recognized.

KEEP READING: What We’re Doing in the Shadows Suggests Werewolves Can Be Turned Into Vampires


Robert Curran lives in Deep South Texas. He’s a longtime fan of comics, video games, and professional wrestling. He spent five years in the trenches of his local comic book store. Her work has appeared in WWE Magazine (when WWE had a magazine), Comics Should Be Good, and Inside Pulse. Follow him on Twitter @RBCURRAN.