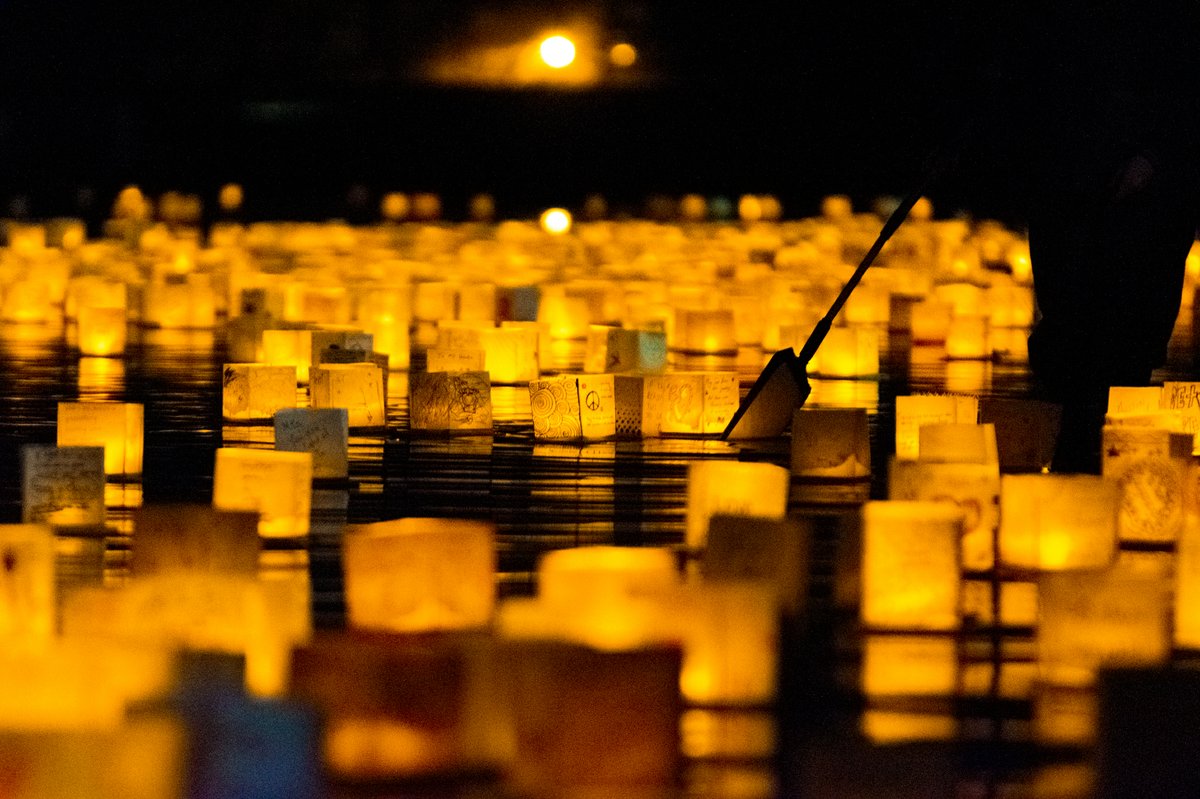 Get ready for all the pumpkins, candies, and treats, because these are the events you’ll want to put on your calendar this month.

Shining eyes twinkle behind pumpkin faces on a cold October night. Candlelit paths filled with over 3,000 hand-carved pumpkins guide you through a labyrinth in the dark. Burning batons are thrown into the air, families challenge each other in outdoor games, and everyone stops to take a selfie (or 10). Pumpkin Nights is back at Howell Farms, and it’s an amazing Halloween tradition you’ll want to join in! If you love everything scary without the gore, fear or horror, then Pumpkin Nights is for you. It’s a perfectly organized fall wonderland designed for all ages to enjoy.

Bubbles make everything better. Sparkling drinks, bubble baths, bubble parties – these are ideal for everyone, whatever your age! That’s why the Bubble Run, billed as a ‘good clean run’, is one of the most anticipated 5K events for families. It’s an easy walk or run, starting and ending with giant foam cannons spraying gigantic bubbles, a DJ playing fun music, and four colorful surprise bubbles throughout the run. The after-party features even more music, bubbles and delicious food to help fuel you up. Not to pop your bubble, but you’ll be super disappointed if you miss this one!

Enchanting lanterns gently glow in the night sky. Thousands of paper lanterns float lazily in the water as people gather to make wishes, dance in the light around the flickering flames, and read the sweet messages printed on the side. It’s like a moment in a movie scene, so captivating and surreal, and it happens right here at the Water Lantern Festival! Your ticket includes a floating lantern kit that you can decorate, a commemorative drawstring bag, and the cleaning fee.

Count one Mississippi, two Mississippi, three – and it will be time for Kane Brown to come to Texas! The sultry “Worship You” country singer is known for his powerful voice, unforgettable lyrics and social media savvy. With his irresistible music, beautiful demeanor, and deep love for family that shines through every song, there’s one thing you’ll know when you go see Kane Brown live!

Following the release of Apple TV’s stunning filmed performance of “Come From Away” in September, we are more excited than ever to see this jaw-dropping spectacle in person. The musical, written by Tony Award nominees Irene Sankoff and David Hein, tells the true story of 7,000 air passengers stranded after the 2001 terrorist attacks and the small town of Newfoundland that welcomed them. Music, friendliness, and strength help bond people and create lasting memories. Buy your tickets today to find out why “Come From Away” is the winner for Best Musical and Critics’ Choice of the “New York Times”!

America’s three most famous brothers are back live! After their 2019 Happiness Begins tour sold over 1.2 million tickets and grossed over $ 120 million, the pop trio are back with their Remember This tour, starring multi-platinum country superstar Kelsea Ballerini. Since reuniting in 2019, the band have released their # 1 debut hit with “Sucker”, an Amazon original movie and their third # 1 debut album “Happiness Begins”. They also won three Billboard Music Awards and an iHeartRadio award in 2020. Expect to hear a mix of fan favorite hits and new songs, like “Remember This” and “Leave Before You Love Me”.

Beer, barbecue and Texas, what’s better? Everything you love about Lone Star State is celebrated in the new Big Tex Run. Choose the 5K or 10K course, where you will have a great view of the AT&T Stadium and the Globe Life Field Ballpark. Then, don your event t-shirt and finishing medal (with a built-in bottle opener) and join the afterparty at Texas Live !, with free beers from Revolver Brewing. If you’re hungry, delicious barbecues are available for purchase. It will be a fun race with a Texas-sized after-party!

Despite releasing their first mixtape in 2007, Machine Gun Kelly has recently exploded in popularity. In 2020, his fifth punk-rock album, “Tickets To My Downfall”, was one of the only rock albums to surpass the Billboard 200 all year round, and this year’s highly anticipated “Born With Horns” (also produced by Blink- Travis Barker of 182) should be equally popular. The artist also won two Billboard Music Awards in 2021 for Best Rock Artist and Best Rock Album, as well as an iHeartRadio award for Alternative Rock Album of the Year. Watch it live this month, playing hits like “Papercuts”, “Love Race” and “Bloody Valentine”.

You already love to watch it on TV, social media and podcasts, but now you can see comedian Trevor Noah live as part of his Back to Abnormal tour! Noah is the host of Emmy-winning “The Daily Show” on Comedy Central and has written, produced, and starred in 11 comedy specials throughout his career. His ability to blend humor and compassion for issues like racism and immigration led him to receive a NAACP Image Award for Outstanding Variety Show and a Grammy nomination for Best Comedic Album. He is also the author of the “New York Times” # 1 bestseller, “Born A Crime: Stories From A South African Childhood”.

Break Point, Shiddat, Britney vs Spears: what to watch on OTT platforms this week