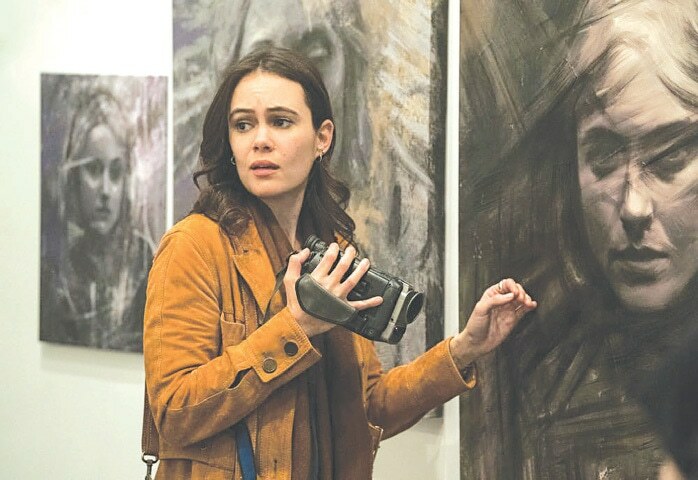 WIDE ANGLE: THE HORROR OF THE FOUND IMAGES – Newspaper

In 1999, the low-budget The Blair Witch Project changed the way horror film was shot, with the use of found footage: a technique hitherto widely used in cult films.

The innovative use of “real life” footage created a trend that continues to influence film and television, with Netflix capitalizing on the horror attractions of found footage with its critically acclaimed Archive 81.

Archive 81 takes the style further, creating an innovative form that changes the use of found images. The show is broad in its use of horror, with the narrative spanning a demonic cult, a pan-dimensional god called Kaelego, and a supernatural mystery that bends space and time. It’s the use of found footage that holds together the program’s various horror/thriller themes.

The eight-part TV series was adapted from the popular 2016 horror podcast of the same name, created by Dan Powell and Marc Sollinger. The story centers on Dan Turn (Mamoudou Athie), a film archivist hired to restore a collection of old video tapes that once belonged to doctoral student Melody Pendras (Dina Shihabi), whose story begins in 1994. She was recording a documentary archeologist investigating the strange happenings in the Viser apartment building, which was built over an old mansion that burned down in the 1920s.

The footage Melody collects is of an unexplained and tragic fire that occurred in Dan’s youth, killing his entire family, which connects the two stories in a continuous intertwining of past and present. As Dan seeks ever more desperately to satisfy his own desire for resolution of his family’s death, Archive 81 blurs the timeline between past and present, drawing the audience into the narrative through the interwoven use of imagery. found.

For many, the Blair Witch Project presented horror through the prism of the real, captured with the new portable video recording devices of the time, and with a low-res, indie feeling of horror. This presentation style was linked to the new way of promoting cinema in the age of the Internet, with one of the most powerful online marketing campaigns ever. In 1999, its promotion through the Internet and word of mouth pioneered the use of online space.

The hype was created by targeted uncertainty among the public, deliberately confusing potential viewers as to whether the story was fiction or a documentary. Were the images real? Were the people shown really dead? The marketing has only served to create more uncertainty – even to the point of filmmakers handing out missing person flyers.

The Blair Witch Project cemented found footage in the horror genre, with other films such as Paranormal Activity following in its footsteps.

In found footage, it’s the characters who “record” the drama in an amateurish style, which is sometimes flimsy and uneven, giving a sense of reality that other horrors don’t have. This sense of reality is reinforced because the images document the narrative, the growth of suspense, terror and horror.

Cloverfield (2008) received critical acclaim for its cinema verité-style narrative. It grossed $172 million worldwide with an original budget of just $25 million. The film, apparently developed from footage from a personal camcorder, includes cuts of older, saved footage of the characters’ lives, before a catastrophic disaster struck.

In Archive 81, the use of found images is used to innovate in form and storytelling. Using both found footage and conventional cinematic techniques, he blends them seamlessly, moving the story forward and backward in time.

The series almost fetishizes old recording technologies – from Hi-8 videotapes to 8mm and 16mm prints, to equipment as obscure as the Fisher-Price PIXL 2000 camera.

Archive 81 is a successful new entry in the horror genre and uses found footage to set up a dual narrative that ultimately connects. In this way, Archive 81 pushes the found footage horror subgenre further than previous examples, with its complicated and narratively thrilling time changes.

This creates an unconventional viewing experience for horror fans – one that will no doubt spawn new ways to use found footage in future horror films.

The author is a lecturer in communication studies at Auckland University of Technology in New Zealand.
Republished from The Conversation

Loans for graduates. Most Graduate Students Are Strongly Determined by Loans